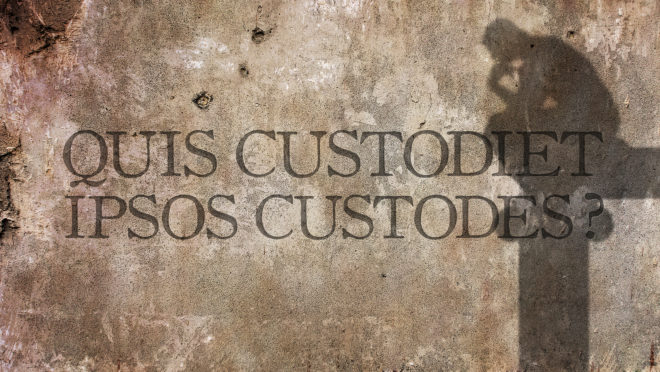 Where the Reuters fact check on hydroxychloroquine went wrong

The world’s eighth-best-rated epidemiology journal published a review on the effectiveness of hydroxychloroquine (HCQ). Based on seven studies with the highest level of medical research rigor, the conclusion was that HCQ decreased the risk of worsening Covid-19 symptoms by about 28% if taken. before from exposure to the virus, but not if taken after the symptom picture is established. THE People’s Gazette covered the publication in the matter.

The respected news agency Reuters, in its fact-checking section in Portuguese, published a check on the coverage given to the review on social media. The title focuses on two points: that the study “does not prove efficacy” of HCQ, “nor was it done by Harvard”.

In the body of the text, the Reuters points to social media posts that drew attention to the review with “false claims” and reports that the experts consulted “pointed out flaws in the research methodology”.

Usurping the official means of debate

One of the most revealing phrases of the check of the Reuters is “the publication does not mention that there is scientific proof of its effectiveness”. Now, but not mentioning “scientific proof” is a problem. of almost every scientific article in areas that depend on empirical data (accessible to the senses) such as medicine. The articles almost always present a cautious and humble language about what can be affirmed based on the data they had access to about the phenomenon under investigation, and they seek to organize uncertainty with the tools of statistics.

“Scientific evidence” is more of a term you see in newspapers than in specialized publications. It is not even a term favored by philosophers of science, who prefer to speak of “corroboration,” accumulating evidence, solving puzzles (a term by Thomas Kuhn, a philosopher of science who emphasized the sociology of the scientific community and the history of science with periods of ‘normal science’ interrupted by ‘scientific revolutions’) and, when there is a vocabulary with more conviction, it is in the direction of refutation, not confirmation – as Karl Popper did, a philosopher of science considered a rival to Kuhn, who emphasized logic more the justification of scientific theories. “Proof” and “proof” are more suitable terms for proofs of theorems in mathematics or deductions in logic. The problem of the lay vocabulary of checking is repeated in “the study itself cannot be treated as proof of efficacy” — in fact, because the purpose of medical studies is not to give “proof” of anything, strictly speaking.

By listening uncritically to the experts interviewed, the Reuters
ended up repeating the mistake made by them pointed out by the review itself: the “fallacy of the sharp line”. This is evident when the agency speaks of “solid clinical trials have already ruled out the drug’s benefits” and “solid research has demonstrated its ineffectiveness”. The issue is precisely the statistical “solidity” of the articles and whether the interpretation is correct. As explained to People’s Gazettethere are statistical conventions that are being misinterpreted by an alarming number of researchers, and who are raising the alarm are experts in mathematics and statistics, in addition to more than 800 scientists who signed a letter to the scientific journal nature just before the pandemic, in 2019. The appropriate forum for this debate between medical scientists and statisticians is academic journals, not news agencies.

Another correction of Reuters What is unnecessary is the insistence that it is not a “Harvard” study. Now, “from Harvard” does not necessarily mean that Harvard University was the source of funding. It is an appeal to authority made by those excited by a positive conclusion of the review, which also presents a negative conclusion regarding post-exposure prophylaxis. But appeals to the authority of the institution by some of the participants, including the first author, are not the same thing as a simple “falsehood” demonstrable by journalistic checks. Once again, checking is out of the question. The fact is that we all depend on the opinion of experts in areas we don’t master, and we often use the prestige of institutions like Harvard to give a weight of reliability to what we read and hear.

Many contemporary philosophers insist that a correct stance in any debate is interpretive generosity: instead of punching holes in the details of what an opponent is saying, you make the best possible version of his opinion, and then criticize it. Instead of being a scarecrow of the opinion of others, one becomes an “iron man” of it. The posture of checking seems to be the opposite: interpreting with the least possible generosity what lay people say on social networks about specialized publications that they do not fully understand, for example presuming that “from Harvard” means much more than “there are scientists institutionally affiliated with Harvard”. between study authors”.

at least to Reuters interviewed one of the heads of the review, Miguel Hernán, and gave him the opportunity to respond to the criticism. However, it is worth remembering that the average reader will not understand the nature of the criticisms, and checking is not the appropriate forum for debate. There is an impression that critics are unhappy that Hernán’s review has passed the sieve of the epidemiology journal, but will take the opportunity of the check to insinuate that something lax was done by the journal. Even if it is true, it is beyond the scope of a journalistic check.

Another impression is that the check can be used willingly as political pressure on the magazine for having stepped outside the line of orthodoxy, especially when the editor-in-chief of the magazine, who speaks of “investigation”, is interviewed. Now, the investigation phase should preferably take place before the publication of the article, later criticisms should be presented in new articles and not as an attempt to retract the article for blasphemy. All the reader sees is one side claiming that the studies used in the review are of “low quality”, and the other side answering that they are not. There is a truth to be checked, but journalists are not qualified to do so.

The fact (checkable) is that the review does not please the Greeks or the Trojans, but the authors’ scolding is evident: it is with the informal consortium of some researchers, social media personalities and some journalists who incorrectly interpreted the data from the first studies of the hydroxychloroquine, giving a false certainty of “proven ineffectiveness”, which created pressure on the part of public opinion that ended up prematurely ending the other studies.

Some of the social media publications accused of falsehood are under censorship, for example, from Instagram, which says that the content of a correct headline from Revista Oeste (presented in the form of an image) regarding the review is “false” and credits the demonstration. from falsehood to Reuters. THE Reuters also calls false content published on Oeste’s own Instagram, where Instagram curiously did not apply the same censorship, despite the almost identical content of the two publications. It seems that censorship is permissible when the target is an individual user without a lot of resources to defend themselves. Being cited as a reason for censorship is a great responsibility to be carried by a journalistic vehicle, which should value full freedom of expression even for false things to be said. The solution to falsehoods is more expression, not less.

It so happens that, when it comes to empirical research, what seems false today may turn out to be true tomorrow, and there is no infallible method of journalistic “checking” that can replace the research that causes this kind of turnaround. Perhaps what this state of affairs reflects is that there is a tacit agreement of editorial lines between Instagram and Reuterswho share a vision of the world, and an animosity towards the editorial lines of publications such as Oeste and People’s Gazette. Under the patronizing and condescending pretext of replacing the reader in his individual responsibility to refine his beliefs towards the truth, a selective application of vague policies of content moderation is exercised. To friends everything, to enemies, the checking.