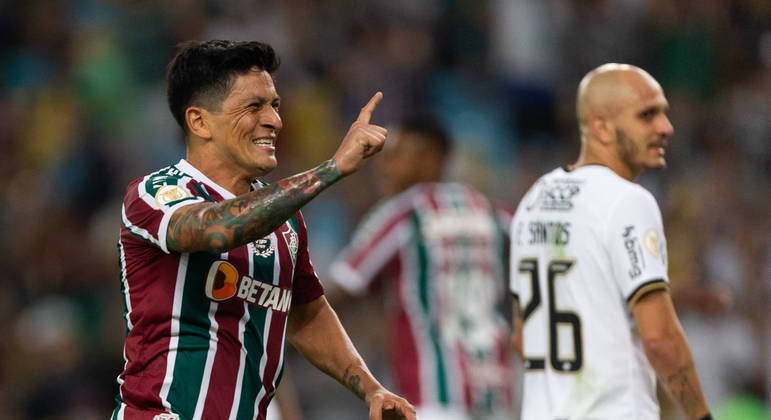 With Maracanã full, Fluminense and Corinthians open semi-finals of the Copa do Brasil – Sports

A full Maracanã for a decisive game. Fluminense and Corinthians face each other this Wednesday (24), at 19:30 (Brasília time), for the first leg of the Brazil’s Cup.

More than 50 thousand tickets have already been sold and the Tricolor Carioca fans are preparing a beautiful party in the stands of the biggest temple of Brazilian football.

Flu comes packed after a 5-2 triumph over Coritiba, Brazilian. Corinthians was defeated by Fortaleza 1-0, but in the Copa do Brasil the last game was a rout over Atlético-GO, which gave the classification to Timão.


André, who has the flu, could be an important absence for Fernando Diniz’s team. Three players fight for the spot if the youngster doesn’t play: Martinelli, Wellington and veteran Felipe Melo. The Flu trusts in Germán Cano’s striker nose.

Corinthians, on the other hand, comes with almost all its maximum strength. Maycon and Paulinho, injured, are not available. Bruno Méndez, who is not registered in the competition, is also absent.

There have already been one hundred matches between Fluminense and Corinthians and the São Paulo team has won. There are 36 victories, against 34 for the Cariocas and 30 more draws. The last duel between the two was in the Brasileirão and Flu thrashed 4-0.


CBF makes a list of 18 young people with the potential to be ‘the best in the world’; meet the players

Previous Disney+ Day: “Thor: Love and Thunder” Will Be New in September
Next Desperate Luciano Hang says he was included in a coup group because his cell phone “is public”