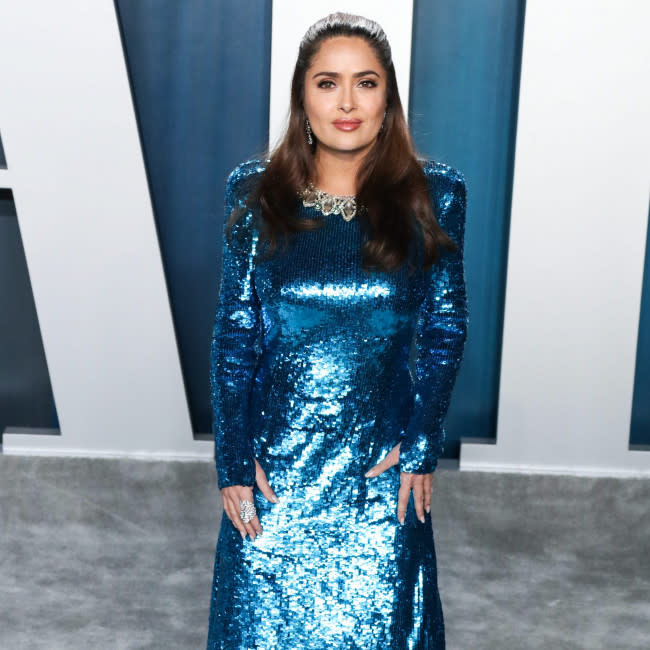 ‘Angelina Jolie is the best director I’ve ever worked with’, says Salma Hayek

Angelina Jolie is “the best director” Salma Hayek has ever worked with.

The co-stars in the movie ‘The Eternals’ recently collaborated on ‘Without Blood’, an adaptation of Alessandro Baricco’s bestselling novel, which Angelina directs and Salma stars in. And Salma was “dazzled” by the filmmaker’s kindness.

She told ‘Deadline’: “Angelina is the best director I’ve ever worked with. I loved working with her; I enjoyed every second of it. It’s a difficult piece, but it was so delightful to come to work every day. She’s a genius and I think this might be her best movie so far. She did an amazing job, really.”

“I was completely blown away by her mind, her dedication, her technical knowledge and her control of every aspect, as well as her vision which is so clear. She is so good with actors, so passionate and so focused. But most of all , I was blown away by her kindness to every single person on set. I talked about it with my co-star Demián Bichir and we said, ‘Wow, she’s really something.'”

‘Without Blood’ – Angelina’s fifth feature film as a director – tells the story of the murder of a man and his family, during which only his four-year-old daughter, Nina, survives, thanks to an extraordinary act of mercy by one of the attackers.

Years later, she tries to track down her family’s killers and reunites with the man who saved her.

The film is part of Angelina’s new deal with TV company Fremantle.

Previous TIM opens store in Blumenau focused on customer experience
Next Hulk gets out of the car and talks to members of the organization: ‘Lack of will is not’ – Rádio Itatiaia