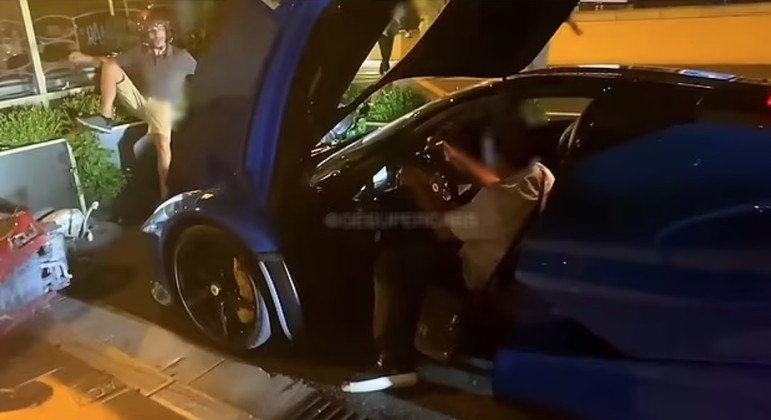 A careless valet was responsible for an accident involving a Ferrari valued at R$6 million. The act was recorded in Monte Carlo, Monaco, and posted on YouTube, on a channel specializing in big cars.

The recording begins with the valet driving the vehicle, a blue LaFerrari. After carefully stopping at a crosswalk, the professional gets out of the car to make way for the driver.

Meanwhile, the Ferrari was still filmed and admired by pedestrians passing by. Seconds later, the car continued to drive on its own and collided with some scooters ahead – the valet even tried to take the wheel again and avoid the accident, but to no avail.

A few seconds later, a guy who probably owned the LaFerrari appears calling the valet “stupid!” several times and other curses that it is better not to mention.

At the end of the video, it is possible to see the car filmed the next day, with no noticeable breakdowns.

The video, published on the GE Supercars channel, does not reveal the details of the accident, but it is suspected that the valet did not know how to handle the car’s electronic handbrake. Some commentators stated that the situation seems strange as the car was stopped for a few seconds before continuing down the street.

The LaFerrari was released on a limited basis in 2013 and came to be called “the ultimate Ferrari”. The vehicle’s engine is hybrid, which guarantees a fuel economy of 40%, even though it has the highest power among all the cars of the brand.


READ BELOW: Rare Ferrari valued at R$5.6 million catches fire in the middle of the street

Previous Most PCIe 4.0 SSDs should support DirectStorage
Next Discover the real story behind ”Candy”, a miniseries available on Star+

The largest active volcano in the world has been erupting since Sunday (27)! Have you …