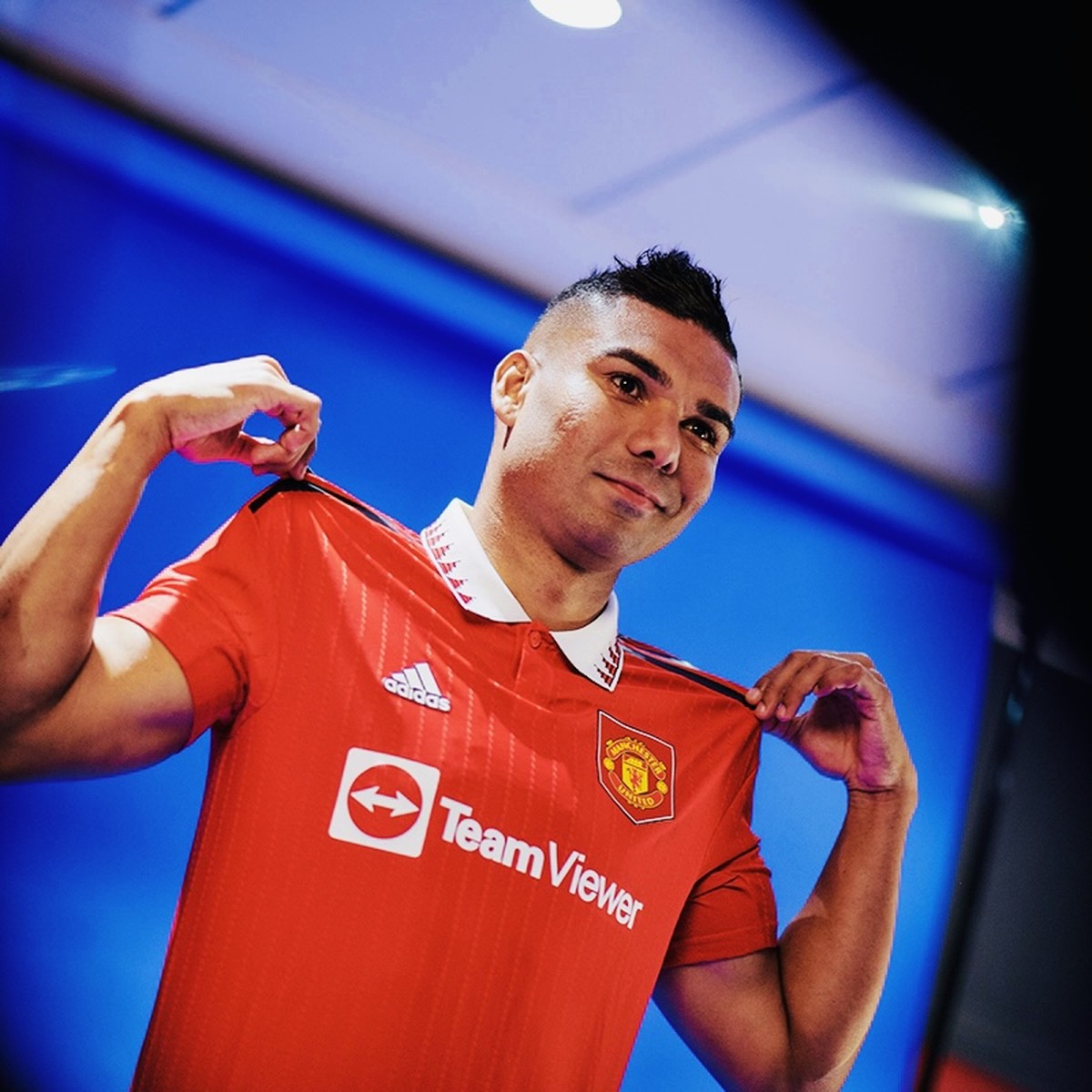 Casemiro says he is motivated to challenge Manchester United: “I feel like I’m 18 or 20 years old” | english football

Casemiro was officially introduced as a Manchester United player on Thursday morning. The former Real Madrid player donned the Red Devils uniform and spoke to the press for the first time in England. The player said he was extremely motivated for the “new challenge” in Manchester.

– There is no doubt that I am very excited. They welcomed me very warmly. I’ve already felt that special affection from everyone for me and of course this is very important. It’s a new challenge. I feel like I’m 18 or 20. I’m really looking forward to it, I’m excited to be among my teammates, playing in the stadium – said the Brazilian.

Asked about the anxiety of playing at Old Trafford, the midfielder recalled a tournament he played at the Manchester United stadium 15 years ago, when he was still playing in the youth categories of São Paulo.

– To be honest, I come back here 15 years later. I don’t know if many people know, but I did a competition here when I was 15, when I was in São Paulo, and you have that movie that goes through your head that 15 years later you come back here to play for Manchester United. Not even in your wildest dreams could you imagine playing here again. I’m the happiest man in the world,” he said.

Casemiro moved from Madrid to Manchester in a transaction worth 60 million euros (R$ 312 million), with a further 10 million euros in bonuses for achievements, according to the English press. The player, who will play for the first time in the Premier League, commented on the emotion.

At Manchester United, Casemiro reunites with Varane and Cristiano Ronaldo, former Real Madrid teammates. In addition to French and Portuguese, the player will play alongside his midfield partner in the Brazilian national team. The new hire talked about the reunions.

– Before coming here I talked to Fred. He’s a friend I play with in the national team. I know him well. He’s a great player and I have a special relationship with him. They (Varane and CR7) are two players I had the pleasure of playing with. We could spend all day talking about Cristiano. He is one of the best players in the history of football – says Casemiro.

Manchester United have not won a title since 2017 and, despite their victory over Liverpool last Monday, the team is only 14th in the Premier League, with two defeats in three games. Casemiro sent a message to fans that he will fight for better times for the Red Devils.

– And I’m excited to be here, extremely happy. I’m sure I’ll give it my all, not just in games but also in training and you can count on me as a Manchester United player. I want to win games and titles like all players, I really want to do that and now it’s working hard and showing everyone what I can do as a footballer.”