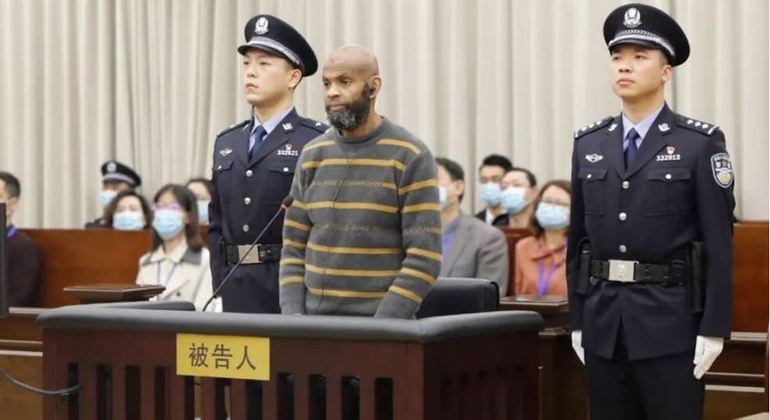 A Chinese appeals court on Thursday upheld the death penalty for a US citizen convicted of murdering his girlfriend, deeming the sentence “appropriate”.

In April, Shadeed Abdulmateen was sentenced to death in the first instance for stabbing his 21-year-old Chinese girlfriend in the face and neck during a meeting they had to discuss the couple’s problems.

The man appealed the sentence, but an official statement said the Zhejiang Supreme People’s Court, located in the east of the country, had rejected the appeal. According to the court, Abdulmateen threatened the young woman after she said on several occasions that he wanted to end the relationship.

The case took place in June 2021, when they met at night near a bus stop in Ningbo, about 150 km south of Shanghai. Abdulmateen appeared with a knife and “stabbed Chen several times in the neck and face, which caused her to lose a large amount of blood” and died shortly afterwards.

The court noted that the death penalty initially imposed was “appropriate” and that the accused had a trial in accordance with the law. The US embassy in Beijing has not yet commented.

Human rights groups say China executes more prisoners each year than any other country, although death sentences for Western citizens are rare.

The most recent case is that of Akmal Shaikh, a Briton executed in 2009 for trafficking heroin, according to the official Xinhua news agency.

In 2015, China reduced the number of crimes punishable by death, from 55 to 46. Among them are separatism, intentional murder, rape and drug trafficking.

Previous NVIDIA CEO Marks Event, May Announce GeForce RTX 40 Cards in September
Next Simu Liu will be the villain in the new film by Jennifer Lopez; Meet Atlas, Netflix’s Next Big Deal