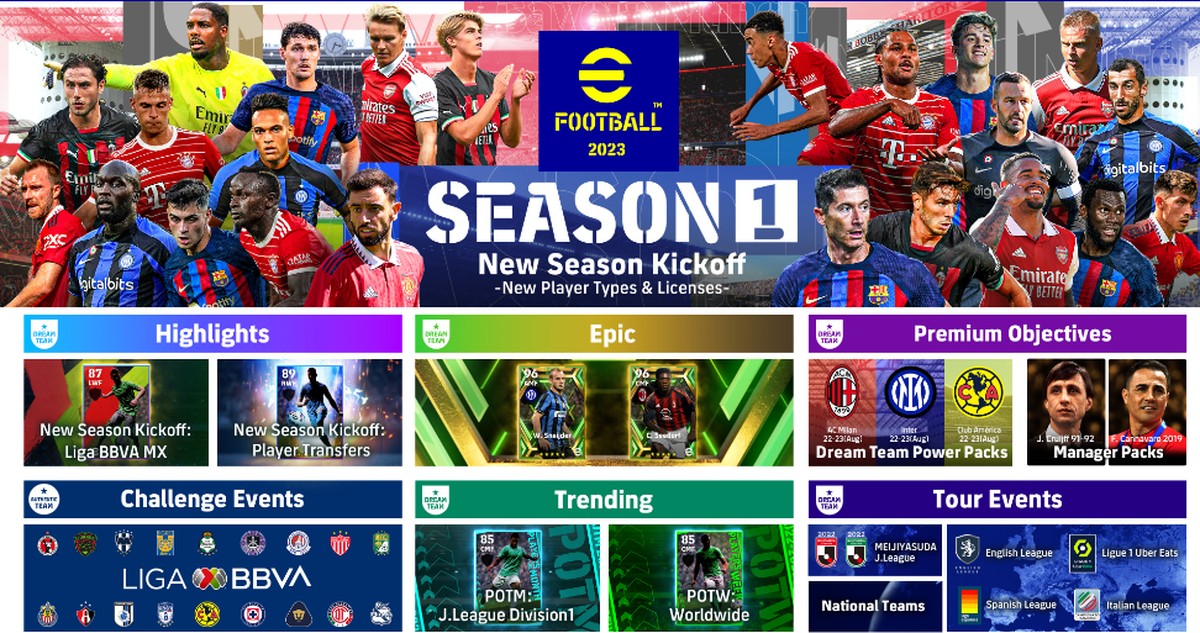 Konami launched this Thursday (25) eFootball 2023, the second version of the football simulator after the end of the PES era. Company recognizes past mistakes and appreciates community support. Among the news is the arrival of online friendlies. The theme of Season 1 is “Starting a New Season – New Player Types and Licenses”. General fixes have been applied to fix bugs on PlayStation5, PlayStation4, Xbox Series X|S, Xbox One, Windows, Steam. See the official trailer and notes for the first patch note.

– This update marks the beginning of a new era. In this update, we put our focus on improving the realism and competitiveness of user matches. As such, we have made several improvements and adjustments based on criteria such as “playability”, “uniqueness of players” and “game balance” – reads the official statement. 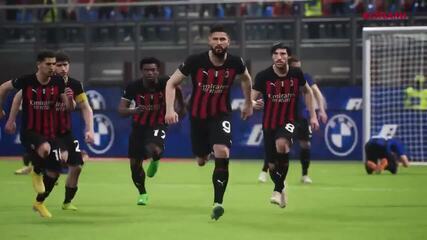 In the patch notes, the company acknowledges errors and details gameplay improvements, such as reacting to player movement in attack and defense scenarios. The company recognizes that there have been “cases of excessive inertia in defensive situations, especially in the face of changes of direction or complete stops during a sprint movement” and that is why it says it has adjusted the application of inertia. The statement reads that “Players will now react better to sudden changes in opponent’s direction, in addition to being easier to rotate and chase opponents in sprint.”

In attack, improvements were made to the application of ball control through the review of animations related to dribbling and the speed of ball touches. The company claims that these tweaks will increase the excitement 1v1.

Evolution of the Players’ Singularity

Until now, players’ Explosion stat was the only factor determining movement speed and acceleration in defensive situations. This created a problem, as defenders with great defensive skills couldn’t get much use. The forwards who weren’t good at defending could easily regain possession of the ball in the front lines.

To fix the issue, we’ve implemented adjustments to the criteria that reflect player acceleration. Defensive Attention and GR Attention also started to be taken into account when determining movement speed and acceleration in defensive situations.

We also reviewed the criteria that reflect ball control. As in the previous case, in the past the agility of players to touch the ball was only influenced by the Explosion stat. This has been changed and now the Ball Control stat will also be taken into account. Additionally, we’ve lessened the effect players’ height has on their reaction to ball control.

This allows taller players with a high Ball Control stat to control the ball and move on to the next play more quickly.

Feints have also been revised along the same lines, and the impact of players’ Dribbling stats has been amplified, with the effect of their height being lessened.

This allows taller players with a high Dribbling stat to feint more nimbly than ever before.

When it comes to dribbling, we are aware of an issue that caused players to repeatedly and unnaturally dribble, as well as perform incisive and accurate feints even when they were tired towards the end of a match.

As such, we’ve adjusted the dribbling speed so that as players’ stamina decreases, their dribbling speed also decreases. In addition, feint speed will also impact temporary fatigue when doing multiple feints in a row. Repeated feints also imply a greater reduction in resistance throughout the match.

Gameplay is monitored and regularly adjusted the game balance in search of the best solutions for our dear users. These adjustments are based not only on the surveys we carry out regularly, but also on statistical data from a huge number of daily matches, videos posted on social media and your direct comments, which we always value.

Here are some of the gameplay balance adjustments we’ve implemented in this update.

Corners are often important goalscoring opportunities in real football. However, we are aware that the standards for scoring goals from crosses were slightly unrealistic in earlier versions of the game. As such, we adjusted their trajectory and accuracy.

We also adjusted the positioning and reactions of defenders and goalkeeper.

Another problem was that there were too many goals scored immediately after kick-off, which is not very common in real football.

This was also addressed by adjusting the positioning of defensive markings and defensive lines on kick-off. The adjustments serve to mitigate situations where an unnatural individual marking allowed opponents to be free.

The “Long Pass” Style of Play is a way of embodying the well-known “Route 1 football” tactic. In this Style of Play, long balls are directed towards a solitary target in the front row, in the hope that contesting and retaining possession of the ball in an elevated area of ​​the field of play will create quick attacking opportunities.

However, when midfield players positioned themselves further than usual to receive a long ball, this made it difficult for the target player to dispute and maintain possession of the ball. It also increased the risk of exposure to counterattacks, in cases where long balls were intercepted.

To resolve the situation, we adjusted the positioning of the midfielders. This will also make it easier for the target player in front to maintain possession of the ball.