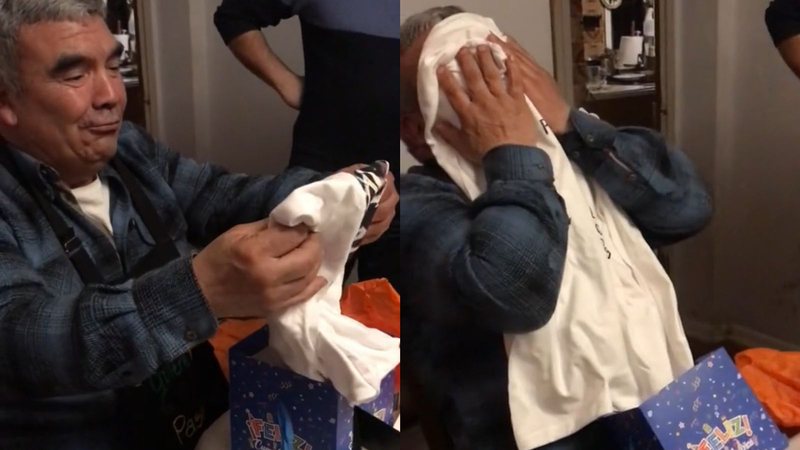 Family presents father with shirt that reminds of pet dogs and he reacts; watch

Having a pet and losing it can be one of the most feared pains for pet owners. A man, identified only as Renato on social media, went through this cruel experience a few times, but, even with the losses, he never stopped having dogs at home, as this has always been one of his passions. His family decided to present him with a shirt that will make him remember all his “dog companions” whenever he wants.

When Renato’s birthday began to approach, the family began to imagine what they could give him. It seemed that the man already had everything, except for a few special beings: rescued puppies who no longer live with him.

When inspiration struck, the family decided to order a shirt with the face of every pet the man had in his life. Renato, who has a love for animals, has had many dogs, each one rescued because they had no home or were mistreated. Four of the pets that appear in the outfit are no longer alive.

“For him, they are part of the family,” Renato’s daughter, Caty Bernal Llanos, told The Dodo. “He adores them,” she said. 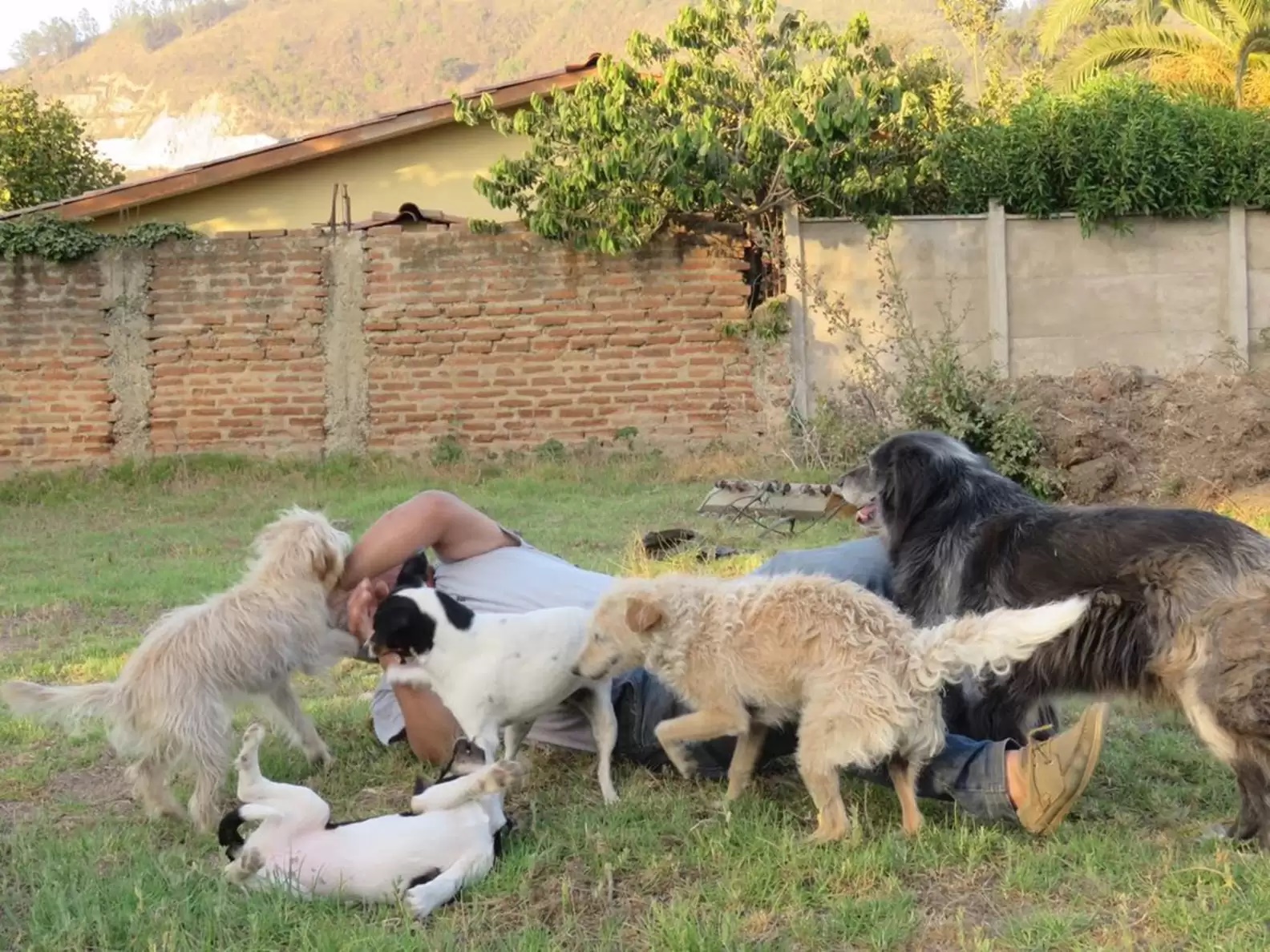 The moment of receiving the gift was filmed and you can see that it has the faces of all the pets stamped on the shirt, on the front and, on the back, it has the names of all the dogs. Renato’s reaction couldn’t be more moving, bringing his family to tears as well.

“At that moment I cried a lot. It was a very beautiful moment to see how my father was so happy and excited with his shirt. My whole family was crying with happiness!”, Llanos said. 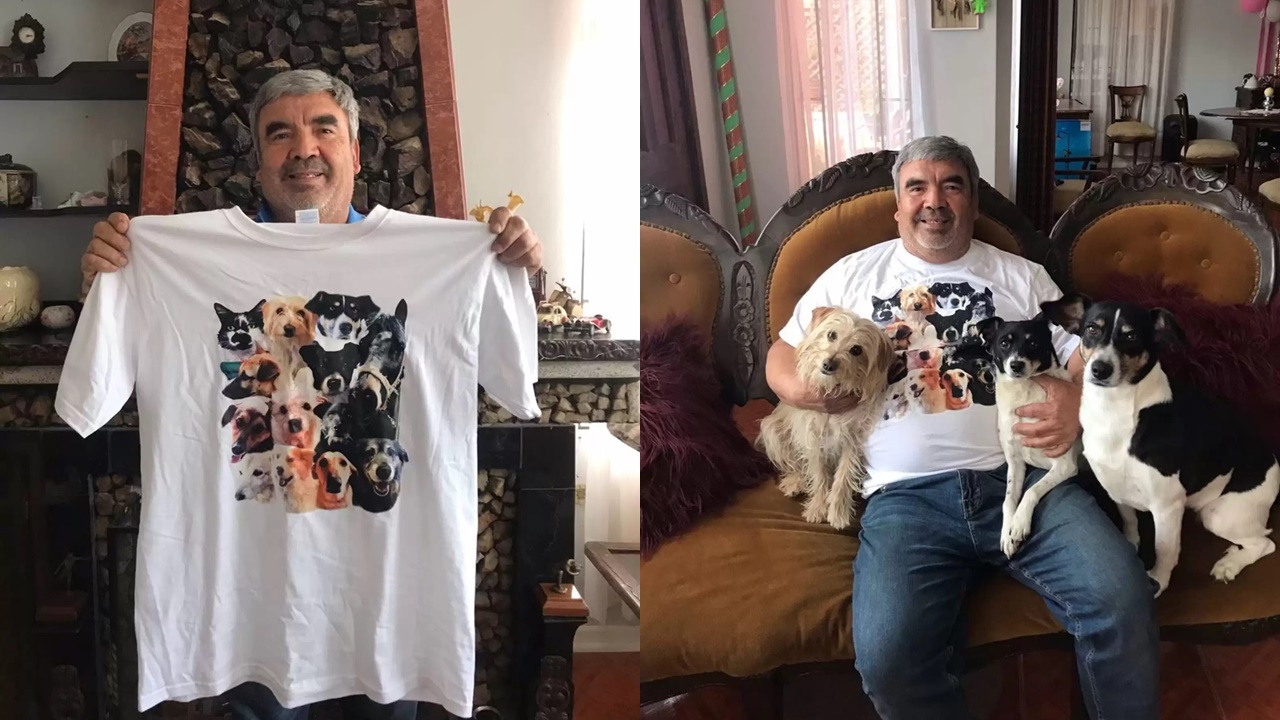 The scene not only moved Renato’s family, but also netizens, who said things like: “A human who loves animals is a great human”, “Oh no, what a cool gift and what a cool your father reacting like that”, ” What a beautiful human being your father is, you could see the sadness in his eyes.”