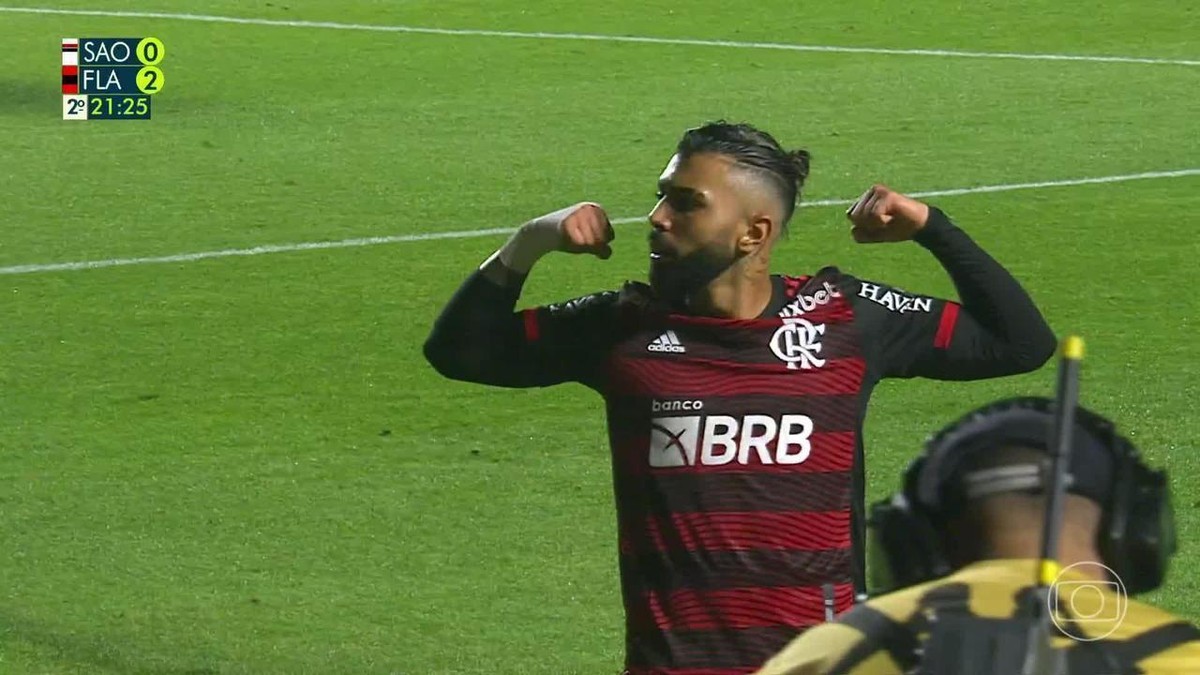 Gabigol, from Flamengo, consolidates himself as São Paulo’s executioner | Flamengo

A duel that Gabigol feels comfortable with. There are four goals in the last five matches between Flamengo and São Paulo. The striker consolidated himself as the executioner of the São Paulo team even on a night away from his best performances.

+ Cebolinha scores first goal for Flamengo: “I was charging a lot” 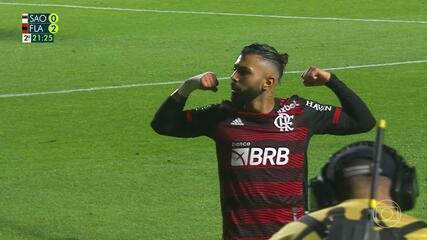 Best moments: São Paulo 1 x 3 Flamengo, for the semifinal of the Copa do Brasil

Collectively, Flamengo performed well below recent ‘in the Cups’ performances. In the individual, with shirt 9 it was no different. Some wrong passes and other wrong decisions were overshadowed by the importance of the second red-black goal, which brought tranquility to the match.

+ Lethal, Fla is comfortable in confrontation

Interestingly, Gabi’s role is confused with Flamengo’s unprecedented feat in the history of clashes with São Paulo. The victory at Morumbi was the fifth consecutive triumph for the Rio de Janeiro club, surpassing the biggest unbeaten series in the duel between Rio de Janeiro and São Paulo. In the 80s, 2000s and 2020s, Tricolor scored four victories.

In the recent clashes against São Paulo, Gabi just didn’t score in the game that marked the beginning of the red-black unbeaten run, the 5-1 at Maracanã, for the Brasileirão 2021. Afterwards, the striker scored a goal in each following game.

With the favorable score, Flamengo de Gabi took a step towards the final of the Copa do Brasil, and will need to consolidate their spot on September 14, at Maracanã. The feat would even be unprecedented for this cast, which never reached the decision of this competition. That is, next to the World Cup, it is the only title that the carioca club has not won since 2019.

Expressive numbers in the Copa do Brasil

He is the sixth player with the most goals in the competition’s history. 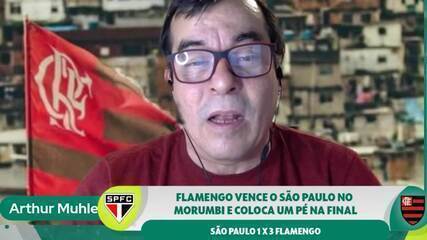 “Flamengo played a very pragmatic game”, says Arthur | The Voice of the Crowd