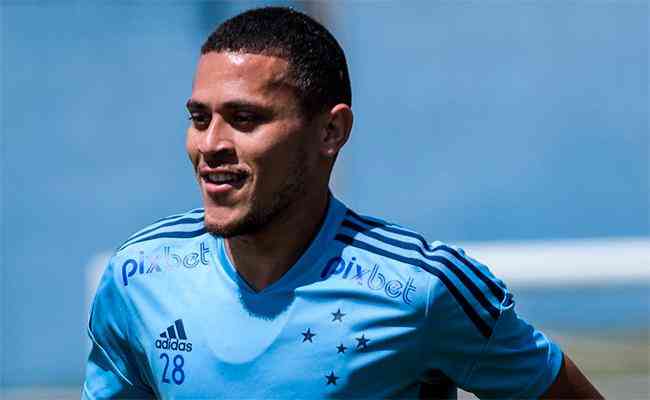 About four months after undergoing surgery to correct a muscle injury in the posterior region of the right thigh, midfielder Joo Paulo, from Cruzeiro, began the transition to physical preparation at Toca da Raposa II this Wednesday (24).

Joo hasn’t entered the field since April 23, when Cruzeiro drew 1-1 with Tombense, in a game for the 3rd round of Serie B of the Brazilian Championship. This was even the midfielder’s only match in the national tournament.

Despite the gradual return to training, Joo is still not available to coach Paulo Pezzolano. According to Cruzeiro, the midfielder will go through a careful process over the next few weeks.

“As our midfielder went through a long period of treatment, after surgery on a serious injury to his right thigh, the process will be even more careful, respecting all the criteria and time necessary for returning to training with the squad”, he informed. the club on social media.

Hired this season after playing for Atltico-GO, Joo Paulo consolidated his position as Cruzeiro’s starter before suffering the injury. The midfielder has four goals and two assists in 16 matches with the celestial shirt.

Joo was the last player in Cruzeiro’s medical department. This Tuesday (23), the club released the returns of right-back Geovane, midfielder Leo Pais and striker Jaj.

Standout in Copinha, Cssio had a contract with América until this Tuesday (1/31). The club …