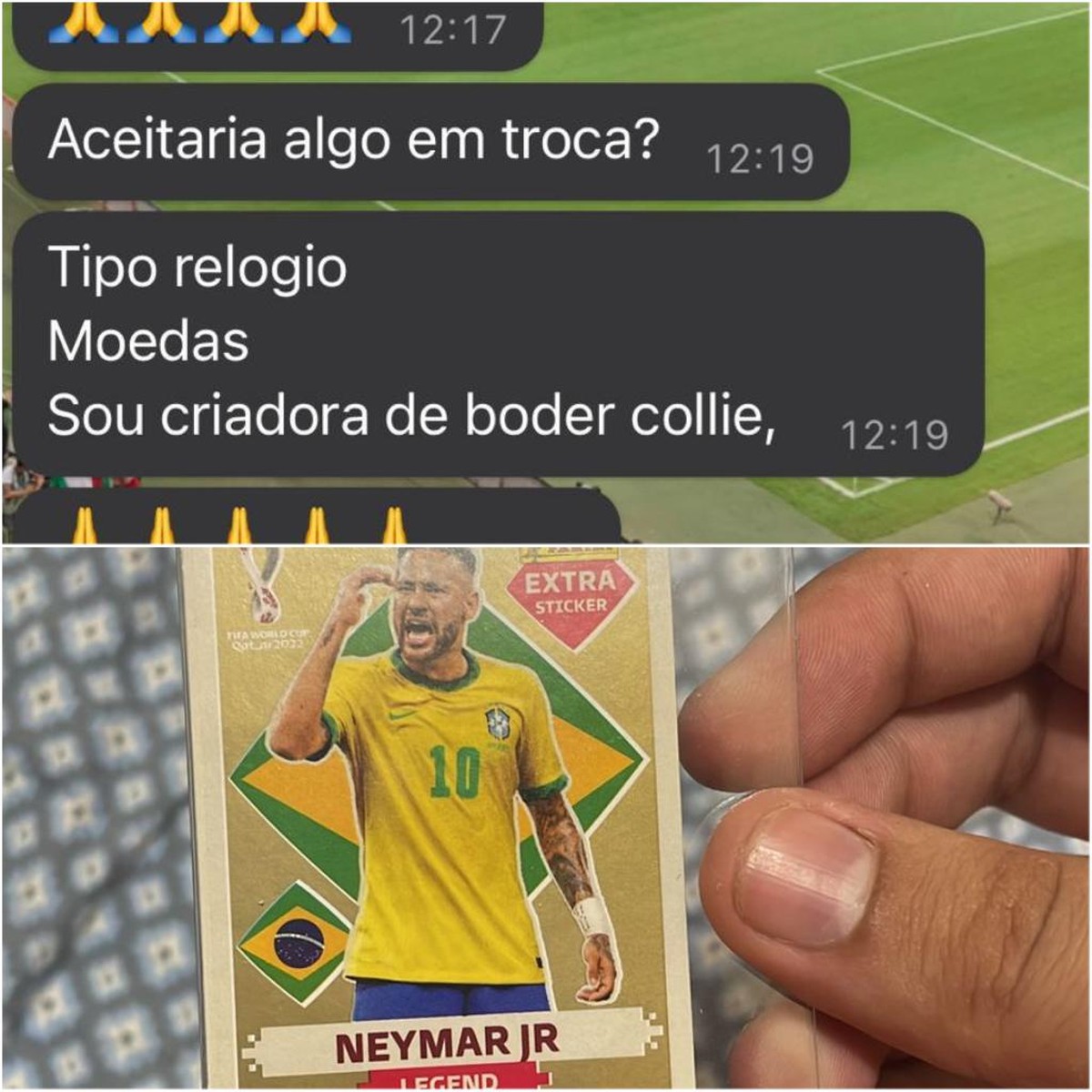 What would you give in exchange for a figurine worth R$9,000? 21-year-old architecture student Bernardo Roncatti Marques has a golden Neymar Legends-style figurine in hand, and has received numerous unusual offers in exchange for the item.

Bernardo looked for a bank to guarantee his album of the World Cup in Qatar, arriving at the place the student discovered that there are cards of the Brazilian national team player considered “impossible” – it is speculated that a golden Legend, like that of the Brazilian ace, is obtained every 1,900 packets.

“I went to a newsstand, but they didn’t have a hardcover album anymore, so I didn’t miss the trip, I bought some stickers. In the queue I found a child who talked about the rare figurines, I bought eight packages and in the last one I opened was Neymar’s gold figurine,” she said.

In an interview with g1, the young man reported that even without disclosing the sale of the figurine, collectors got in touch trying to negotiate the item of value. The offers range from coins to dog litters.

“I haven’t even offered it on the internet yet and some people have already looked for me to buy the figurine. One woman said that her son wanted it very much and offered me three things: a watch, coins or a litter of purebred dogs,” she said.

Even following Neymar, who currently plays for Paris Saint-Germain (PSG), Bernardo intends to sell the collector’s item for the best price he can to travel. The ace team is first placed in the French championship.

“I didn’t even know these figurines existed, I started to search the internet and saw that there are several collectors who are desperate for them. I always bought an album, but I never managed to complete it or win awards, my goal is to sell the sticker to travel”, he said.

In all, there are 80 extra 20-player stickers. The price of each pack, with five figurines, is R$ 4. The Legends type are available in some packs, being the sixth.