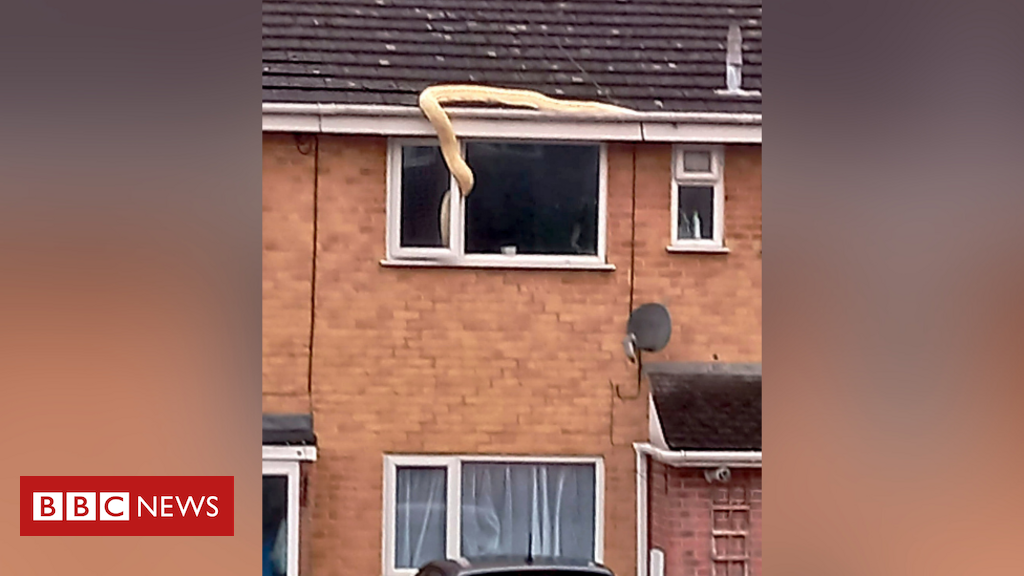 A 5.5 meter python has caused panic in the neighborhood of Chandler’s Ford, Hampshire, England, after it escaped from its owner’s house and tried to enter another house on Tuesday morning (23/8).

The Burmese python was captured by a neighbor, who already knew the animal and returned it to its owner.

According to the Daily Echo news portal, the police said they will not investigate the case as the incident is not a “policing-related matter”.

Jenny Warwick says she looked out her window at 5:15 am local time and saw a large yellow object on the roof of a house, but only realized it was a snake when she saw that it was trying to get into a window.

“People passing by couldn’t believe what was happening,” says Warwick.

Linda Elmer, who recognized and captured the python, says she was woken up at 7 am by neighbors knocking on her door, looking for the animal’s owner.

“Everyone was panicking,” recalls Elmer, who once owned a snake as well and was a firefighter.

“I managed to catch the snake—no one wanted to help. It was very difficult because it was a big animal. I managed to hobble this 5.5 meter python around me down the street and knocked on the owner’s door.”

“He is a beautiful animal and Burmese pythons are very docile. They are not aggressive snakes at all. I have had one before so I was comfortable catching it,” says Elmer, acknowledging that the situation was “shocking for everyone.” .

The non-profit organization Royal Society for the Prevention of Cruelty to Animals (RSPCA), dedicated to animal welfare in the United Kingdom, previously advised snake owners to keep their animals well controlled this summer period. as hot temperatures make snakes very active and more likely to run away.

Previous Brazil takes turn at the end and loses to Puerto Rico in the Qualifiers | basketball
Next Selena Gomez, Capital Inicial, PK… Check out the music releases of the week!