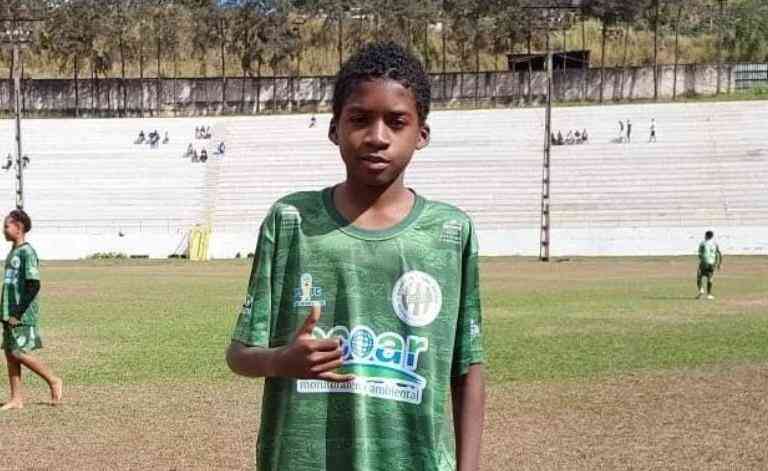 Agent reveals agreement between Cruzeiro and Davi Luiz, who went viral with a goal

Cruzeiro won the competition and closed a deal for 12-year-old Davi Luiz to play in their youth categories at Toca da Raposa I. Two weeks ago, he gained prominence on social media after scoring a goal with the right to three hats in a game in the countryside of Minas Gerais.

Davi Luiz’s family and manager decided that the 12-year-old boy would train with Cruzeiro from Monday (29).

The outcome of the deal was initially disclosed by journalist Samuel Venncio and was confirmed by supersports with David’s manager, Gatti. “Everything indicates that it will go to Cruzeiro. We are in the final stages of negotiation. All that is left is to sign,” he said.

According to the agent, the youngster will have an official presentation before starting activities with the rest of the Under-13 category. Davi and his family have spent the past three weeks reviewing projects and invitations from various clubs across the country. The proposal that pleased the most was Cruzeiro.

Davi Luiz still cannot sign a formal contract. The boy can be registered for sports initiation activities, with a bond until the end of each season. In this way, the club guarantees indemnities referring to FIFA’s solidarity mechanism.

The first training contract can only be signed when he turns 14, with the right to financial aid, without creating an employment relationship with the club. The law establishes that athletes must close the first professional agreement from the age of 16.

Sought, Cruzeiro only confirms that it made a proposal to the young man’s family.

He receives the ball after a full-back charged on the left wing, dominates from the chest, gives three hats without letting the ball fall and finishes in a volley without jumping, between the goalkeeper and the right post. Even former Flamengo star Zico praised the boy’s goal.

in contact with the supersportsthe boy commented on the repercussion on social media, said he thought it was a ‘normal’ move at the moment and talked about his dream of becoming a professional player.

“At the time, when I gave the first hat, I already thought about the other one, the other one came, tangling everything up. I didn’t know it was being recorded, I was rooting for it. It was the mother of a colleague of mine who recorded it. I thought it was a normal goal , but after I saw it, I said, ‘now go’. I have the dream of being a player, in search of reaching the top”, celebrated the boy.