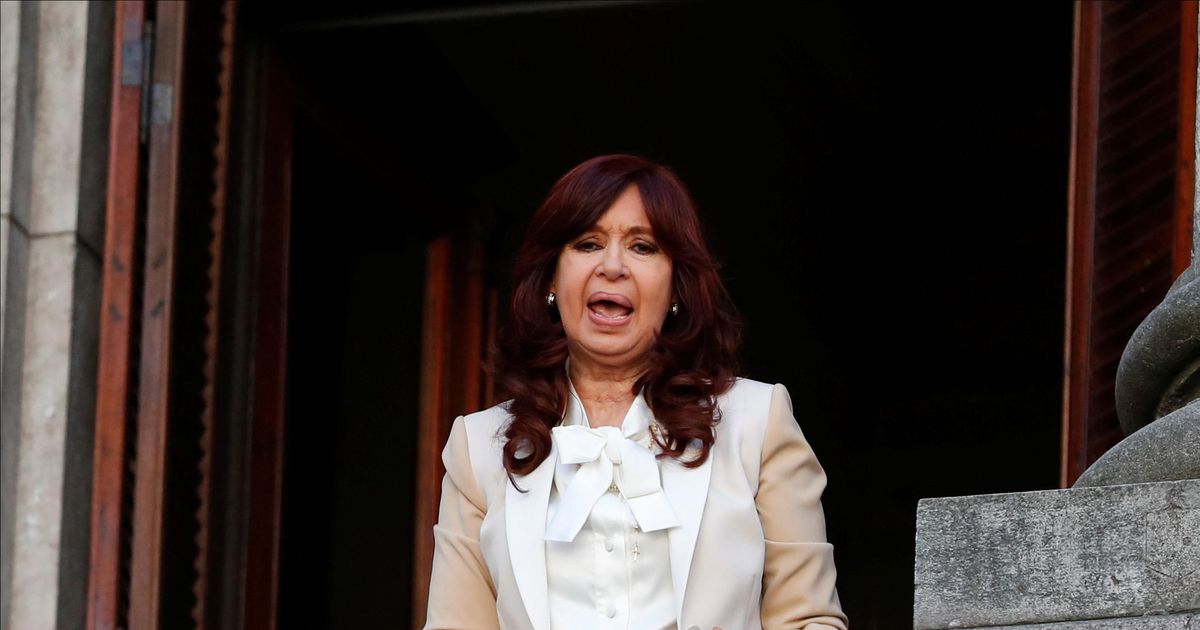 BUENOS AIRES – The Minister of Foreign Affairs of Argentina, Santiago Cafieroreacted on Twitter to the posts of deputy Eduardo Bolsonaro and the american senator Ted Cruz who criticized the Argentine vice president Cristina Kirchner. In his own profile, the chancellor called the two politicians “ignorant”.

“One more ignorant than the other,” he wrote in a post in which he reproduced Bolsonaro and Cruz’s comments. “But there is one thing they highlight: the judicial pursuit of @CFKArgentina [perfil de Kircher] it is driven by ideological interests that are born outside Argentina. Let’s take care of our democracy. All and all with Cristina”. Cafiero is a Peronist supporter of Cirstina Kirchner.

One more ignorant than the other.

But there is something that is coming in relief: the judicial pursuit of @CFKArgentina it is driven by ideological interests that nacen fuera de la Argentina. Let’s take care of our democracy. All and all with Cristina. pic.twitter.com/MO2ona2rPI

The Republican senator wrote on Thursday night, the 25th, that “the evidence that Cristina Fernández de Kirchner is a kleptocrat is now public and overwhelming, and her corruption for decades has undermined American national security. Congress mandated sanctions for her behavior. The Biden administration must enforce them.”

The Republican Senator Texaswho is a member of the Senate Foreign Relations Committee, on Thursday sent a letter to Secretary of State Anthony Blinken calling on the State Department to impose congressionally-mandated sanctions on Cristina and her immediate family. In the request, Cruz cited “accusations of corruption recently filed by an Argentine federal prosecutor.”

Last Monday, the 22nd, the Argentine Public Ministry asked for a sentence of 12 years in prison and perpetual loss of political rights for Cristina Kirchneraccused of corruption in bidding for works during his term as president (2007-2015).

The case against Cristina involves alleged irregularities in the granting of 51 public works contracts in the province of Santa Cruz to companies belonging to businessman Lázaro Báez during the tenure of her and her husband, her predecessor. Néstor Kirchner. The Public Ministry estimated at 1 billion dollars the amount that would have been embezzled by the State.

The judicial process began in 2019 and it is estimated that the judges’ decision will be known by the end of the year. In case of conviction, Kirchner can appeal. Until there is a ruling from the Supreme Court and due to his political immunity as vice president and president of the Senate, she will not be arrested, nor will she be disqualified.

Cristina said she was the victim of a judicial persecution to keep her out of politics. “Nothing, absolutely nothing they said [os promotores] has been proven,” he said in a more than two-hour speech broadcast on social media from his Senate office shortly after the Public Ministry’s announcement.

“The judicial persecution endorsed and promoted by different media, the abusive criminalization of the figure of illicit association and the imposition of preventive detention as an early sentence” are “aspects that contradict the dogmas of criminal law in the rule of law. None of the acts attributed to the former president have been proven, and the entire accusation against her refers only to the role she performed during that period, which regrettably degrades the most elementary principles of modern criminal law.

In a personal note, Alberto Fernández stated that “it is a very ungrateful day” for someone who, like him, “grew up in the family of a judge, grew up in the world of law and has been teaching criminal law for more than three decades”. He reiterated his “deepest affection and solidarity” towards the vice president./With information from AFP

Previous Clube do Remo will not participate in the Green Cup
Next The Mummy: Actress of the film is 52 years old and is married to the famous star of ‘007’