Britney Spears is back with a single in the square. In partnership with Elton John, the singer released “Hold me closer”, a version of “Tiny dancer”, a song by the British star from 1971. “Thank you for your generosity”, Britney said on Instagram. “How cool it is to be a background voice in YOUR music! Sir Elton I did it thanks to your genius, creative and legendary mind!” wrote the singer.

Britney Spears: Singer vents on Instagram about the time she was under guardianship and then deletes it

‘Baby one more time’: Britney Spears sings a capella hit: ‘I haven’t shown my voice in a long time’

“Hold me closer” is Britney Spears’ first studio work since 2016’s “Glory”. Elton John told British newspaper The Guardian that he met Britney in 2013, at a party after the Oscars, and that found the singer “adorable”. Of the recent partnership, he says that Britney took “total control” of the recording: “She really put in the effort, vocally. Sometimes when you produce, the best thing in the world you can do is not say anything, so I just I let her do her thing. She took full control,” the singer said.

“Hold Me Closer” marks Britney’s return after the legal battle against her father, Jamie Spears, who had her guardianship since 2008. The singer’s drama was the subject of documentaries and moved her fan base, which has always been against Jamie before of the dispute. Britney, by the way, is preparing a biographical book by the publisher Simon & Schuster, which earned her a contract worth US$ 15 million – about R$ 76 million.

Recently, Britney vented on social media to remember the period when she was under the guardianship of her father. “Life goes by fast and if you don’t act fast, you can lose it,” wrote the singer on Instagram, in a post that was later deleted by her. In September last year, Britney Spears’ father was removed from the legal guardianship with which he controlled his daughter’s life, by a decision of a court in Los Angeles, after a long legal battle.

In June of this year, the singer married the personal trainer and model Sam Asghari, in California, in a ceremony that was attended by Madonna, Donatella Versace, Selena Gomez, Drew Barrymore, Paris Hilton, Ansel Elgort and Will.i. am. 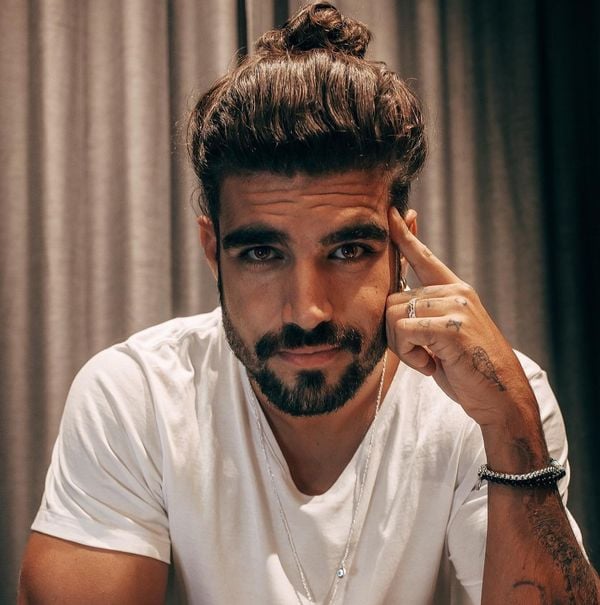 This week, in an interview with the newspaper “Extra”, Caio Castro announced that, next year, …