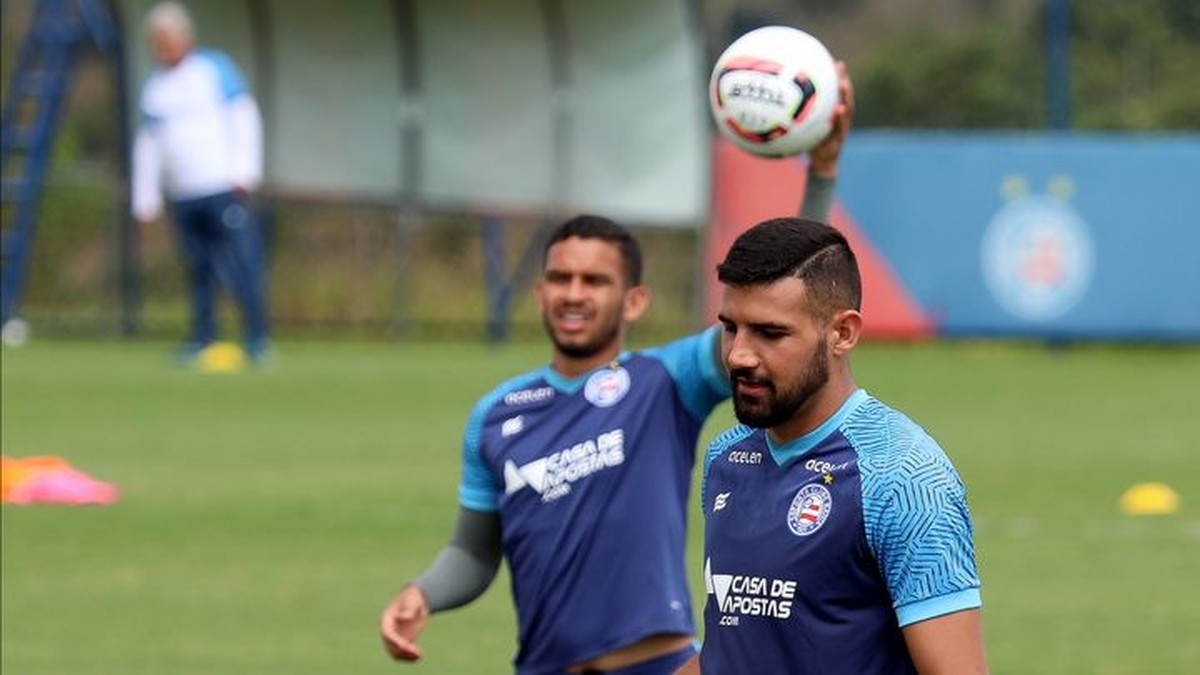 Bahia held another training session, on Thursday afternoon, at CT Evaristo de Macedo, focused on the game with Vasco, a direct confrontation for positions in the G-4 of Serie B of the Brazilian Championship. The teams face each other this Sunday, at 16:00 (Brasília time), at Arena Fonte Nova, for round #26.

In the activity, the technician Enderson Moreira performed another tactical training to assemble the team that goes to the field against the carioca club.

The training started with the physical and technical warm-up, led by trainers Gerson Rocha and Vitor Gonçalves. In the activity, while four athletes circled the ball, with the help of a joker, two other players had to intercept the pass.

Afterwards, the squad worked on crosses from the left and right, in addition to exchanging passes in front of the area and kicks from outside, on one of the posts.

In the last activity of the day, Enderson Moreira tested the starting lineup in a technical job. According to the club’s advice, during training, the coach made several changes to the team..

Bahia continues with daily training until Saturday, the day before facing Vasco, at Arena Fonte Nova. The game will be played at 16:00 (Brasília time), and brings together the Tricolor, vice-leader with 44 points, and the carioca club, fourth place with two points less.