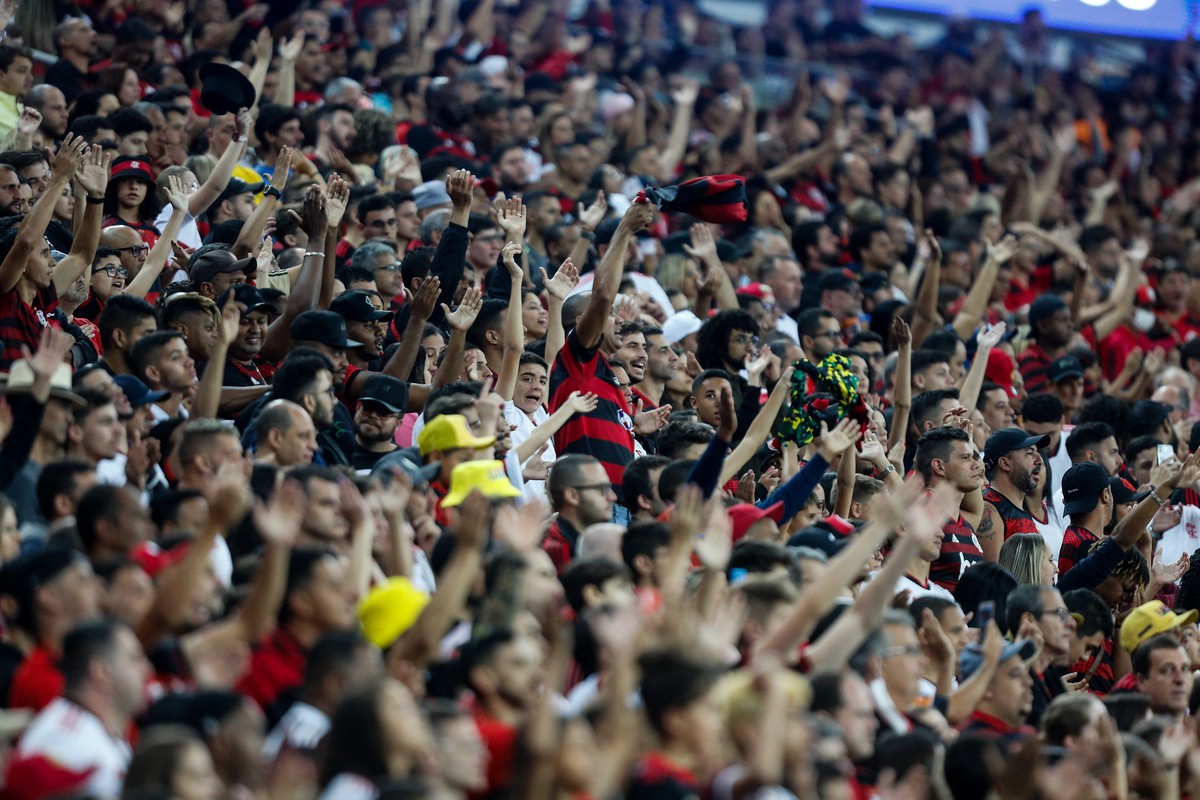 Flamengo remains the leader in the average audience in 2022, and São Paulo displaces Palmeiras; check it out | statistical spy

Flamengo has improved its average attendance and continues to lead the ranking of the season. Now, the average of Rubro-Negro, owner of the largest audience in 2022, is 41,300 paying per match. In the last survey carried out by the Statistical Spywere 36.8 thousand per game.

The main change among the first places is São Paulo in third place. With 33,100, Tricolor overtook rival Palmeiras, in fourth place, with 32,200. Corinthians remains in second place in the ranking, with 36,900 payers per game.

The novelties are the entry of Grêmio (previously in 13th place) in the top 10 and Vitória, the only representative of Series C, among the 20 clubs with the best average attendance in the season. See the ranking:

Biggest audiences of the season

Flamengo is involved in eight of the 10 biggest audiences of the year, being six as home team. The 2022 record was in the 4-0 rout over Juventude, at Mané Garrincha, for the Brazilian Championship. Rubro-Negro’s matches as a visitor on the list were against Fluminense and Bangu, both for Carioca.

The other two games are São Paulo’s victories against Palmeiras (Morumbi), in the first game of the Paulista final, and Fortaleza over Sport (Castelão), in the second game of the Northeast Cup final.

The calculation to arrive at the number of paying people is done as follows: we add the amount of used tickets available in the game’s borderô that generated income or we subtract the total audience by the used tickets that are zeroed in the collection.