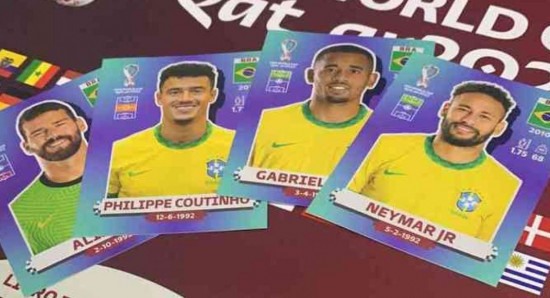 How many stickers does the Album of the Cup have? See all the stickers on the album and how much it costs to complete the 2022 World Cup album

the album of World Cup 2022 will have 670 stickersbeing 50 specialssuch as national team badges, classic teams, cup and mascot.

THE EXTRA AND RARE FIGURES FROM THE 2022 CUP ALBUM

New from Panini, the publisher responsible for the illustrated book, the 2022 World Cup album features the “Extra Figurines” or “Extra Stickers”which are very rare and can cost a fortune in the collector’s market.

It can cost up to BRL 9,000.00 (the case of Neymar’s golden sticker in internet advertisements), the extra stickers are available at four versions with very small proportions per package.

Altogether, they are eight figurines specials from eight players many different. But they won’t come in packets, which explains why no one has them yet.

They will come along with products Cokeprobably on the bottle labels, but the official announcement has not yet been made, although some images of how the promotion will work have already been leaked.

It was made available, in the pre-sale, through promotional combos, a golden album and numbered. According to collectors’ pages on social networks, they were produced only 5 thousand units of this version, which has a shiny golden cover.

Another version, also available on pre-order, brings the album silver.

Previous House of the Dragon: Corlys Velaryon is black in the book? Discover the origin of the character – News Seen on the web
Next Federal Police warn of cell phone scam