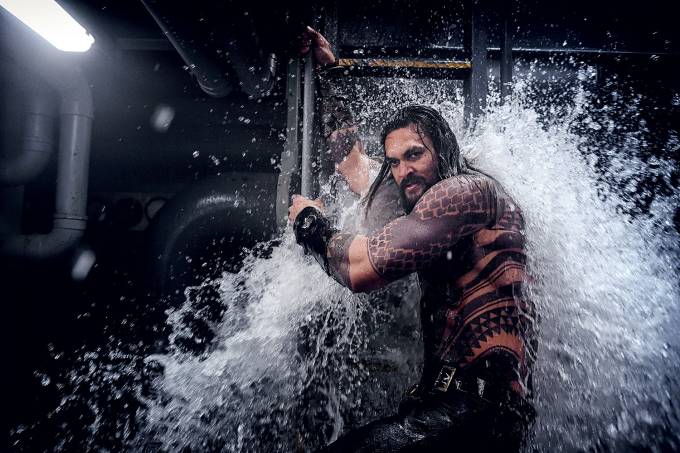 With pitchfork in hand and superhero pose, Jason Momoa became the king of the seas in Aquaman. He returns to the role in the film’s sequel, which opens in 2023, but has already been betting on other paths to detach himself from the character. The hulking actor has been opting for roles that range from villains to cute faces. In an interview with Entertainment Tonightthe actor talked about his next character in fast and furious 10. According to Momoa, he will be “sadistic and androgynous”, far from being a good guy (or “motion”) savior of the world.

“I’m having a lot of fun. I can finally be a bad guy, because I’ve been playing the good guy for a long time. He’s very sadistic and androgynous, kind of like a peacock… he’s a guy with a lot of problems. He definitely has some issues with his dad,” he said jokingly. The actor will join other veterans of the explosive car franchise in the upcoming film, such as Vin Diesel and Charlize Theron, as well as new additions such as Brie Larson and Rita Moreno.

And it won’t just be in action movies that the actor will be present. Later this year, in November, Jason Momoa launches the children’s film on Netflix land of dreams. The production, which won its first trailer on Wednesday, 24, follows the story of Nemo (Marlow Brinkley), a girl who finds a secret map to the Land of Dreams. She gets help from an outlaw, Flip, played by Momoa, to travel between dreams and nightmares in hopes of finding her late father. Directed by Francis Lawrence of the franchise Hunger Games, the movie will be a fantasy that will allow the big guy to explore his funniest and most adventurous side. The heroic return to the undersea world, it seems, will have to wait a while.