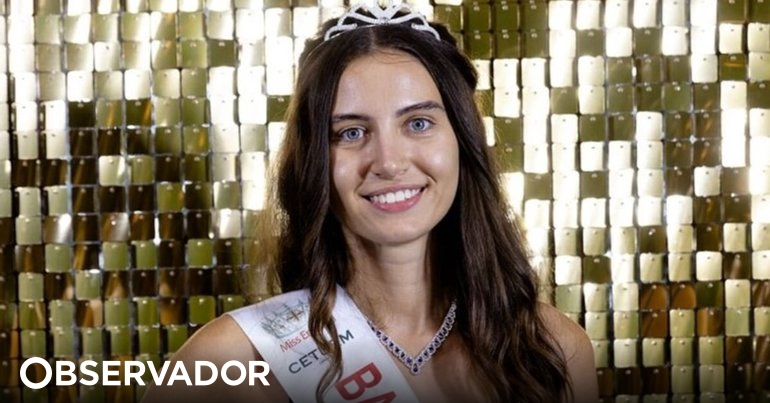 Melisa Raouf, one of the Miss England finalists, became the first to compete without make-up in nearly a century of the pageant’s history. The 20-year-old university student, who lives in South London, made this decision to promote inner beauty and challenge the ideals that are “perpetuated on social media”.

The contestant, who also does not intend to use make-up at the end of the contest, described the experience of show up with a clean face as “creepy but awesome”according to The Independent newspaper.

It means a lot to me because I feel like a lot of girls, of different ages, wear makeup because they feel pressured to do so,” she said.

According to Melisa Raouf, “if someone is happy in their own skin” they should not be “forced to cover their face with make-up”. “Our flaws make us who we are and that’s what makes us unique”, added the young woman.

Despite having started using make-up a few years ago, Melisa confessed that she “recently” accepted that she is “beautiful” in her own skin.

After appearing without make-up in the semifinals this Monday, the 20-year-old competes at the end of October against 40 other women. to be crowned Miss England.

Contest director Angie Beasley told CNN that the “Bare Face Top Model” category, in which Melisa competes, was introduced in 2019 because “most contestants were submitting highly edited images with lots of makeup.” .

Previous Find out if you’ve been excluded by friends on social media
Next Will Love and Thunder have deleted scenes on Disney+? Find it out: