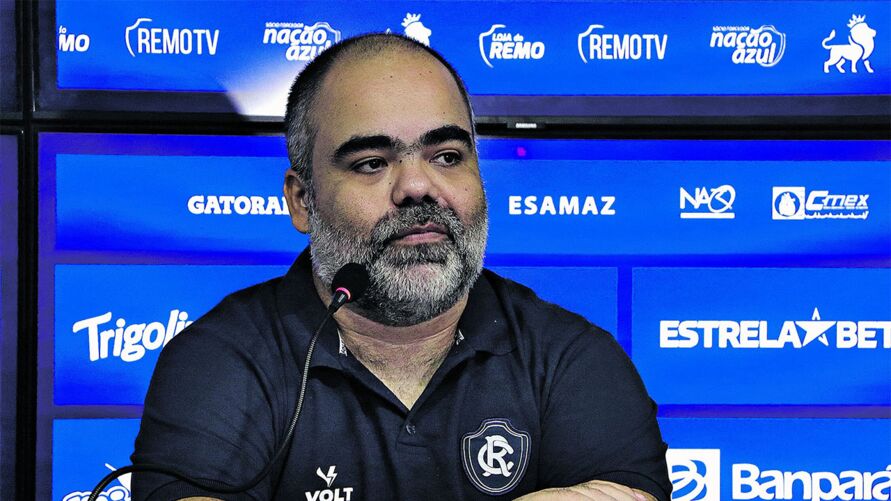 President of Clube do Remo wants to postpone the Copa Verde

Eliminated in the first phase of the Series C of the Brazilian Championship, the football department of Clube do Remo soon began the process of dismantling the group of athletes who were wearing the blue shirt, throughout 2022, as there was the imminent certainty that there would be no more official games in the season. However, with the definition of the Brazilian Football Confederation (CBF), in holding the Green Cup before the World Cup, in Qatar, Leão runs against time in its reformulation.

After the confirmation of the 9th edition of the regional tournament – which Clube do Remo is the current champion, after beating Vila Nova-GO, in penalty kicks, at Baenão stadium, the high blue dome met on the afternoon of last Wednesday- fair (24) to decide whether or not to participate in this year’s tournament, which will be played between October and November. In an interview with reporter Lino Machado, from RBATV, president Fábio Bentes said that if the tournament takes place, it will be harmful to Leão and other teams.

“Firstly, until yesterday there was nothing and we were taken by surprise, and in fact we dismantled the squad because there was no more competition confirmed for this year. CBF internal people also talked about this competition would probably only take place in January, and to our surprise there was a definition of drowning, at the end of the year, to mark this competition still for this year, harming not only Clube do Remo, harming several other teams that dismantled their squad, several other teams that already had another schedule for the end of the year, that already had contracts with an expiration date and we think that this decision was not correct to be that way”, he said.

Among the uncertainties of the Green Cup, Remo releases three more athletes

Last Tuesday (23), right after a meeting that was attended by the president of the Pará Football Federation (FPF), Ricardo Gluck Paul, and the president of Paysandu, Maurício Ettinger, with the vice president Abelardo Abelha, with the president from CBF, Ednaldo Rodrigues, it was defined that in 2022 the Copa Verde will have the participation of 24 teams from the North, Midwest and Espirito Santo regions. However, less than 24 hours, four teams (Manaus-AM, Nova Venécia-ES, Goiás-GO and Atlético-GO) made their withdrawals from the dispute official.

“Yes, we are going to make the CBF official, questioning this, and I am also sending a formal document to the CBF in this regard and so we hope that the competition can be postponed. If it is not postponed, we have until Friday, noon, to We will take into account a series of factors, I have seen that some have already said that they will not participate, there are already at least four teams that have already publicly announced that they will not participate, but I think we have to think about all the pros and cons and define, since we were already in the planning process, since we had already made all the terminations of the athletes. But we have to finish this internal consultation. Today we had a very good meeting, the vice presidents, president of CONDEL, I spoke by phone, president of the general assembly, Daniel Lavareda too, to hear their opinion and we want to make this decision as soon as possible so that we can announce the path that Clube do Remo will take it,” he stated.

Meeting decides if Remo competes in the Green Cup

Regarding the group of athletes, so far, 17 players who competed in Serie C for Filho da Glória e do Triunfo, had their contractual terminations confirmed, leaving only goalkeeper Vinicius, midfielders Paulinho Curuá and Pingo, forward Ronald, right side Rony, and other athletes who are playing in the Paraense sub 20 championship. In this way, Fábio Bentes details all the pros and cons about the Azulina participation in the tournament and also reformulation of the squad for the year 2023.

“We have a cast of practically only under-20s, with another three or four professionals still with a permanent bond until next year. We didn’t intend to bring any athlete before the start of preparation for next year, even because it ends It’s a very expensive cost and we have to be responsible for Clube do Remo. Imagine trying to hire athletes for a period of three months with a competition that will last fifteen days, a competition that is finally being held in the deep end, you know? And then, how? Giving the athletes vacation again pays for these three months and the amendment with the other year? Can we get those contracts that we were aiming for next year from now on? Many will still be in competition , so, it ends up getting in the way of any type of planning and that we will take into account in the decision process”, he concluded.

Previous See what is #FACT or #FAKE in Lula’s interview for Jornal Nacional | elections
Next Occupied by Russia, Zaporizhzhia Nuclear Power Plant Disconnects from Ukraine’s Power Grid | Ukraine and Russia