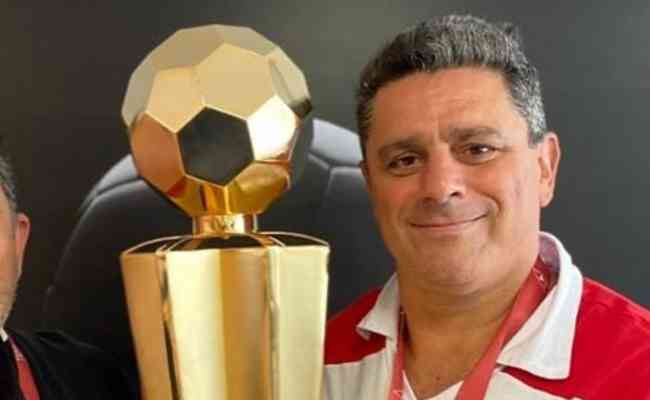 Pouso Alegre will face ASA-AL this Saturday (27/8), at 5 pm, at Manduzo, in a return game of the quarterfinals of Serie D of the Brazilian Championship. The match is worth a semifinal classification and a guarantee of a spot in Serie C in 2023. The president of Pouso, Paulo da Pinta, spoke about the expectations of the fans and looked at the club’s new plans if the team advances.

in contact with the supersportsthe president spoke about the decision and the support of the fans, who experience a unique moment with the team.

“The expectation is great. The access game, both for us and for ASA. Whoever wins the spot will play next year’s Serie C. In the first game we got an advantage and we brought the decision home, let’s play in front of our fans. The expectation of a great game and a great spectacle for the fans”, he declared.

“The fans are excited. We asked for 15,000 tickets and almost 9,000 have already been sold. We believe that we will have around 15,000 on Saturday. We still have two more days on sale and the whole region is very excited. I’m sure we’ll be able to see a great fan party” commented Paulo.

With the prospect of Pouso Alegre gaining unprecedented access to Serie C, Paulo revealed that changes within the club will be inevitable.

The president’s term ends in October. He will not be able to run for reelection, but he feels that he will deliver Pouso to another level.

“There will certainly be changes. We are close to the election at the club. I have finished my term and I can no longer be a candidate. We are still waiting for the definition of the names for the dispute for the position. There is great expectation around the search for more partnerships Our calendar will increase, but this also increases our expenses”, he said.

“We will have to run after more revenue and partnerships to support us with sponsorships, more advertising inside the stadium, on the uniform. With that, more partner-fans, more shirt sales”, added the president.