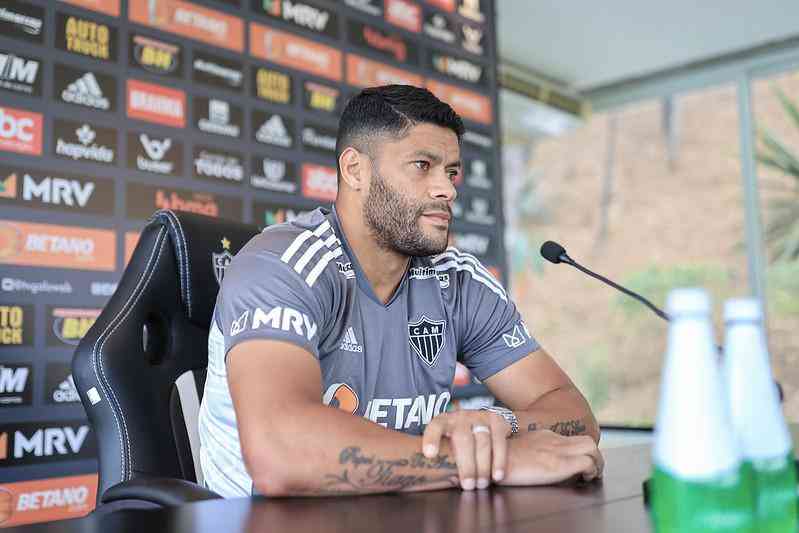 Rooster: Hulk talks about 15 finals in the Brazilian and cites conversation with organized

With a new spirit, striker Hulk said that Atltico players will face the final 15 matches of the Brazilian Championship as finals. The club is in a bad phase and occupies the seventh position of Serie A, with 35 points. Palmeiras leads the competition, with 49.

“My biggest focus, my biggest motivation to face the 15 games remaining as 15 finals, I’ll take great care of myself so that we can get the most out of these 45 missing points. And I’m, like the players, very confident that things will happen. My focus is on these games now”, he said.

Hulk also spoke about his moment on the field. He hasn’t scored a goal with the ball rolling in over two months. The last time this happened was on June 22 this year, when Galo won 2-1 over Flamengo, in Mineiro, for the Copa do Brasil. Coincidence or not, this was the last great performance of the alvinegro ace.
After that match against Rubro-Negro, Hulk scored three goals, all from penalty kicks: in the victories over Juventude, by 2-1, in Caxias do Sul-RS, and Emelec, by 1-0, in Belo Horizonte; and in the tie with Palmeiras, by 2 to 2, in Mineiro.

“The most important thing is always the collective number. When victory comes, the collective work is recognized. It’s no use thinking about your individual number, because it makes no difference in the end. I’m charging myself a lot. If we go for it last year, I think I went ten games without scoring, but the team was winning, our team was winning, I was creating the plays, participating in the bids and the most important thing was that the victory came”, he highlighted.

This Wednesday (24/8), forward Hulk had to get out of the car in front of Cidade do Galo to talk to the organized fans of Galoucura, who protested demanding “commitment and commitment” from the players. He commented on the episode.

“When I arrived, the president of the organized fans asked me to come down to talk better. I said ‘of course’, because we have to listen and convey what we have in mind, say that we charge ourselves a lot. people who think everything is fine because they have money, it’s not their financial side that speaks louder, their personal side, their professional side, like any other profession. leaves there frustrated,” he said.