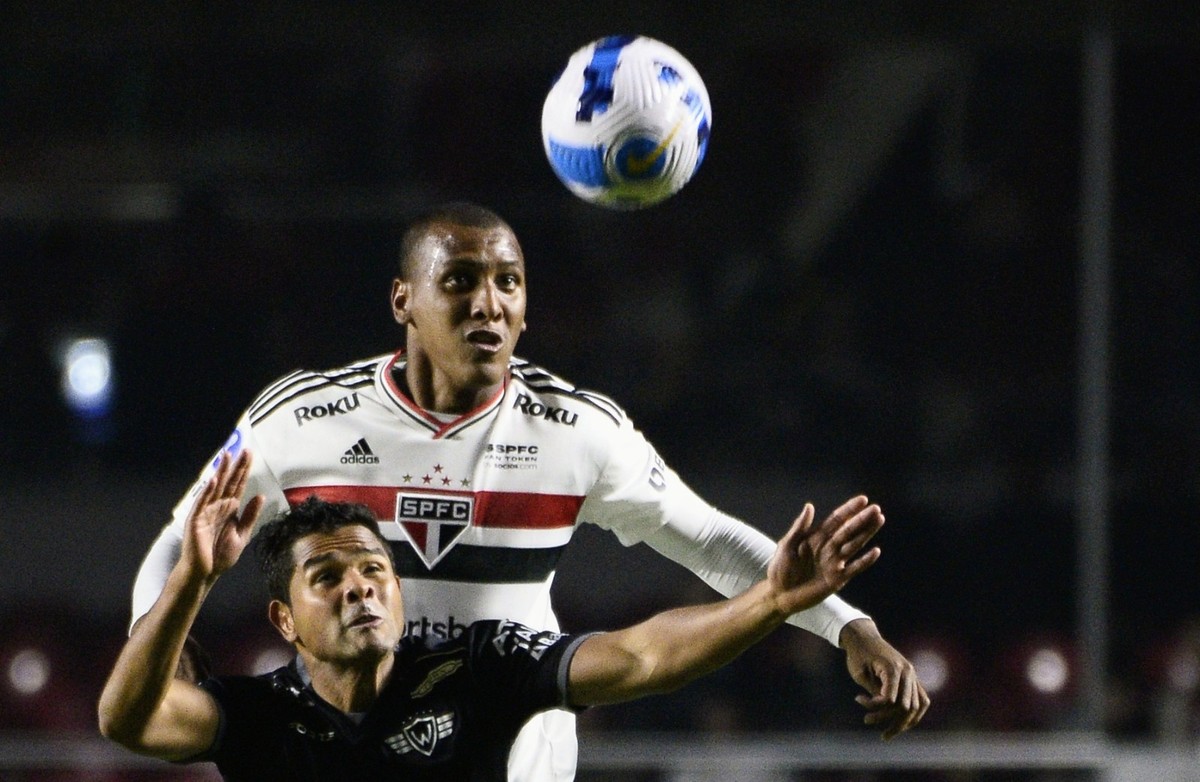 São Paulo is experiencing a problem again in the attempt to renew with a player recently promoted from the youth ranks. After failing to reach an agreement with Marquinhos and selling him to Arsenal for 3.5 million euros (about R$18 million), the club could lose Luizão.

The situation, however, is less complex than in the Marquinhos case, which could be in litigation against Tricolor for having signed a five-year contract in 2019, something not accepted by FIFA. The maximum allowed is three years.

Because of this, some European clubs are already eyeing the 20-year-old defender. Fulham, from England, for example, has already made a proposal to take the player in this window – the English market closes next Thursday (1st October).

In this way, the player’s will must weigh heavily in this negotiation, which, due to the proximity of the end of the contract, has low values ​​for the European standard.

The fact that it is a club in the first division of England seduces Luizão. The player and his representatives see it as a unique opportunity for a 20-year-old boy.

After standing out in 2021 for the under-20, Luizão had his contract renewed by São Paulo at the end of that year for just one more year. The big bet at that moment was defender Beraldo, but Luizão got ahead of his teammate in the professionals and now Tricolor is about to lose him.

Negotiations for a renewal are still ongoing while there is no definition on its sale.

Since 2017 at São Paulo, Luizão has gone through the under-15, under-17, under-19 categories and consolidated himself in the under-20 last year. In the professionals, he has already entered the field in 12 opportunities (five in the Sudamericana, six in the Brasileirão and one in the Copa do Brasil).

Previous New movies and shows on Netflix: August 26, 2022
Next Is Nubank offering cashback of BRL 1,500?