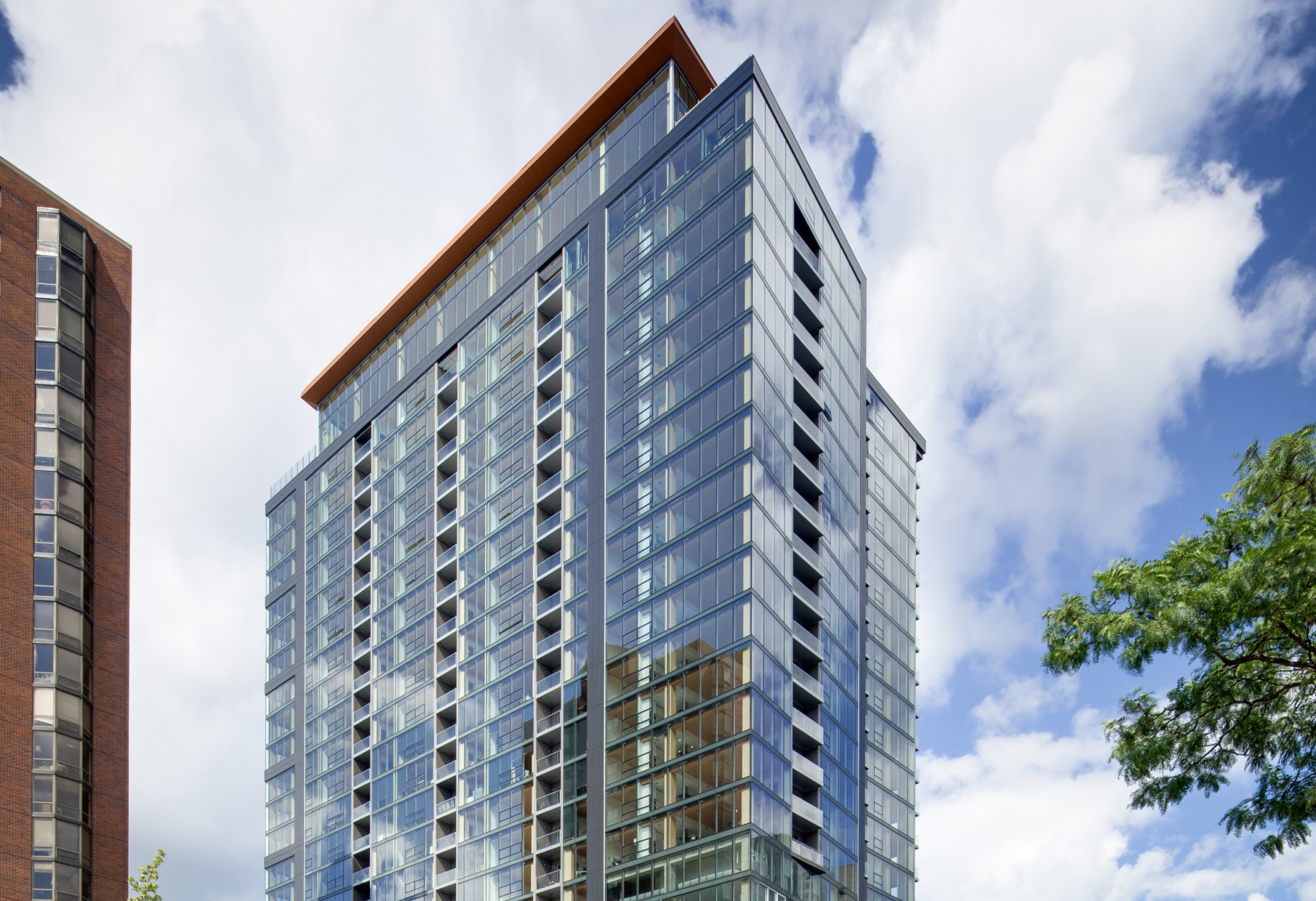 This is the world’s tallest new wooden building — idealista/news

Until now, two Scandinavian countries were home to both tallest wooden buildings in the world. The Mjösa Tower, with 85.4 meters in Norway, and the Sara Kulturhus Center, with 75 meters in Sweden. However, they moved to the second and third places in the ranking. This is because a new building has just been built in Milwaukee (USA), certified by the Council on Tall Buildings and Urban Habitat (CTBUH).

rise, as it is called, is an 86.6 meter high solid wood tower designed by Korb + Associates Architects. The inauguration took place in July 2022, two years after the start of the construction process. The process brought together experts from around the world and established a model that can help pave the way for future projects.

With 25 floors, among other features, it has a concrete base. The rest of the structure is made of plywood (CLT) and laminated wood. The architectural firm’s design for the tower was based on biophilic design.

According to Korb, in addition to providing “superior aesthetics”, the Ascent’s wood captures enough CO2 to be the equivalent of taking more than 2,000 cars off the road for a year. In addition to this, it is estimated that with the choice of materials, it also saved “three to four months of construction time”.

According to the CTBUH website, “it is estimated that the use of solid wood for the structural system reduced construction time by approximately 25% compared to a conventional concrete building of the same scale. The Ascent was built using a “digital twin” model, so each beam, column and panel could arrive in place ready for assembly, with holes pre-drilled to 1.5mm accuracy.”

Despite being a very recent milestone, everything seems to indicate that this deserved first place will not last long. The same architect who designed the Ascent, Jason Korb, is already working on a new 29 story solid wood building in St. Louis, who would have been about ten meters taller. In addition, from CTBUH they assure that there are many others that are planned or already under construction and that will surpass the height of the Ascent.