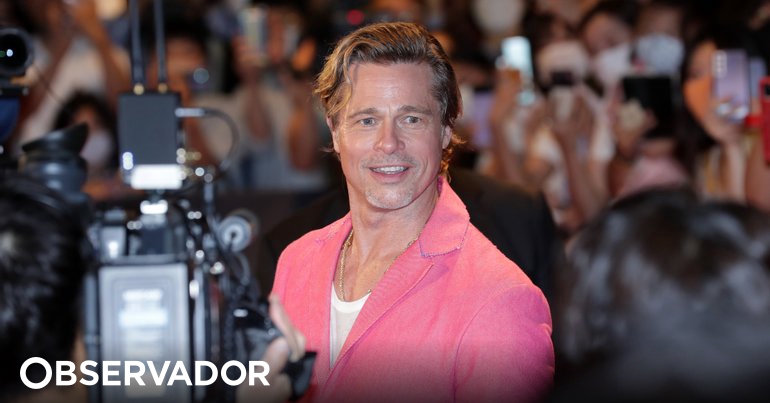 Barbiecore. Life may not be rosy, but wardrobe is – Observer

Anne Hathaway, Elodie or Ariana DeBose cemented the chromatic effect. At the beginning of July, with the creative spirit of Pierpaolo Piccioli, the Roman Square of Spain hosted the haute couture proposals of the maison Valentino. From the front row to the world in general, which follows everything with many zeros on the right or in a low-budget modality, hot pink was imposed as an absolute trend, promising to dye a somber season, and getting ahead of the entrance on the scene already This summer. Moreover, the already famous Pink PP, with its own pantone, began to make its way in the first months of the year.

Margot Robbie and Ryan Gosling, in the shoes of Barbie and Ken, Greta Gerwig’s film scheduled for release next year, will have contributed a lot to the push that was needed, gliding in a relaxed way in Los Angeles, on the shooting set: here’s the ultimate proof that the (so named) Barbiecore is fine and recommended. Because the time we live will be as dark as it is illuminated by an unexpected color block and a cartoon aesthetic that’s little frivolous.

From the world of the most sophisticated creations to the popular Tik Tok storefront, the Wall Street Journal has no doubts: here’s the aesthetic we needed at a time like this, as much as the famous and controversial duo of Caucasian dolls seems ultra dated. “Barbie was everything we didn’t want to be and what we were told we should be,” recalled the activist. Gloria Steinem in the 2018 documentary “Tiny Shoulders: Rethinking Barbie,” quoted by that medium. A sign of the times, the ideal of beauty nurtured over more than six decades by Mattel would gain an inclusive dimension, expanding its spectrum in terms of profession or skin tone. But as much as he has come to embrace diversity, it would be hard to imagine that the neon influence of the 70s, 80s and 90s, in all its exuberance, would take hold in 2022, after a pandemic and with a war on the scene — or perhaps because of that is stated with such determination, yielding the famous lipstick index.

The universe of the famous doll takes shape in a “fun and feminine, but very classically chic” register, as described by the stylists who have managed the set of exaggerated proportions, mini dresses, heavy platforms and a lot of shine. Or how the “more is more” formula destroys any vestige of minimalism and frugality, and the inspiration can even reach the hair.

According to Erin Walsh, responsible for Hathaway’s look for this appearance in Rome, the concept of Barbiecore it goes, however, far beyond the conjugation of the right pieces. To the stylist, this is also a strong exercise in empowerment, especially with regard to female shapes and silhouettes, which is interesting in a current context marked by fluidity. The fact is that the full pink effect manifests itself in an iconic way in both genres — and Brad Pitt is one of the most recent examples of this lack of boundaries. In the presentation of Bullet Train in South Korea, the actor (who has been taking a risk in the strong colors) chose a hot pink suit — not even the sneakers escaped the common denominator.

The performance of Harry Styles at the Coachella festival, or the passage of sebastian stan this year’s Met Gala in May. Visuals that would almost certainly fall under the eyes of such disparate figures as Madame de Pompadour, Mamie Eisenhower or Elvis Presley. King Louis XV’s mistress loved pink so much that she was entitled to a specific shade created by Sèvres porcelain. The former first lady of the USA sprinkled the White House with decor in this color. And who doesn’t remember the legendary musician’s Cadillac?

If Emperor Valentino made red his fashion trump card, the possible readings of pink are hardly limited to a couple of lines (or a catwalk, or red carpet). In 2020, for example, with the US presidential elections in the background, celebrities such as Amy Schumer, Kerry Washington, Marisa Tomei and Zoë Saldana joined the #Ambitionsuitsyou movement, filling their networks with authentic power suits on the call hot pink. From Hillary Clinton to Kamala Harris, from Roe v Wade to Trump’s remarks, female ambition gained strength from statement through expressive attire, as The New York Times then described it, in a seemingly harmless tone. A women’s march a few years earlier and even Nancy Pelosi’s wardrobe choices, whether to photograph with men in 2019 or to visit Taiwan, in this year’s controversial trip, show how pink can, after all, hide great symbolism.

If in the mid-18th century, pink was as much preferred by female aristocrats as male, as a symbol of class and luxury, in the 20th century, the great war conflicts brought the bright colors back to the back of the closet. Colored hues such as light pink came to heavily cover ladies’ wardrobes in a post-war effort, with women reclaiming their traditional place as housewives. The association with gender was consolidated in the 1980s, when the advent of ultrasound made it possible to anticipate the sex of babies and the market for gender-adjusted layettes gained momentum. In the following decade the tone would become more neutral.

Associated with causes such as the fight against breast cancer or the fight for the rights of the LGBTQIA2S+ community, the color pink is used to evoking feelings of comfort, hope and happiness, in a cross between red passion and the purity of white. For some reason, when life is dressed in this tone, it is a sign that everything is going well. Needless to say, fashion is also cyclical, which means that if this isn’t the first time pink has made its triumphant exit from the closet, it certainly won’t be the last.

After that Valentino fashion show in March, the wave increased and flooded social networks. The calendar of festivals, parties and other stages for the stars served, of course, as a springboard for fashion. A Pink PP will always be a Pink PP but the fast fashion promises equally vibrant solutions for those who prefer to invest less in the trend. Otherwise, you can opt for a Barbiecore version a little more moderate, as you did Justin bieber at the Grammys, opting only for a fuchsia beanie, while Saweetie wore everything she was entitled to in pink. And for something more sporty, just follow the partnership, also out of this summer, #CardiBxReebok.

In the championship of influencers, more or less discreet, neither olympia of greece escaped the sweet bath. A model and royal, the daughter of Pablo and Maria-Chantal has joined the group of it girls who exchanged the sobriety of neutrals for the color of the moment. More than 264,000 followers will have seen Constantine II’s granddaughter dressed in pink from top to bottom, albeit a few holes below the shock.

Olympia chose a pair of Aquazzura sandals worth 427 euros to pair with a knitted dress from the Self Portrait brand, worth 415 euros, which the actress already Sienna Miller been seen to use. Already Emma Chamberlain appears in one of the models of the Italian house for the cover photo of the Australian edition of Vogue magazine. Vogue, which in July bestowed front-page honors on Beyonce, now in the UK edition. Between look changes, a futuristic pink left the best impressions.

custom made, or customized as needed. Here are the keywords when it comes to the singer Dua Lipa and a presence at the Sunny Hill Festival, already in August. The stage was filled with pink — and Valentino luxury. The same supplier of dreams that sponsored the debut on the red carpet (now as husband and wife) of NicolaPeltz and Brooklyn Beckham. Silk and chiffon shone a few months earlier at the Met Gala, where other worthy ambassadors of pantone Pink PP passed, such as the veteran actress Glenn Close.

Latex, eccentricity and themed birthday parties. The story could not end without the kardashian clan. If Kim is the quintessential pink personification, Khloé went into Glam Barbie mode to blow out the 38 candles in June. The following month, Barbie herself (who else?), which is like Margot Robbie, even got a perfect birthday cake.