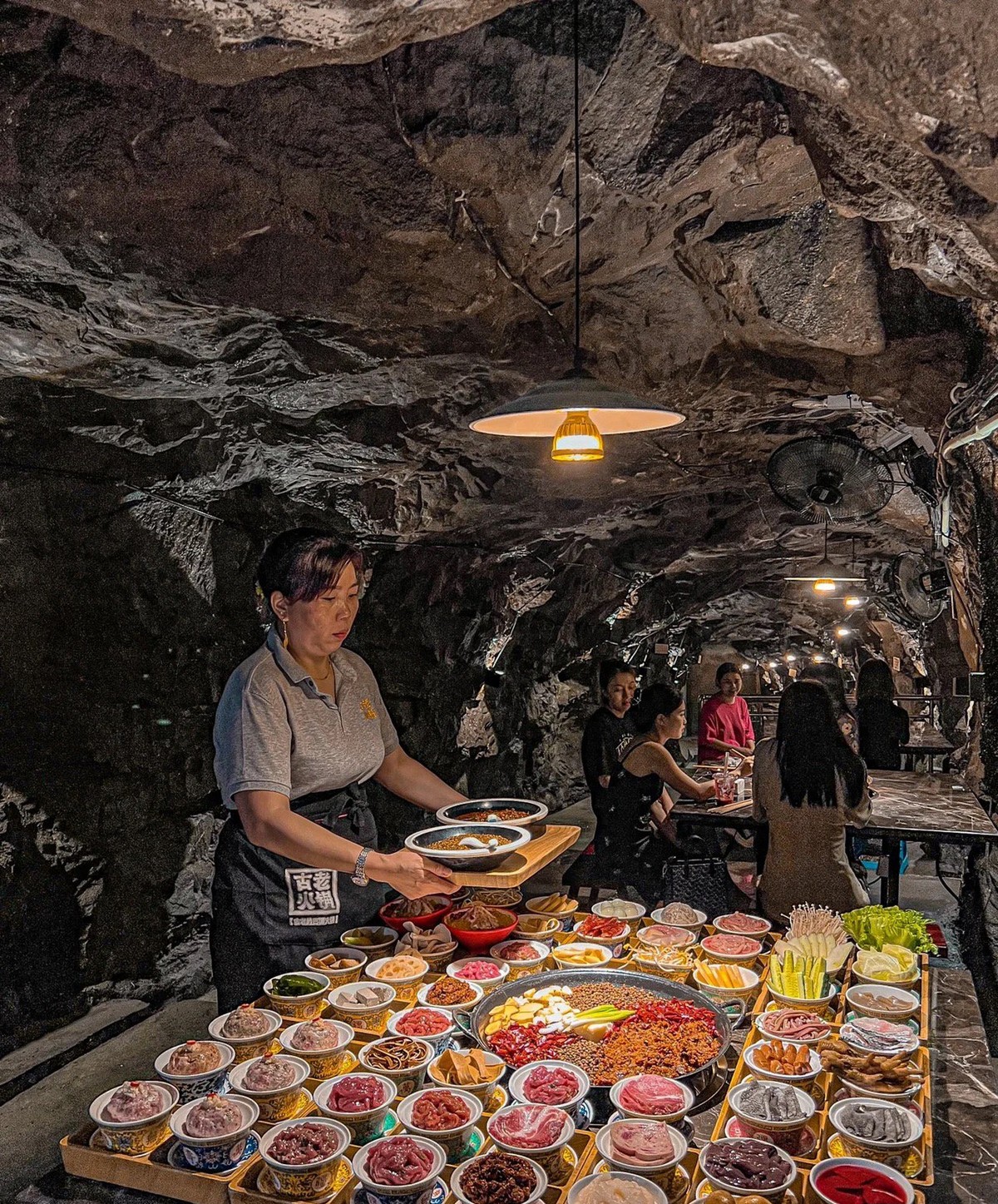 Cave Restaurants and Ice Buckets: See how the Chinese are coping with extreme heat | Society

In 2022, prolonged heat waves caused China to experience the hottest and driest period since temperature and rainfall records began in 1961. To top it off, drought conditions have worsened dramatically over the past few weeks and major rivers in the country are at very low levels. In a country heavily reliant on hydroelectric power plants, the Chinese are also facing power outages.

As strict energy-saving rules are enforced, citizens are turning off their air conditioners or even living without electricity, prompting them to try to find ways they can to cool off outside.

This is the scenario that led to the opening of a restaurant inside a “cave” in Chongqing, installed inside an old bomb shelter. To seek comfort away from the scorching sun, diners descend to a depth of 30 meters, where, amazingly, the air is cooler than on the surface.

The iconic Bund district of central Shanghai is turning off its decorative lights on Monday and Tuesday to save energy. Sales of bottled water, ice cream and ice packs are on the rise. Many residents were also seen lounging inside malls and on massage chairs to cool off.

Shanghai’s famous Bund district is turning off its lights at night on some days of the week — Photo: Getty Images

Posts on social media show offices using large blocks of ice to make the environment more pleasant and a person who lives on the 25th floor of a building that is experiencing power cuts using a rope to rescue a food delivery.

At Guangzhou Zoo, pandas are being given huge blocks of ice to withstand the high temperatures.

In Sichuan, in southwest China, where power cuts are happening, subway trains have had to run with the lights off and the air off.

While several provinces have announced power cuts, others are trying to artificially induce rain with a method known as “cloud seeding”.

As if that weren’t enough, drought and heat have also crippled crops and the government is struggling to find ways to protect the autumn grain crop, which accounts for 75% of China’s annual production total.

Previous Atlético details sales of Sávio, Savarino, Castilho and Zé Welison
Next ‘Only Murders in the Building’: Creator Reveals Why [SPOILER] missed out on season 2