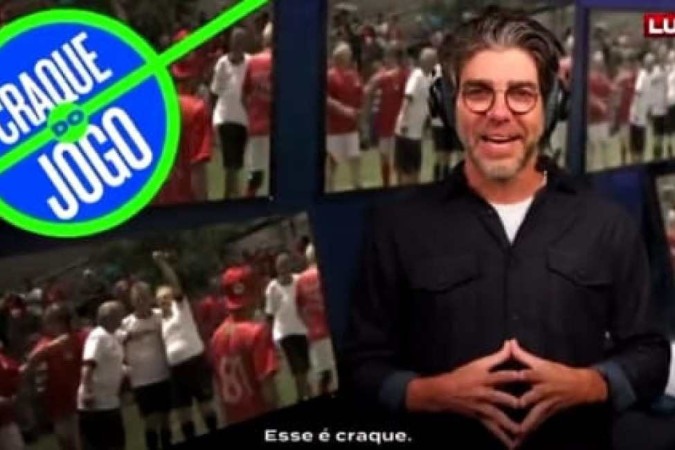 Juninho Pernambucano, a former player for Vasco, Lyon and the Brazilian national team, appeared as VAR (video assistant referee) in electoral propaganda for former president Luiz Inácio Lula da Silva (PT), candidate for the presidency of the Republic. A declared supporter of the former president, Juninho is called after a dialogue between two men about Lula’s innocence in the investigations of Operation Car Wash.

In 2021, Lula had his convictions overturned by the Federal Supreme Court. However, the debate about innocence still remains on social media between opponents and supporters of the candidate. In the campaign video, Juninho Pernambucano represents VAR, alluding to the world of football and “analyses” the discussion between two men.

“Lula was tried without crime and without evidence, just to get him out of the 2018 election. And the worst, the judge later became the elected candidate’s minister, an immense shame. But Justice entered the field and annulled this dirty game. Now, Lula is going to be our president again. This is an ace”, says Vasco’s idol.

In June of this year, Juninho Pernambucano celebrated his birthday, dressed in a shirt with the face of the former president stamped on it, and received congratulations from Lula. “A lot of health, many years of life and I miss a free kick well hit in the angle in our selection”, said the PT. Juninho did not comment after the video was posted on social media.

Previous In which episode does Tyrion have his face cut off in Game of Thrones? –
Next Bruna Marquezine teaches how to take black from the obvious at a jewelry event. Photos!