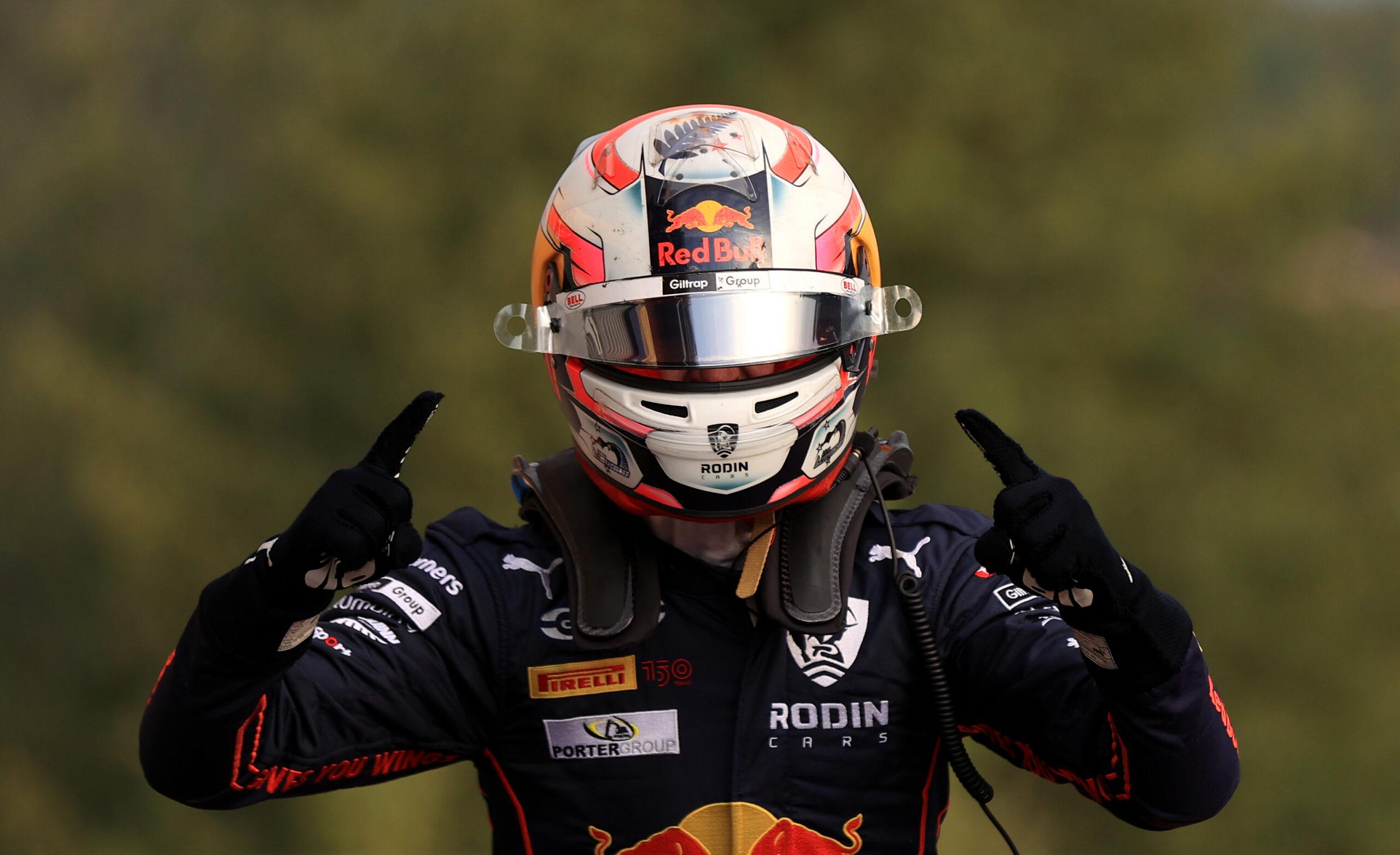 Formula 2 is back! After all, there were ten stages before the European summer break and, now, Belgium represents a resumption that has just four more weekends and eight races. This Saturday (27), the sprint race at Spa-Francorchamps, was the first of eight. With a very mild temperature throughout the day and without the rain that scared the day before, Liam Lawson used an aggressive approach and won.

Lawson put half a car on the grass within the first few meters of the race, when he dived to pass Théo Pourchaire. Then, on the second lap, he boarded the Eau Rouge with the lead with a goal and he did it: he passed Ralph Boschung. From then on, he was left and his victory was no longer threatened.

Jack Doohan also passed Boschung at the end, but both were on the podium, while Jehan Daruvala, who would start in second, had problems on the presentation lap and didn’t even start. Fourth place went to Felipe Drugovich, who had to be bold.

It was stuck in sixth place until a crash from Logan Sargeant on the 11th of 18 laps. The safety car came, and Drugovich made the decision to change tires, something no one in front of him did. He came back in 12th, but queued up for the final four laps and finished fourth. But there is a catch: he is under investigation for taking advantage after going off the track, something that happened at the beginning of his recovery, after a fight with Jüri Vips.

Behind Drugovichm also scored Richard Verschoor, Pourchaire, Marcus Armstrong and David Beckmann. Ayumu Iwasa and Dennis Hauger completed the top-10. With the result, Drugovich took the gap to Pourchaire in the championship lead to 25 points.

O BIG PRIZE accompanies LIVE and IN REAL TIME all activities of the Formula 1 Belgian GP. On Sunday, the start is scheduled for 5:20 am [de Brasília, GMT-3].

Check out how the sprint race went:

The first race of the Formula 2 weekend in Belgium was scheduled to start at 12:30 GMT. [GMT-3], but had to swallow delays that started with an accident at the local Porsche Supercup, even before F1 qualifying. This time, the start had to be rescheduled to 45 minutes later than originally planned.

The ambient temperature was 16°C and the track was a quiet 21°C. According to the inverted grid scheme, the top 10 had Ralph Boschung, Jehan Daruvala, Théo Pourchaire, Richard Verschoor, Liam Lawson, David Beckmann, Jack Doohan, Logan Sargeant, Enzo Fittipaldi and Felipe Drugovich. In tomorrow’s main race, the top 10 at the start will be exactly the opposite, as agreed in Friday’s standings.

Before the start, however, a problem: Daruvala pulled over during the presentation lap. Despite his privileged position, he wouldn’t even let go.

Boschung defended pole as the drivers departed, while Pourchaire had one of the worst starts he could have imagined. With an automatic second place in hand without Daruvala, the Frenchman came out badly, saw Lawson open to the grass to avoid collision and dropped to fifth place. Lawson was second, followed by Verschoor and Doohan. Drugovich gained three positions in the first lap and already appeared in sixth, glued to the rival.

Marcus Armstrong also started well and took seventh place, while Beckmann, Sargeant and Dennis Hauger finished the top-10. Ayumu Iwasa made an electric start and lined up passes to move up to 11th, ahead of Fittipaldi.

Right on the second lap, Lawson showed that he wouldn’t accept being well behaved in second place. The driver, who was in F1’s FP1 on Friday, defending AlphaTauri, took Boschung’s vacuum at Eau Rouge and swallowed his rival to take the lead.

The moving wing opened on lap four and almost immediately Boschung regained contact with Lawson. If he got within 1s of the rival, he could trigger and attack back. The first to take advantage, however, was Doohan, who used the Les Combes curve to dive against Verschoor and take third place.

After the start and lively first lap, the race didn’t have many fights for positions. The fact that the track is extensive also helped with the spacing between the cars. Drugovich, for example, appeared to be in control of the situation behind Pourchaire. He didn’t threaten much to not risk it, but he marked the opponent. On Sunday’s start, the Brazilian will be on pole while the Frenchman will be eighth.

On the 11th of 18 laps, Lawson had managed to break away and had 4s5 ahead of Boschung. Then, Sargeant made a mistake alone, lost grip, spun and hit the rear end of the guardrail. Safety-car on the track and emotion, because Drugovich and MP decided to take a risk, stop in the pits and put on new soft tires for the last few laps. The Brazilian was not the only one to do it, but he was the best placed among those who did. So he came back in 12th place.

The green flag arrived at the opening of the 15th lap and therefore the strategy would have to work in four laps. At the restart, Drugovich went on the attack, but went off the track in an attempt to pass Vips. He wasted time, but there was still plenty of time. Vips and Hauger fell behind on the first lap. The concern was that Felipe was placed under investigation for his departure from the track, something that was left to be evaluated after the race.

Up front, Lawson escaped again and was closing in on victory. Boschung, Doohan, Verschoor, Pourchaire, Armstrong, Beckmann and Iwasa were in the scoring positions.

But Drugovich was coming. Fittipaldi, Iwasa, Beckmann, Armstrong, rival Pourchaire and Verschoor were all in the way. The bet paid off: Felipe finished in fourth place.

Doohan even went for Boschung to try for second place and got it. Lawson win with Doohan and Boschung on the podium.