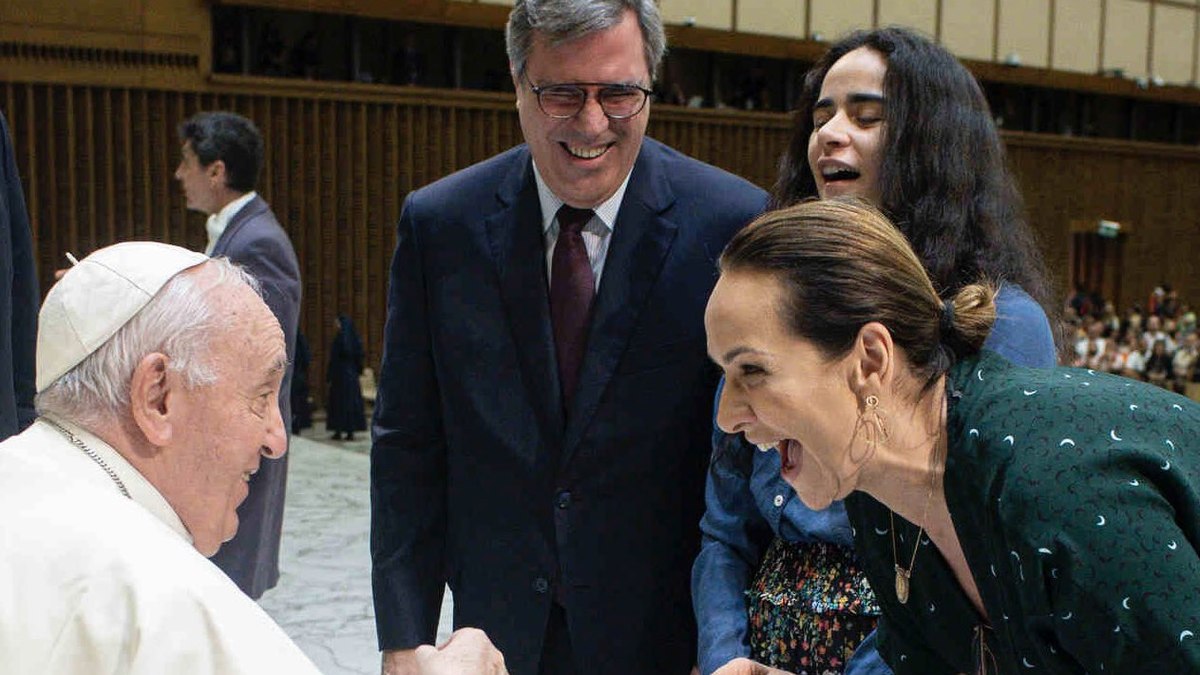 Maria Beltrão reports confusion at the meeting with Pope: ‘Is cachaça water?’

Last week, presenter Maria Beltrão met with Pope Francis at the Vatican. An assumed Catholic, the presenter spoke with emotion about the meeting on “É de Casa” (TV Globo) this Saturday (27). According to Maria, nervousness ended up getting in the way a little and causing the Pope to question her: “Is cachaça water?”.

Join the iG Gente channel on Telegram and stay up to date with all the news about celebrities, reality shows and more!

To her colleagues on the program, Maria reported that she took items to be blessed and decided to present the pontiff with sweets. “I was already very happy, taking 200 medals, which I’m going to distribute to you. (…) I’m that kind of clueless person who asked if he could take sweets to the Pope. He loves sweets, but he has to eat I said I was going to take paçoquinha, pé de moleque, roll cake, my brigadiers…”, he said.

Facing Pope Francis, however, emotion took over Maria, who with good humor recalled the scene. “When I saw myself in front of the Pope, until I explained that those sweets were for him… I think I spoke Javanese, he didn’t understand anything, I was very nervous, and he went out blessing the sweets. I got more and more nervous, I opened the candy box and said to him: ‘Papa, it’s for you and you don’t get fat.’ He looked, started laughing and said, ‘Oh, get fat!'”.

From there, the presenter hugged the pope and even smeared him with makeup. According to Maria, the church representative would have been frightened by her approach.

“After he said that, I went into Maria mode of madness, of hysterics. I hugged the Pope, smeared my makeup… Then he looked at me with great gravity and said he had a question. And I shook his hand , because when I’m nervous I do everything wrong. Until the Pope asked: ‘Is cachaça water?’ (laughter) And then, I slapped the Pope, and said: ‘I think it’s the Holy Father, because I drink a lot,’ “, he concluded.