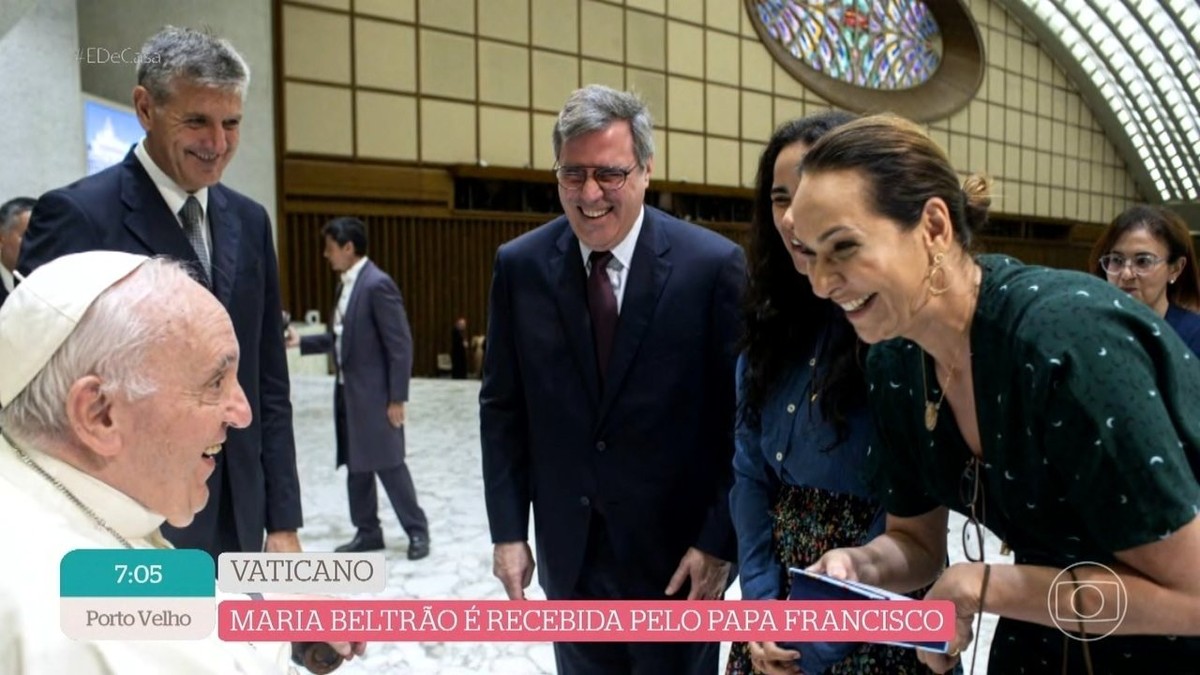 Maria Beltrão says she laughed in the Pope’s face when she heard an unusual question: ‘I got into hysterical mode’ | TV & Famous

Maria Beltrão’s visit to Pope Francis gave a lot to talk about on social media! Also, no wonder: how not to imagine this meeting of millions between the charismatic presenter of “É de Casa” and the world leader of the Catholic Church?

During the program, Maria made us happy by telling us about this “pass” through the Vatican:

“I was already very happy, taking 200 medals, which I’m going to distribute to you. (…) I’m that kind of clueless person who asked if he could take sweets to the Pope. He loves sweets, but he has to eat I said I was going to take paçoquinha, pé de moleque, bolo de roll, my brigadiers…”

Maria Beltrão says she had a good laugh in meeting with Pope Francis — Photo: Globo

And, during the conversation, the presenter had a good laugh at some of the messes that ended up happening:

“When I saw myself in front of the Pope, until I explained that those sweets were for him… I think I spoke Javanese, he didn’t understand anything, I was very nervous, and he went out blessing the sweets. I got more and more nervous, I opened the candy box and said to him: ‘Papa, it’s for you and you don’t get fat.’ He looked, started laughing and said, ‘Oh, fatten up!'”

After the mission accomplished to deliver the sweets, Maria says that she heard a very unusual question:

“After he said that, I went into Maria mode of madness, of hysterics. I hugged the Pope, smeared my makeup… Then he looked at me with great gravity and said he had a question. And I shook his hand , because when I’m nervous I do everything wrong. Until the Pope asked: ‘Is cachaça water?’ (laughter) And then, I slapped the Pope, and said: ‘I think it’s the Holy Father, because I drink a lot'”.

Previous Rocks from Mars that would reveal water have not been found
Next Check out the movies, series and documentaries coming to Netflix in September