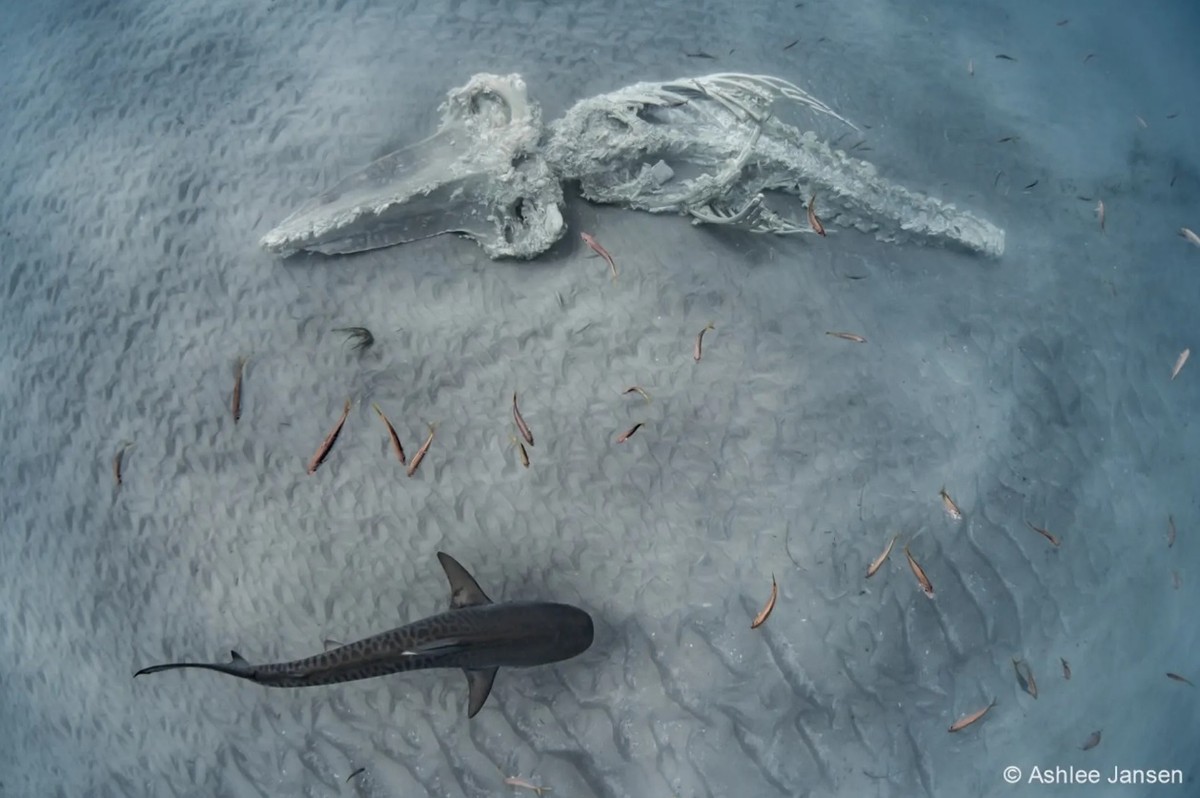 Photographs can be taken with digital or film cameras and the judges take into account photographic technique, aesthetic and artistic quality and the uniqueness of the images when making their selections.

This year, a stunning photo of a humpback whale carcass with sharks swimming around it in Coral Bay, Western Australia, was the big winner. “The beauty of the image lies in its ingenious circular composition, seen in the curves of the whale’s skeletal ribs mirroring the patterns in the sand, keeping our eye within the frame moving between the living and the dead,” say the judges, who voted for unanimous in Ashlee Jansen’s photo.

Another highlight of the 2022 edition was the image of a white shark captured by Matty Smith, who says he used tuna oil to attract the predator and was able to take a photo so close to the animal.

Moving on to terrestrial fauna, Alan Kwok was recognized by the click of a kangaroo’s paw that, while trying to jump a fence, got caught in a barbed wire on a plot of land in New South Wales, Australian state.

Gary Meredith secured his spot on the podium with this photo of a lizard resting on the railing of a building where a gold mine works in the Australian desert.

The other winners of the 2022 edition can be checked in full at this link.