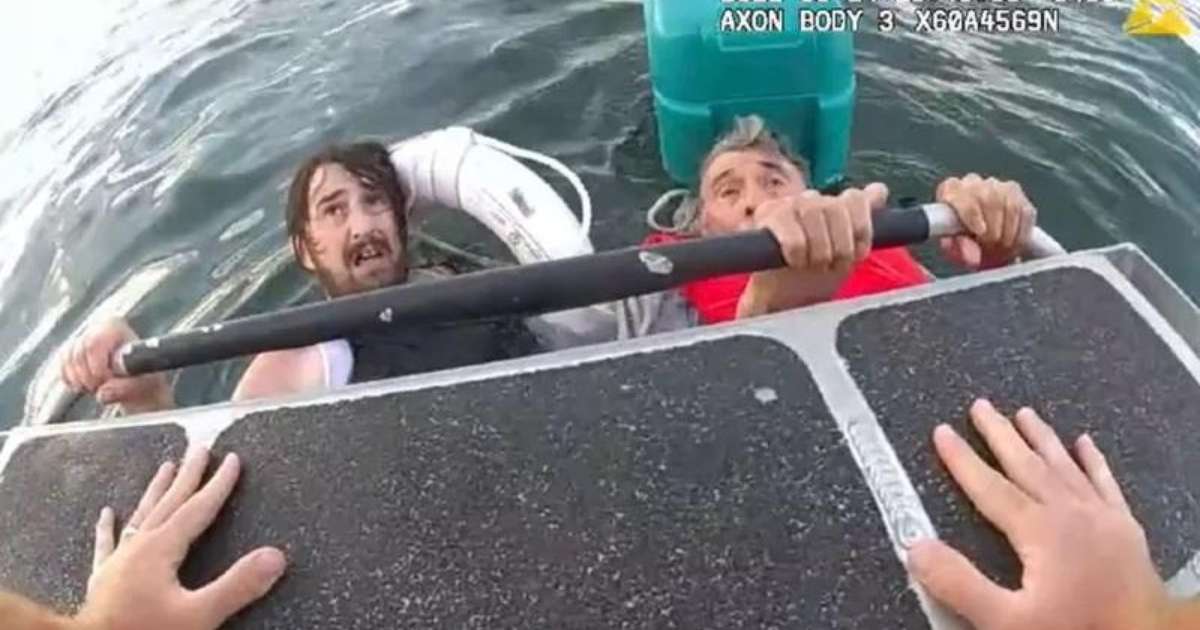 The Boston Police Department’s harbor patrol unit rescued a father and son who were desperately clinging to a cooler after the boat they were on sank in light off the coast of Graves Light in the city’s harbor.

In a post on Facebook, the agents told about the story, which ended up going viral on social networks due to the images of the rescue.

According to local police, the incident was attended to on Wednesday, 24, around 18:35. At the time of the call, the officers were on patrol in the harbor of the “Robert Guiney” and were about eight minutes away.

On approach, officers observed a vessel about 100 meters off the coast of Graves Light and could only see part of the boat bowing above the water. As the officers approached, they noticed a blue object floating in the water, and moments later, they noticed two men floating around, holding a blue cooler.

The men reported to officers that they were weak and had difficulty keeping their heads above water. The officers rescued the victims by pulling them out of the water onto the police boat.

Later, the men reported that their boat’s engine became tangled in lobster lines and began to fill with water, eventually sinking and causing them to abandon the vessel.

Both victims were rescued by officers and transported to berth 10, where the rescue team was waiting to treat them. The victim’s boat was lifted and towed to Thompson Island. Watch the rescue video below:

Previous Haaland scores three to command City comeback over Crystal Palace
Next Casemiro debut, Manchester United beats Southampton with a goal from Bruno Fernandes and packs in the Premier League