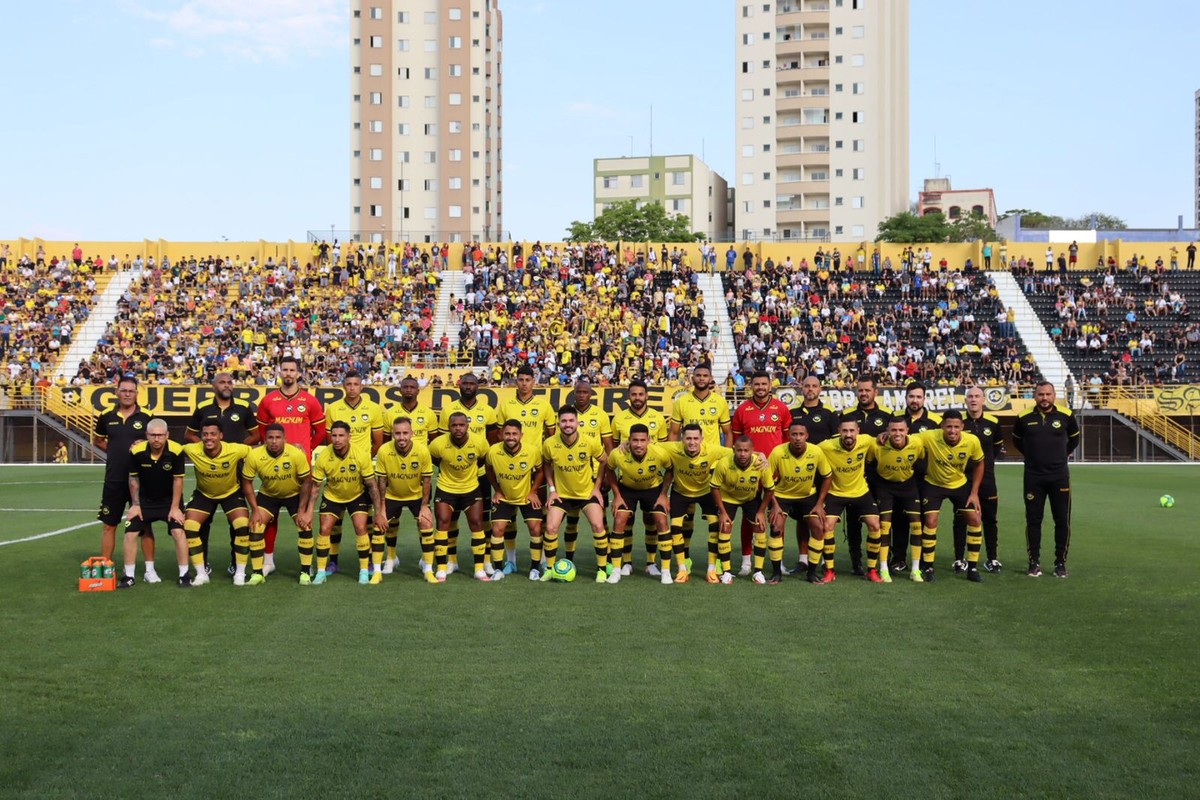 The stands at Estádio 1º de Maio, in São Bernardo do Campo, chanted a single cry this Saturday:

And on the field, the team responded. After winning the first leg by 3-0, São Bernardo dominated the game, beat Tocantinópolis by 2-0 and stamped the passport to Série C and the semifinals of Série D.

In the semifinal, São Bernardo will face the winner of the confrontation between Caxias-RS and América-RN, this Sunday, at 16h. In the first leg, the Gauchos won 1-0.

– We have to take the opportunity to celebrate. We have a few days to rest and then it’s time to prepare for the semifinals, pass, and go to the final – said goalkeeper Alex Alves.

The unprecedented access rewards the team and the work of coach Márcio Zanardi, who was constant throughout the competition. Absolute leader of Group G, São Bernardo had only one defeat in the classification phase: in the last round (14th), against Portuguesa-RJ. What’s more, the defense went 1,194 minutes without conceding a goal, something that only happened in the penultimate round, against Paraná Clube.

In addition, this season’s campaign was already historic. In its second participation in Série D, the club had never reached the quarter-finals, where they eliminated Tocantinópolis and secured themselves in Série C next season. Before the quarterfinals, Bernô eliminated Azuriz-PR and Bahia de Feira.

– This access was the main objective of the year. Championship is difficult, logistics, travel, field… But we were a consistent team, conceded few goals and entered the club’s history – said Alex Alves.

Even with the solid result in the aggregate score, São Bernardo started the match trying to define the classification in the first half.

Midfielders Guilherme Queiroz and Vitinho dictated the pace of the match, creating the best chances. In the 21st minute, after the Tocantinópolis defender pushed away a corner, Vitinho, at the entrance of the area, took the leftovers and hit hard, low, opening the scoring for the home team.

After the goal conceded, Tocantinópolis lowered their guard and their spirits, barely managing to attack. On the other side, São Bernardo exchanged passes with ease and arrived at all times in the opposing area, almost increasing the score on several occasions.

In the second half, the only change was the side of the teams on the pitch: São Bernardo was still on top and Tocantinópolis, cornered, unable to reach the home team’s area. For São Bernardo, he had everything: goal lost face to face by left-back Ruan, ball on the post from center forward João Carlos, in addition to errors in the last pass.

At 26, through another hit from a corner, the ball fell to Felipe Diogo, who had already scored in the first game, and did not forgive: 2 to 0 Bernô. And so it was. With 5-0 on aggregate, the mood was already festive even before the match ended.

*Collaborated under the supervision of Carlos Augusto Ferrari

Previous Brazil has the most expensive iPhone in the world; see prices around the world
Next Olivia Wilde Is Impressed With Harry Styles’ Performance In Don’t Worry Honey: “I Was Out Of Body”