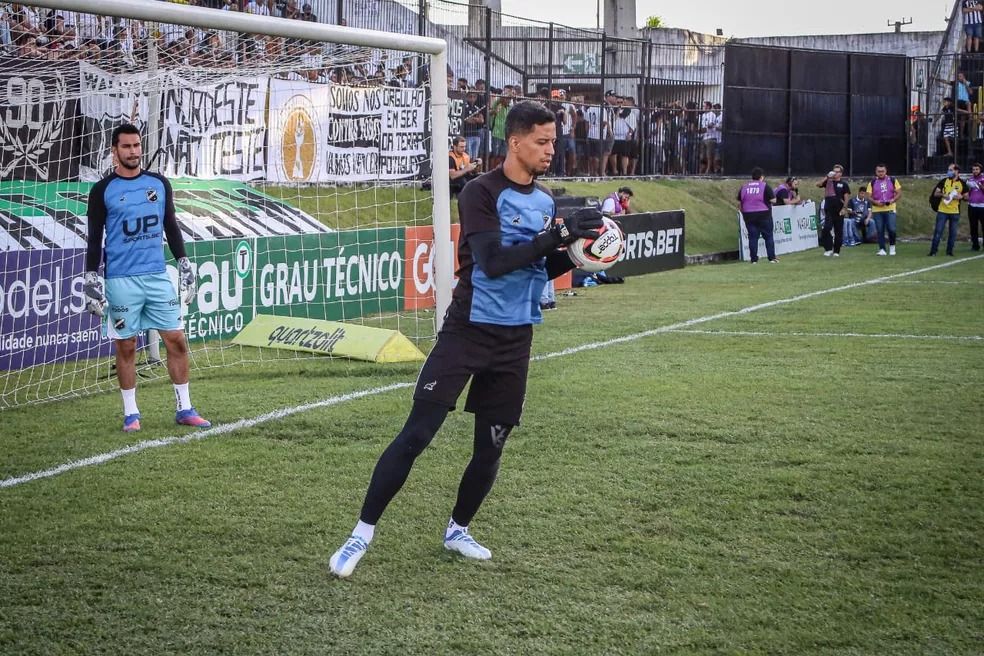 ABC achieved an important victory in the duel against Paysandu, on Saturday afternoon/night (27). The 1 to 0 leaves the potiguar team in the lead of Group C, of ​​the C Series of the Brazilian Championship with six points.

Even before the ball rolled in Belém do Pará, the potiguar team faced problems. Upon arriving at the stadium, the delegation was prevented from entering and they all spent about 20 minutes inside the bus waiting for an authorization from the administration of the club from Pará.

Alvinegro went to the field quite modified, betting on the strength of the marking, with three defenders and three midfielders. Other surprises were Jefinho as a starter and Wallyson in the reserve.

The match started warm. Fernando Marchiori’s team played to control the midfield and bet on speed. Paysandu was betting on strength on the right side with Robinho.

And it was with the striker that the first real chance of a goal arose. In the 20th minute, he was launched in the back of the abecedista defense and went out in front of Matheus Nogueira. The kick came out masked and deflected on the ABC goalkeeper before going to a corner.

The home team grew in the game and began to press. Playing the ball well, Paysandu overcame the good marking of ABC and went through the defensive lines with vertical passes and speed.

But, despite the predominant first half of Paysandu and Alvinegro not having kicked any ball towards the goal, the match went to halftime tied at 0-0.

On the return to the second half Gabriel Davis came to the field in place of Robinho, one of the best of Paysandu in the first half of the match at Curuzu. At ABC, Jefinho left the game for the entry of Gustavo França.

With less than a minute of ball rolling, Walfrido disputed a ball in midfield, used his arm and the referee interpreted the play as aggression. The midfielder took the second yellow card and had to leave the field. The shirt 20 left angry.

To make the abecedist drama worse, winger Felipinho felt a muscle injury in his thigh and had to leave the field. Daniel Vançam was chosen by Fernando Marchiori for the left wing.

But as football is surprising, in the first finalization of the potiguar team, Erick Varão crossed, Lucas Douglas got ahead of the defenders and headed firmly for the goal in the 15th minute.

Marchiori changed once more and the move was to close the team even more. At 20 minutes he took out Fábio Lima and put Matheus Rocha to play.

In the 32nd minute, the Paysandu player dug a penalty and the field referee scored. VAR drew attention and the bid was disallowed. You got the video refereeing right.

The pressure increased and the potiguar team just started to defend in the game. “Entrnched” in the line of their own penalty area, the alvinegros were looking for a very important result. And after 52 minutes of suffocation, the referee whistled the end of the match.

Previous These jobs can pay up to BRL 30,000 a month very soon
Next Application “turns” your Android into iOS