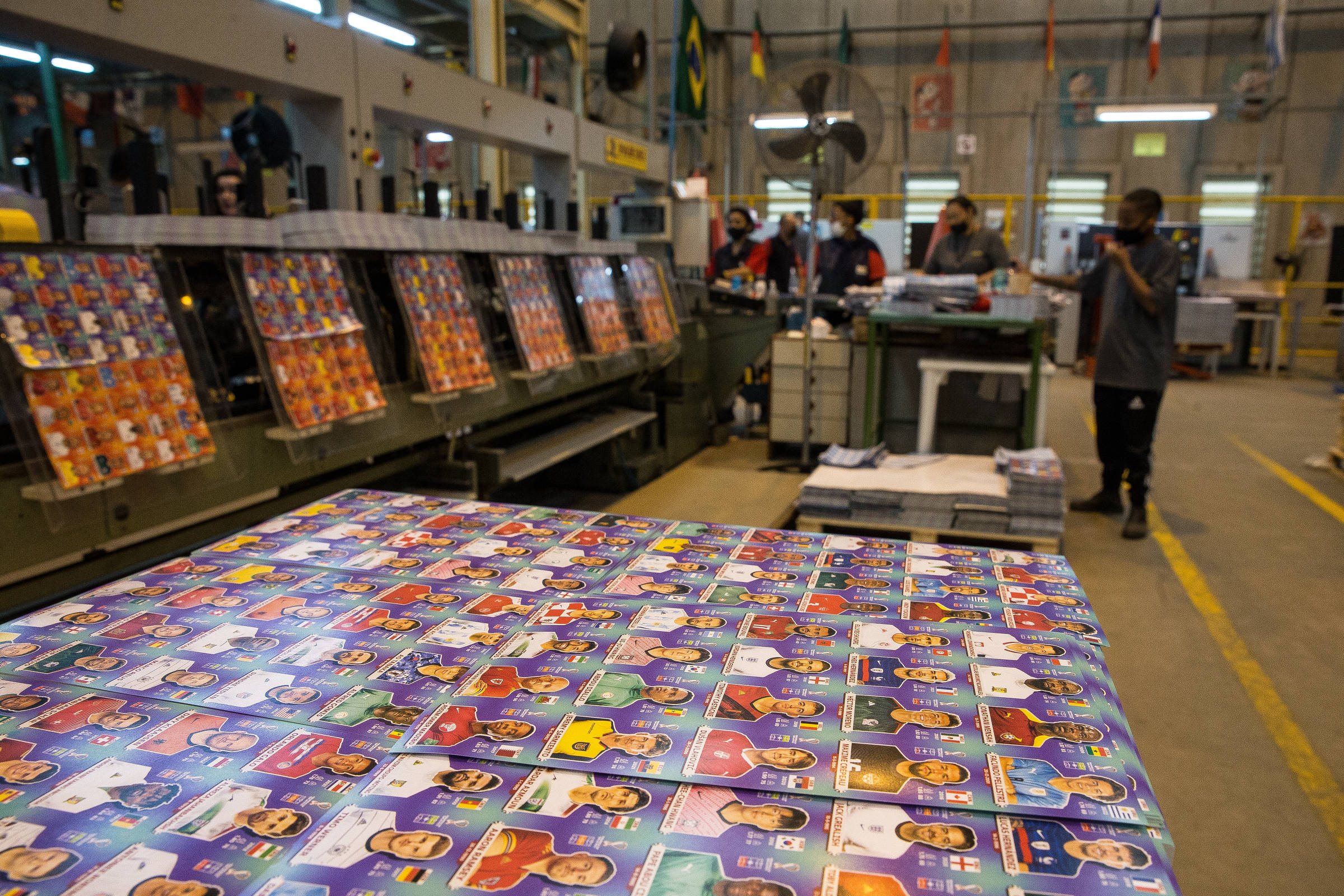 Are there cards that are rarer than others in the World Cup album? Can a newsstand receive more or less stickers from a particular player? Will I need R$9,000 to complete the album?

With each new edition, the collection that brings together athletes from the countries classified for the biggest national team competition in the world has its old legends renewed and new theories emerge among fans.

Perhaps the biggest curiosity concerns the rarity of certain figures, usually of the most famous players, such as Neymar, Messi and Cristiano Ronaldo. According to Editora Panini, this impression is nothing more than a myth. Difficulty finding certain items, the company says, is a matter of probabilities.

“There is no way to have rare figurines in the sense that we produce less one figurine than another. This is not possible due to our production process”, says Carolina Motta, marketing manager at Panini Brasil, in an interview with Sheet at the company’s factory, at the Tamboré Business Center, in Barueri.

The report followed part of the process on site, where the publisher already receives the printed stickers and carries out the process of separation, packaging and distribution to Brazil and 15 countries in Latin America.

Packaging production began on June 27. According to the company, 9 million packages are produced per day, from Monday to Friday. So far, around 400 million have been made, with at least five stickers in each one — the publisher does not disclose how many are marketed within Brazil. Here, they cost R$4. The album printed on cardboard costs R$12.

On the production line, a machine is responsible for randomly separating the figurines. “So, if a person wants to take Neymar out, he is one in 650 stickers. So, [a dificuldade de encontrá-lo] it’s due to the proportion”, adds Carolina.

According to her, if the publisher chose to create rarer cards, therefore with a lower offer on the market, it would have to go through a process with the Ministry of Economy, via the Secretariat of Evaluation, Planning, Energy and Lottery, as it involves luck as a collection component.

Specialists in consumer law also explain that there is a regulation in the country to require the production of stickers so that all consumers can complete their albums.

For the Qatar World Cup album, however, Panini found a way to create figurines that, in fact, are rare, but they don’t fall under this legislation. In all, there are 80 extra cards, with 20 players represented and each with four versions: common, bronze, silver and gold, which indicate the rarity of each sticker.

These stickers are extra, there is no space to paste them in the album. So no one needs them to complete the collage. And there are extras in the package too. They arrive as the sixth of the pack, which usually contains five.

Panini treats these letters as collector’s items, a condition that, according to the company and experts in consumer law heard by the report, allows commercialization without the need to register with the Ministry of Economy.

“The availability of stickers as a collector’s item does not necessarily offend the current legislation if there is clear and express information on their characteristics and that they are an additional item to the sticker album”, says Lucas Simão, partner specialist in consumer law at Pinheiro Neto Advogados.

The inclusion of these stickers, however, created a race for packages and inflated the price of stickers for some athletes. On the internet, you can find people asking R$9,000 for the golden version of Neymar, one of the most coveted.

Panini states that “it does not sell extra stickers individually and parallel sales are not the brand’s responsibility”.

Rodolfo de Macedo, 28, has been collecting figurines since the 2002 World Cup. “Now I’m penta in the album, just like Brazil”, he jokes. The interest was encouraged by his father. Now, making the collection has become a passion for which he is willing to spend up to R$200 a month to complete the album.

The advertising copywriter says that he has already taken the bronze version of Son Heung-Min, a Tottenham player who defends South Korea. “I’m keeping it as a relic, inside a protector. I don’t plan on selling it for now, but, apart from Neymar, it’s very likely that [venda] yes,” he says.

On the internet, among the various theories about the rare stickers, there are videos in which people appear weighing the packages as a way to find those who have the extra stickers. According to reports, normal packages weigh 4g. When you have a special sticker, the weight would be 5g.

Carolina Motta enjoys the creativity of the theories created by collectors. “If you have an extra sticker, it will weigh more in the package. But the people who filmed bought it and weighed it at home”, he says, remembering that merchants will not allow packages to be weighed before they are sold.

“Some people ask if it’s necessary to go to different newsstands to complete the album and there’s no way to know that because we don’t have that control”, adds Carolina.

She also plays with other legends that have already reached the publisher. “We have already been asked if there was a hologram on the stickers and, in case someone found it, Panini would pay R$ 1 million. It’s a lie.”