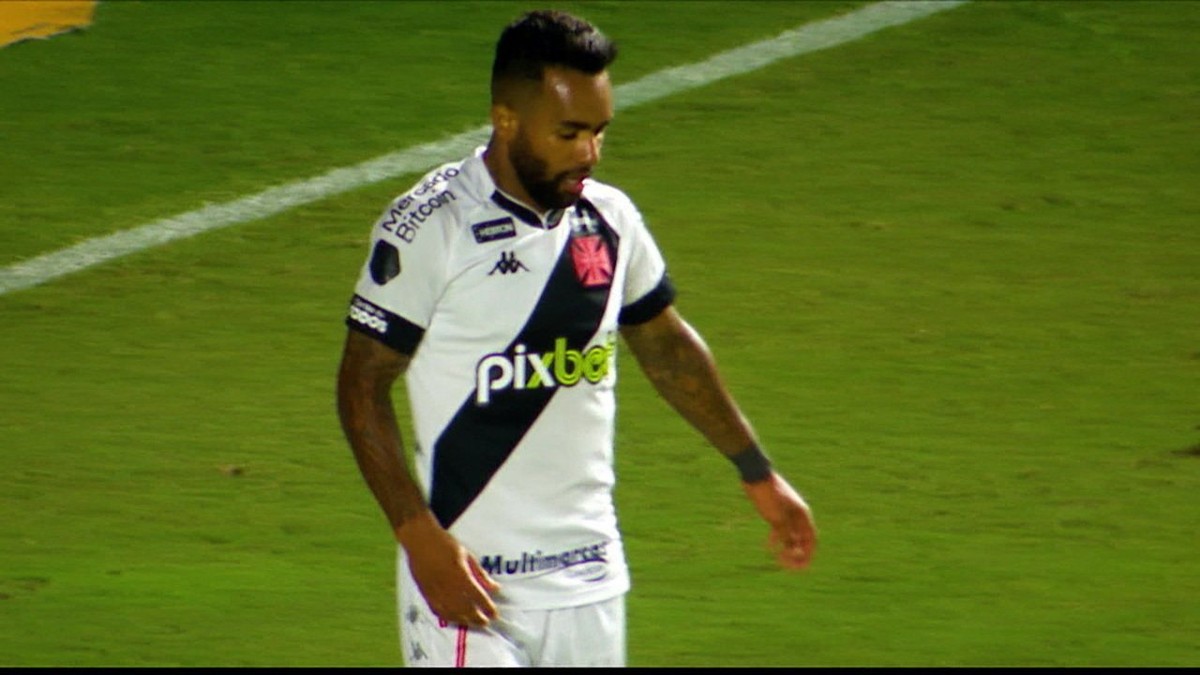 Alex Teixeira reaches 100 games for Vasco, takes stock and says where he feels most comfortable | vasco

The record of many Vasco residents has not yet fallen, after years asking for the return of Alex Teixeira. In July, Vasco announced the return of the striker after 12 years abroad. Alex arrived with the status of ace and idol, but on the field, after four games, he still didn’t shine. A matter of game rhythm and readaptation, according to the player.

– It’s a smooth start. There is the question of adaptation after 12 years out. The championship is also in the middle. But overall, I did well. And every game I’m better – analyzed Alex. 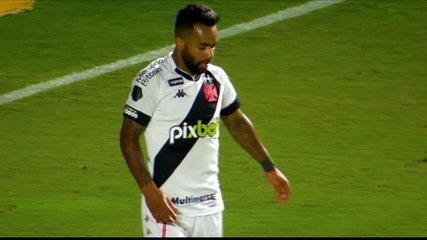 Against Bahia, Alex Teixeira will complete 100 games for Vasco

For many, Alex is being cast out of position. He started his career at Vasco as a winger, but in Europe he started to play more centrally in the attack, where he actually feels more comfortable. In an interview with ge, Alex talked about his preferences, but made himself available to play wherever Emílio Faro thinks best. Want to help. But it won’t be surprising if he appears in a new role against Bahia.

– I started on the left wing. But in Europe I played more as a striker or number 10. But that’s the coach’s choice. I’m here to respect. I don’t have that vanity to say that I want to play in a certain position. I am here to obey the coach and wherever he places me, I will respond as best I can. But where I feel most comfortable is as a second striker or a false 9.

Out of position or not, the fact is that Alex Teixeira is happy. After a long time living abroad – he played in Ukraine, China and Turkey -, shirt 7 is back in Brazil and Vasco. In Rio de Janeiro, last Saturday, he accompanied the birth of Alex Júnior, his first child after two girls.

On the field Alex also has something to celebrate. Next Sunday he will celebrate the mark of 100 games with Vasco’s shirt.

– It’s a very important brand. I’m glad. But it’s no use playing 100 games if we don’t get the result on Sunday against Bahia. I will focus on the game first and then celebrate this 100-game mark – said Alex.

in chat with gethe striker talked about his return to Brazil and Vasco, lobbied for Emílio Faro to remain in charge until the end of the year and answered about physical issues, the search for rapport with Nenê and the differences he has found in Brazilian football . 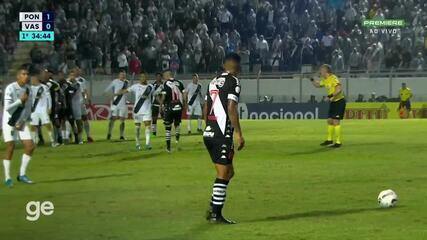 Check out Alex Teixeira’s bids for Vasco in Serie B

ge: After 12 years abroad, what has it been like to play Serie B?

Alex Teixeira: It’s a little tricky. Travel is complicated. Abroad, we always traveled on the eve of departure. Now we had a trip to Maceió, where we traveled on Tuesday and returned on Friday night. It’s complicated. But I know well what Série B is. I remember our routine very well in 2009. I’m trying to do what the club says. Abroad, we always traveled the day before, on chartered flights.

The issue of lawns is also different. There are some very bad fields here. But we have to adapt. Football in Serie B is much more intense and fast-paced, totally different from Europe. It’s stronger football. These are the things that differentiate Europe from Brazil.

Are you physically ready?

I’m good now. I’ve been working at the club for a month and a half now, working very hard every day. I’m trying to get the most out of it. I know you’re in the middle of the competition, I haven’t played for two months. With each game I can improve more.

Nenê said that you are still looking for the best rapport.

That’s right. I arrived just over a month ago. It’s a matter of adaptation and engagement. On a day-to-day basis, we will work on this and put it into the game. In the game we have to try to look for each other. It’s just a matter of time before we get together.

How was the work week with an eye on Bahia?

We analyzed all the mistakes we had against the CSA. We forgot this game. We are training hard all week. It’s been very busy. But it has to be like that. We studied Bahia. We have everything to come out with a good result from there.

His son, Alex Jr., was born last Saturday, the day before Vasco’s birthday.

I am really happy. I’ve been planning this boy for a long time. He almost came on a very important date, which is Vasco’s birthday. I really wanted him to be born on Vasco’s birthday, but it wasn’t possible. But I’m very happy with his arrival.

Now there’s another man in the family.

I couldn’t stand just a woman at home anymore (laughs). The whole family is very happy with the arrival of the prince. He came with a tribute to my name, Alex Jr. My oldest daughter (Maria Eduarda, 9 years old) is delighted. Maria Luíza (5 years old) is jealous, she was the baby of the house. But they’re all happy.

How has it been working with Emílio Faro?

He is a big daddy to all of us. He is trusted by the whole group. As far as I’m concerned, we’ll stay with him until the end of Serie B. He already knows every group, who respects him a lot. In my opinion, he should stay with us until the end.

And how has your relationship with Vasco’s group been?

The group is very good. Before coming to Vasco, the first thing I asked was about the group, and I only heard positive things. It is a very united group, and this is important for us to seek our access.

How is it going back to live in Brazil after so long?

It’s great to live in Brazil. I’m at home, at my house and at Vasco, where I arrived when I was 7 years old. It’s very good.

And have you already decided if you intend to stay in Brazil and Vasco?

I’m focused until November on access to get back to the elite. And after that we think. 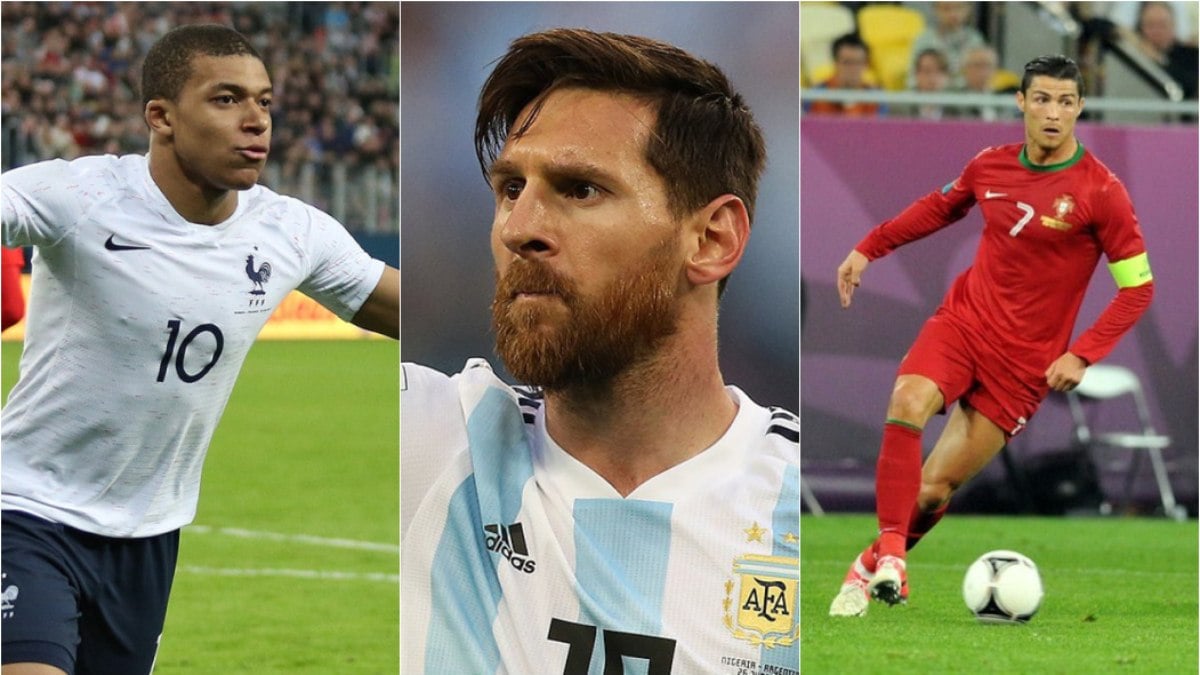