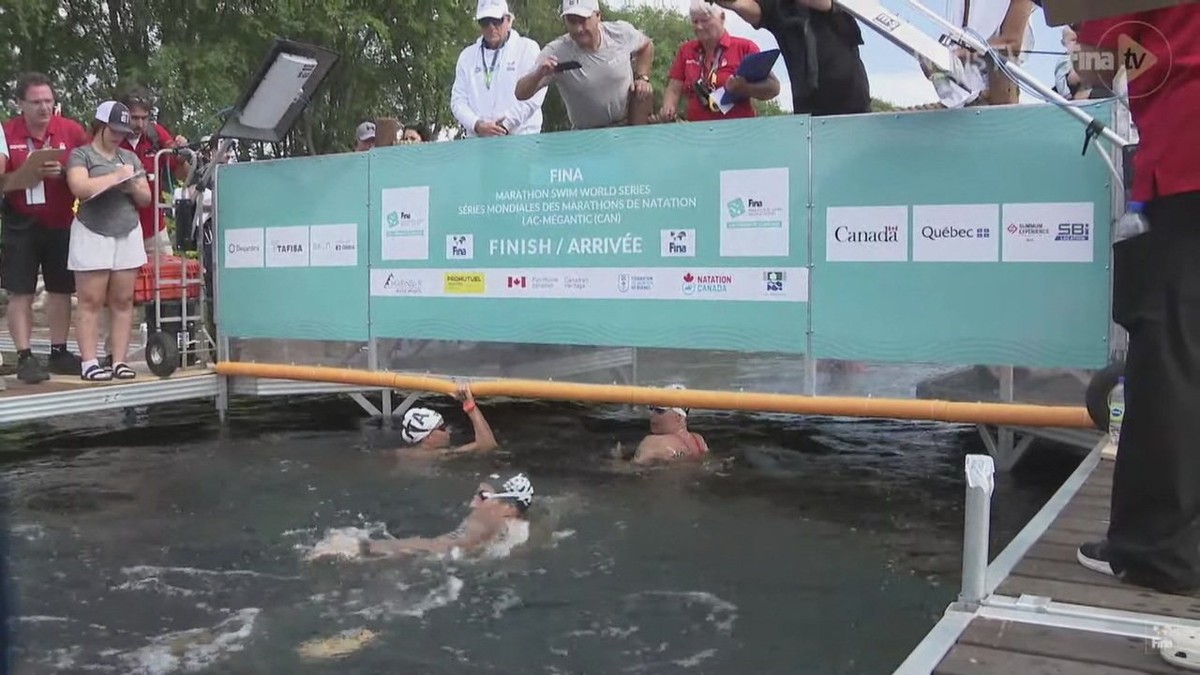 Ana Marcela Cunha remains on the podium in all competitions! In the third stage of the Aquatic Marathon World Cup, the Brazilian won another medal, this time a bronze in the 10km at Lac Mégantic, Canada. 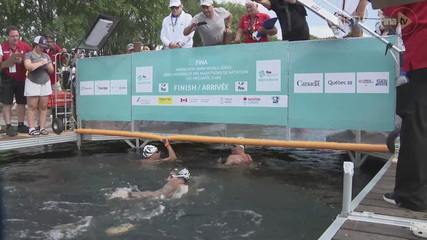 – “It was a strong test, hard test. The girls who came from the European Championships, both the Dutch Sharon Van Rouwendaal and the Italian Ginevra Taddeaucci are in a different training phase than Ana. Ana is resuming after the 10 days we took vacation , post stage of the World Cup in Paris. Ana is getting back in shape and they are at their peak”, says coach Fernando Possenti.

– “Now, they go on vacation and we continue training. I hope that in the next stages this will be more balanced. But in general, I liked what I saw. the sprint was good. Adjustments. The race was generally good. Proof of good level”, he concluded.

Other Brazilians in the race

Also in the women’s dispute, Viviane Jungblut took the fifth position with a time of 2:01:29.62. Diogo Villarinho, on the other hand, was the Brazilian representative in the men’s 10km race and was thirteenth, finishing the race in 1h51min43s10.

In the men’s, the podium was composed by Italian Domenico Acerenza with gold (1h50min50s83), Australian Nicholas Sloman with silver (1h50min51s68) and Hungarian David Betlehem with bronze (1h50min52s00).

Ana Marcela at the 2022 World Cups

At the opening of the world series, in May, Ana Marcela secured gold in the 10km race in Setúbal, Portugal. Then, in July, at the headquarters of the 2024 Olympic Games in Paris, the Brazilian climbed to the top of the podium once again. Thus, in all stages so far, the Brazilian won a medal in the competition.

In Hungary, at the World Aquatics Championships in June, Ana Marcela won gold in the 5km and 25km and bronze in the 10km Olympic event. Adding in his career so far 15 medals in this competition. 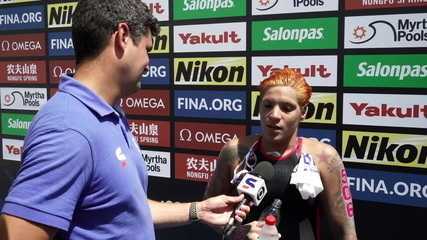 Previous Botafogo x Flamengo: probable teams, embezzlement and where to watch the duel for the Brasileirão
Next CONMEBOL repeats controversial referee for game in Buenos Aires