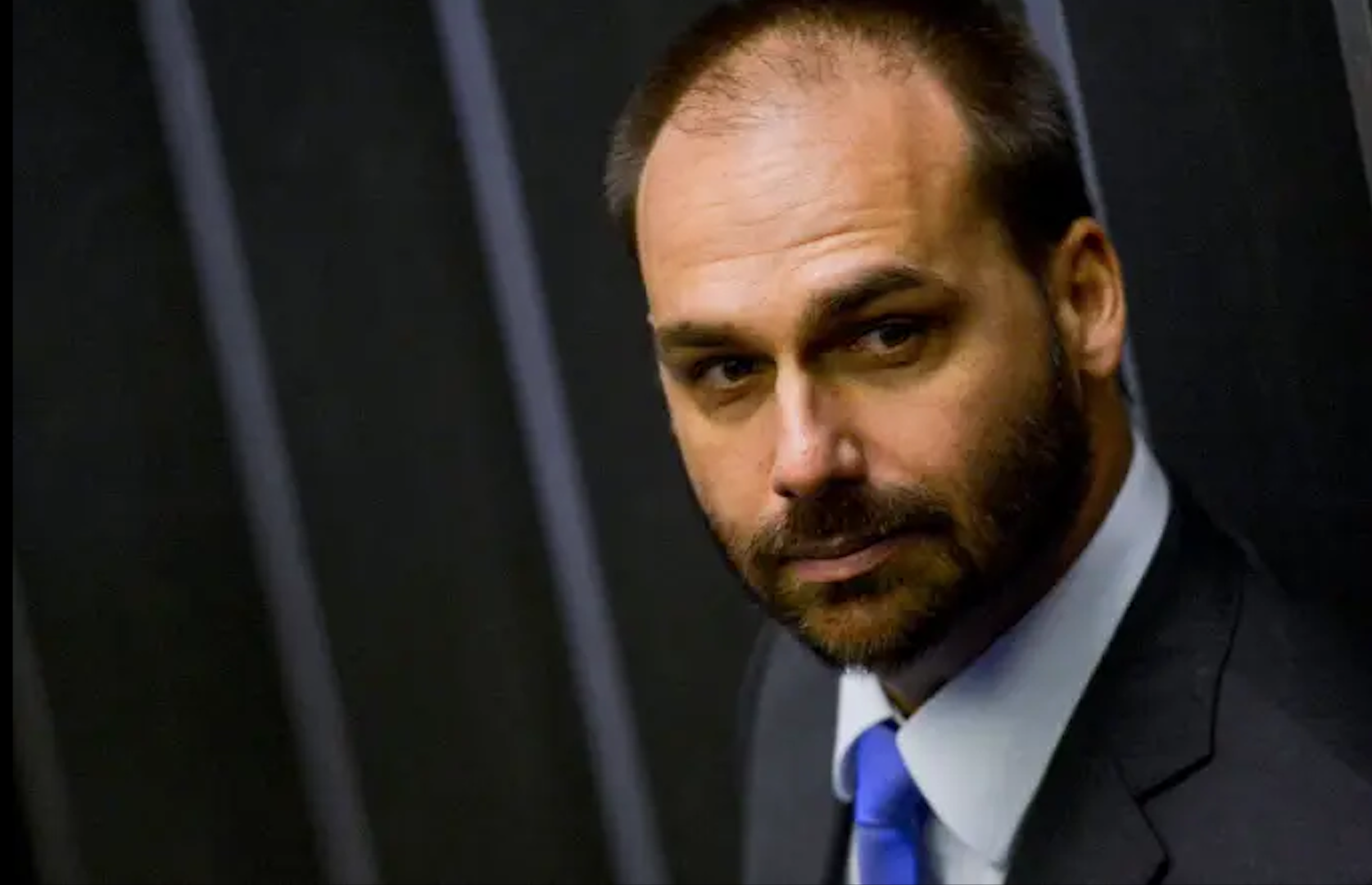 At the twitterEduardo Bolsonaro signaled support for a message from Republican Senator Ted Cruz, an ally of former President Donald Trump, defending US government sanctions against Cristina Kirchner. “Cristina Fernández de Kirchner is a kleptocrat. The US should sanction him for being corrupt.” said Ted Cruz on Twitter.

In response, Santiago Cafiero said that “one is more ignorant than the other” and stated that there is a legal persecution against Cristina Kirchner, “driven by ideological interests that are born outside Argentina”. 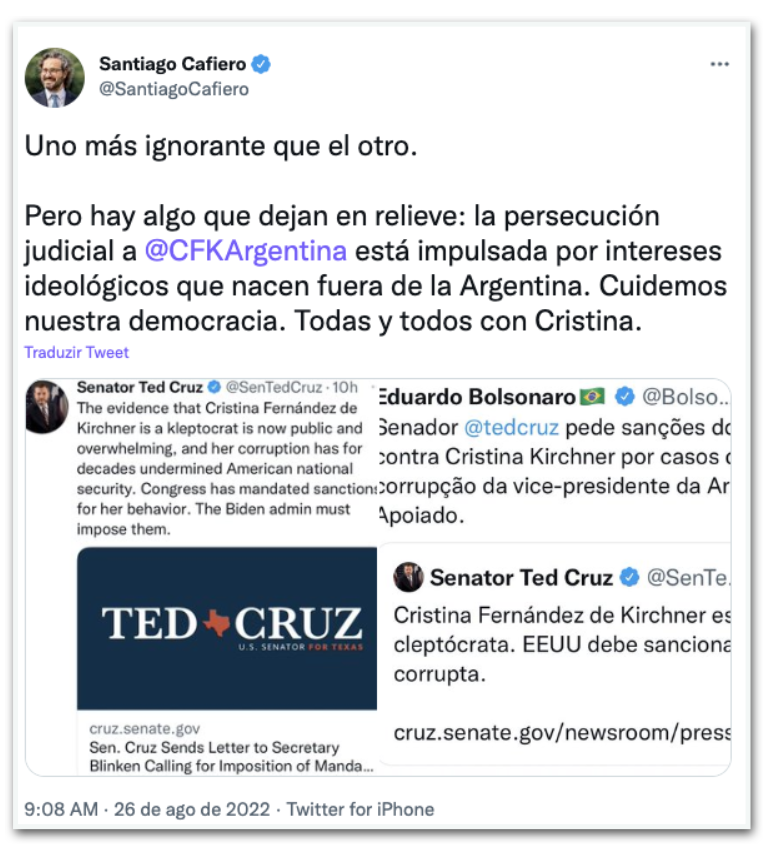 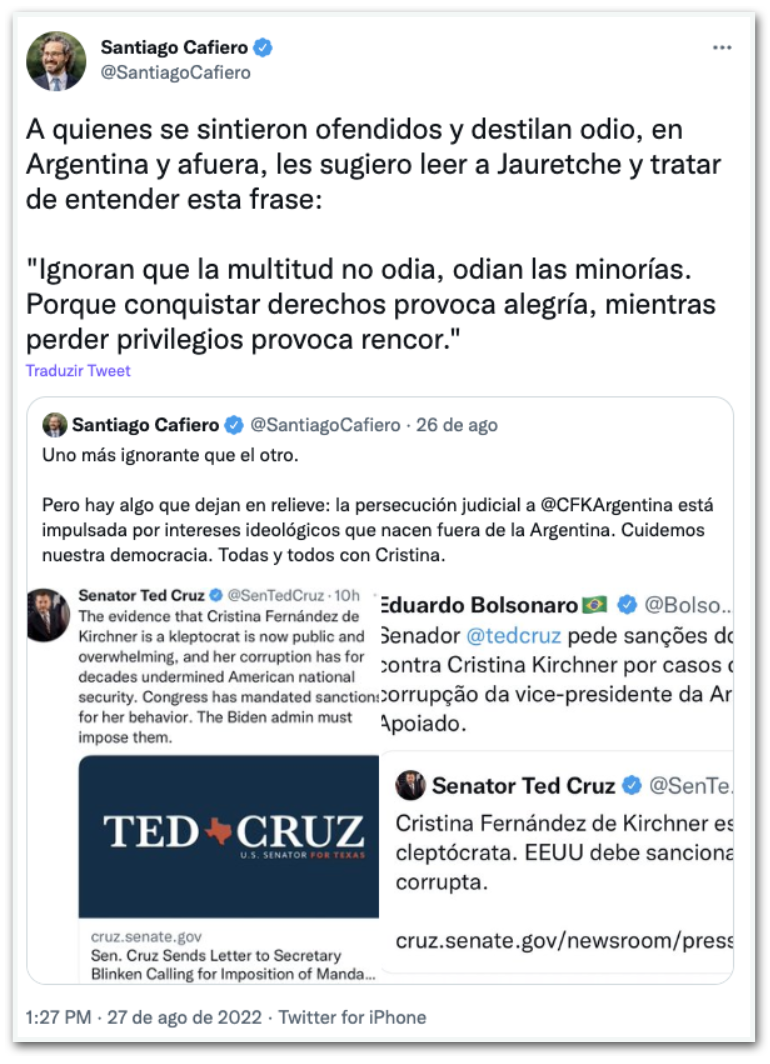 Argentine Vice President Cristina Kirchner is investigated in the “Vialidad” case, which began to be tried in 2019, but was temporarily suspended due to the covid-19 pandemic. The inquiry is in its final stage. In addition to Cristina, 11 more people are defendants in the case.

She and her husband, Néstor Kirchner (1950-2010), are accused of favoring businessman Lázaro Báez in public works from 2003 to 2015, when they alternated in the presidency. On Monday (22.Aug) prosecutors from the Argentine Public Ministry asked for 12 years in prison for Cristina Kirchner and that she be prevented from holding public office for the rest of her life.

She denies the accusations of embezzling money for public works and, last Tuesday (23.Aug), stated that the trial is an action “against Peronism”an Argentine political movement allied to the ideas of Juan Domingo Perón, who ruled the country from 1946 to 1955 and from 1973 to 1974.

As vice-president of the country and president of the Senate, Cristina has privileged jurisdiction and can only be detained for a crime in case of flagrante delicto. Therefore, an eventual conviction of the vice president becomes effective only after being reviewed by the Supreme Court of Justice, which can take years for the process to be concluded.

In addition to the “Vialidad” case, Kirchner is the subject of investigation in 9 other inquiries. Most are allegations of corruption. Of these, 4 cases are in the final stages of judgment.