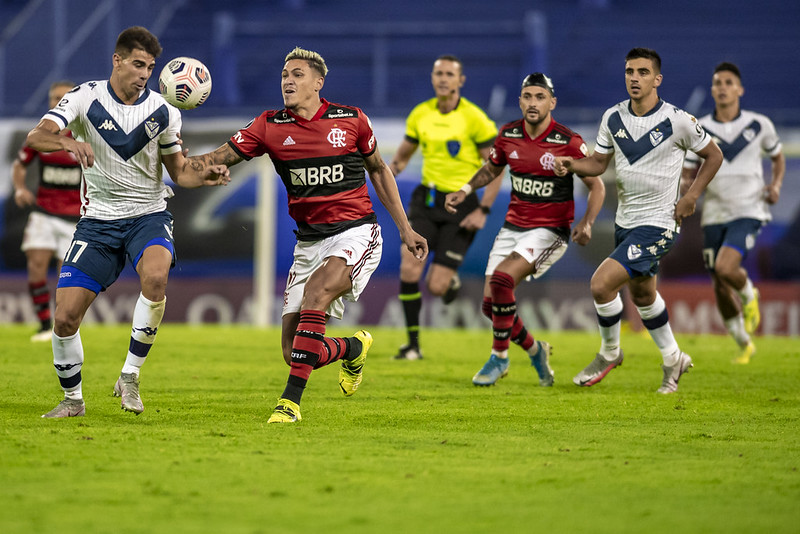 Conmebol announced this Friday (26) the referee schedule for the first leg of the Copa Libertadores da América semifinals. Flamengo faces Velez Sarsfield next Wednesday, at 9:30 pm, at the José Almafitani stadium, in Buenos Aires. ESPN and Star+ broadcast the game.

The referee of the confrontation between Flamengo and Velez will be an old acquaintance, as the Colombian Wilmar Roldan has already played in Rubro-Negro matches. The VAR referee will be the Chilean Julio Bascuñan. The curious thing is that Roldan was precisely the referee of the last confrontation between the two teams at José Almafitani, but in the group stage. The game took place on April 20, 2021.

At the time, Flamengo won 3-2, in the opening round of that year’s Libertadores group stage. Willian Arão, Gabigol and Arrascaeta scored goals for Flamengo. In that game, Roldan sent off Frederico Mancuello.

Flamengo meets Roldan from other editions of Libertadores

Colombian Wilmar Roldan has prestige, but is known for controversial referees. In 2011, he was accused by the São Paulo player Juan of making racist abuses during a Copa Sudamericana game. More recently, his performance in Brazil v Ecuador was classified as disastrous.

At Libertadores 2022, Roldan comes from commanding the second game of the quarterfinals of Libertadores, between Palmeiras and Atlético-MG, at Allianz Parque. As with Flamengo vs Velez in 2021, Roldan did not hesitate to expel players from the home team. Danilo and Gustavo Scarpa went to the shower earlier. See the full scale.

Previous Ana Marcela is bronze in the Canadian stage of the World Cup in the 10km | olympics
Next Tite wants to take a player from Atlético Mineiro, and it’s not the Hulk; situation is complicated