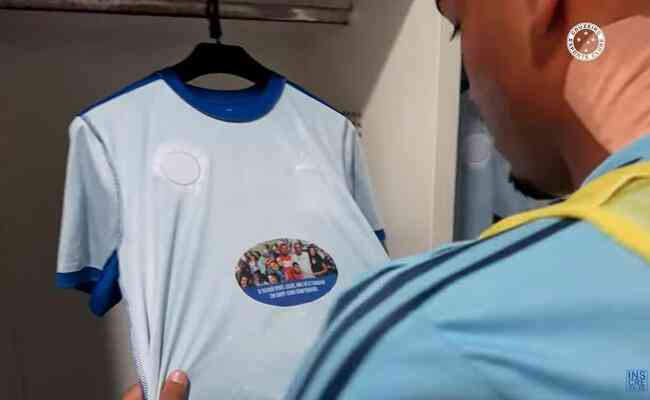 Cruzeiro: backstage of the rout over Nutico show ‘special motivation’

Cruzeiro released the backstage of the 4-0 victory over Nutico, last Friday (26/8), at the Independencia stadium, in Belo Horizonte, for the 26th round of Serie B of the Brazilian Championship. After the warm-up work on the pitch, the players were surprised by photos and messages from their families on the inside of the celestial shirt.

Matas Filippini, a member of coach Paulo Pezzolano’s commission, explained that the initiative served to motivate athletes to give their all on the field against Pernambuco.

“We decided to put a photo and a text of the players’ families on the shirts. Paulo (Pezzolano) has always talked about the importance of family, it is everything to all of us. He always says: ‘Do everything for and for your family’. This is very important for us,” he began.

“We know that the family is always close, in our minds, because there are players who are very far away from them physically and that is important. So, imagine you arrive after doing the warm-up and look at a photo of your family… leave everything on the field, fight until the end and give the maximum”, he concluded.

In the video released by the Minas Gerais club, it was possible to see that defenders Eduardo Brock and Lucas Oliveira, left-backs Matheus Bidu and Marquinhos Cipriano, midfielder Filipe Machado and attacking midfielder Bruno Rodrigues were thrilled with the surprise.

With the positive result, Raposa reached 57 points in the table – 13 more than Bahia, vice-leader with one less game, and 19 more than Londrina, 5th place, first team outside the G4.