Feature of the week: Dragons, Elves and Humanoids

Behold, after a long wait, they arrived! The most beloved dragons on the planet returned to miss you on Sunday (21) with the premiere of the dragon housea series derived from Game of Thrones. The elements that made GoT the all-time record audience series are present in the first episode: power struggle, intrigues of all kinds to reach the throne, lots of sex, bloody scenes and, of course, the late Daenerys Targaryen’s favorite pets. . the dragon house takes place in a period of Westeros history when dragons still existed in large numbers, that is, many generations before Daenerys. Rhaenyra, the new heroine, bears the same Valyrian traits as her famous descendant – very fair skin, silver hair and green eyes. She is the only child of King Viserys I, but it would be inconceivable for the council to have a woman sit on the Iron Throne. The other succession alternative is Daemon, the monarch’s bloodthirsty brother, an idea vehemently refuted by Otto Hightower, the Hand of the King. Regardless of the dispute, uncle and niece like each other very much. And now? We wait for the next chapters. (See the trailer)

The weak point of the premiere: the subtitles full of problems, entire dialogues without translation, making it difficult to understand the scene. A basic mistake in what is certainly HBO’s biggest investment this year. We hope they fix the subtitles for the second episode.

The Lord of the Rings: Rings of Power – 8 Episodes – Amazon Prime

Speaking of missing you, the new Prime series also aims to ease the withdrawal crisis of The Lord of the Rings fans. But despite the billion-dollar investment, making it the most expensive series in history, it seems the saga experts weren’t entirely satisfied with Rings of Power. It is not an exact adaptation of JRR Tolkien’s books and brings new stories and characters. As in The House of the Dragon, the plot takes place in a time much earlier than the original.

Synopsis: Before Frodo’s journey through Middle-earth, the Second Age was the scene of several heroic legends. The epic drama, set thousands of years before The Fellowship of the Ring, focuses on a time in history when great powers were forged, kingdoms rose and fell, while heroes were tested and hope nearly dashed by the great villain of the Lord of the Rings universe. The series begins at a time of peace, as the cast of characters new and old must face a resurgence of evil from the darkest depths of the Misty Mountains. Kingdoms and characters will carve legacies that will live on long after they are gone.

Apologies for the inconvenience – 6 episodes – HBO

Let’s laugh a little with this Spanish production that no one is made of iron! Two old friends with the same name, one Rafael is a rocker with a single big hit in the distant past, the other Rafael is a symphony orchestra conductor. They tease each other all the time, but end up living together when the maestro’s wife gets tired of her egotistical husband who she never appreciates and the rocker is financially on the verge of being evicted. Between one raid and another, both are confronted with the difficulty of getting old and adapting to modernity. After all, what does the young cellist mean when she sends a little heart emoji? Is it some love interest message? The two friends exchange ideas, trying to understand the “new world”. The actors Antonio Resines and Miguel Rellan are hilarious and guarantee good laughs.

It’s hard not to give a miniseries a chance that has Matthew Bomer in the cast. In addition to being a handsome and good actor, he always knew how to choose roles in successful movies and series (Magic Mike, The Sinner). Perhaps this is not the case. Stories about twins are recurrent in film / TV and many resulted in good thrillers, but this one didn’t work out very well for me. The protagonist is Michelle Monaghan, but the difference between the “two” sisters is a side braid on one and her hair down on the other. The Australian miniseries starts well, but the last part drags on and explains several times what the viewer already understood back then. Anyway, watch it and tell me what you think.

Maryam, a young doctor from a small Saudi town, wants to improve conditions at the hospital where she works. Considered a rebel to that traditional society, she goes beyond what is allowed for women. Trying to get paternal authorization to travel (yes, legal approval from a man is required) she ends up applying, almost by chance, as a candidate for secretary of works. We look a little perplexed at the customs and superstitions (beliefs?) of that society so different from ours, like an elderly patient who refuses to be touched by a woman. He prefers to be attended by nurses than a doctor. Maryam’s story runs parallel to that of her father, a widowed musician, who also goes on tour with the band in search of space for his art.

Haaifa al-Mansour is the first female director in the history of Saudi Arabian cinema. That says it all.

This futuristic romantic comedy was nominated for the Goya Award for Best European Film and is Germany’s bid for this year’s Oscars.

Synopsis: Alma (Maren Eggert) is a scientist working at the Pergamon Museum in Berlin. In order to obtain research funds for her work, she is persuaded to participate in an extraordinary study: to live for three weeks with a humanoid, tailored to her character and her needs, whose artificial intelligence is designed to be the perfect partner for her. That’s how Alma meets Tom (Dan Stevens), a machine created solely to make her happy. the ideal man is a comic-tragic tale about love, longing and what makes a being truly human.

The reality show “Making the Cut” was created by the duo of presenters of the famous “Project Runway”: model Heide Klum and the mentor of the competitors, Tim Gun. This new season brought together young stylists from several countries, including the Brazilian Rafael Chaouiche, from Curitiba. Each episode, participants are challenged to create two outfits, one for the catwalk and the other more commercial. The one who presents the worst look in the opinion of the judges is eliminated from the game, the best one gains the advantage of being immune in the next round. In the first two episodes available, the Brazilian is doing very well in the competition. A great choice for those who like the genre with the attraction of rooting for a fellow countryman.

When we think that all kinds of possible realities have already been invented – blind marriages, feet with horrible problems, bad plastic surgery, etc… – an even stranger thing appears. Canadian actor and comedian Nathan Fielder sets out to prepare ordinary people to face a difficult situation. To do so, he recreates exactly what the assisted person will face and rehearses each step, each word. In the first episode we see Nathan grooming a man who doesn’t know how to tell his trivia group that he’s been lying for years about having a master’s degree. An actress plays the role of the trivia colleague, what can she say, how will she react etc… I’m not even sure if you can call it reality, it’s more of a social experiment. Nathan Fielder, known for his performance in the series transparent (Prime Video) passes a certain vulnerability, which makes the participants comfortable. 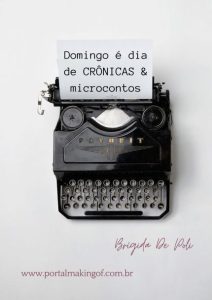