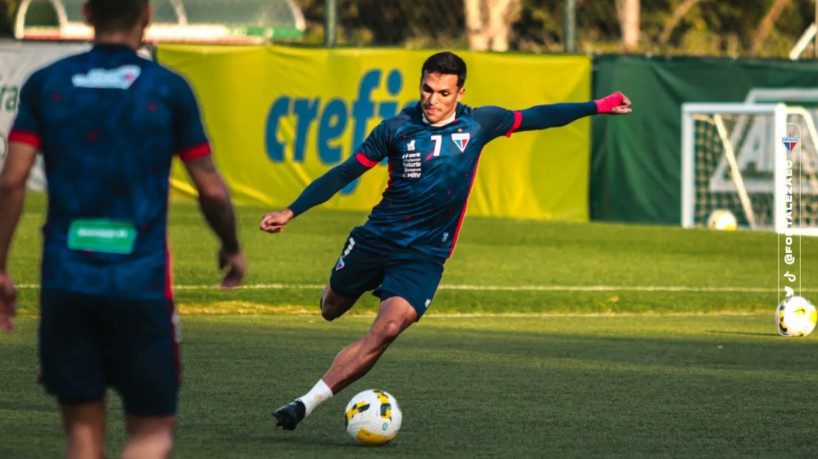 At the Palmeiras CT, this Saturday afternoon, Fortaleza ended its preparations to face São Paulo, on Sunday, at Morumbi. In the last activity, Vojvoda defined the team that starts playing for the Lion.

On social media, the club released images of part of the warm-up and the work of the goalkeepers. Through photos, it was also possible to notice the formation of two teams for collective training.

The son of striker Thiago Galhardo, Bernard, was there and played with his father before work began. The club showed the moment on social media.

Galhardo is Fortaleza’s option to face São Paulo. He, defender Marcelo Benevenuto and midfielder Zé Welison return from suspension. The casualty must be Bryan Ceballos, who still complies with protocol to return to training after having suffered a head shock in the previous game, against Corinthians, and having left the field unconscious.

The duel between the tricolors takes place at 4 pm this Sunday, in Morumbi.

Previous Maximum Speed: At 58, the actress in the film stands out for her beauty and talent on Instagram
Next How to remove read confirmation from WhatsApp | practical guide