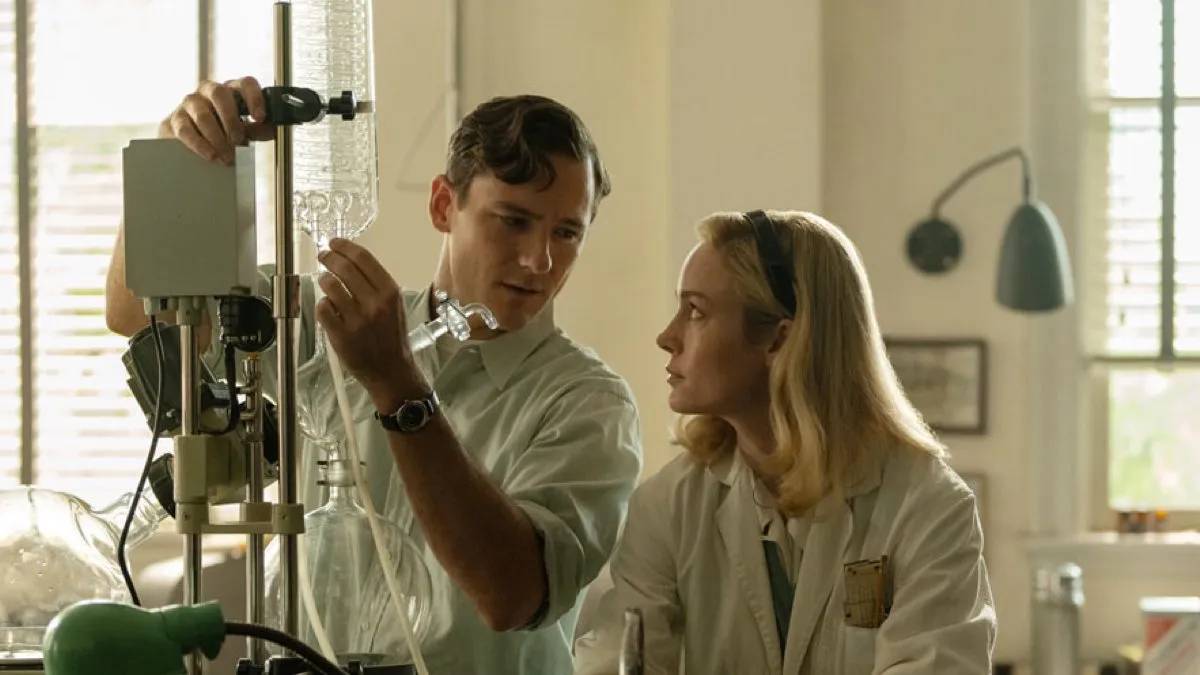 The photos bring Larson alongside the co-protagonist Lewis Pullman.

The production is based on the novel written by Bonnie Garmus.

The plot follows Elizabeth Zott, whose dream of becoming a scientist is suspended in a society that considers women to belong in the domestic, not the professional, sphere. When Elizabeth discovers she’s pregnant, alone and fired from her lab, she takes a job hosting a TV cooking show and begins teaching a nation of housewives – and the men who are suddenly listening to her. – much more than recipes.

The series is written and produced by Susannah Grant (‘Unbelievable’).

‘Lessons in Chemistry’ There is no confirmed release date yet.