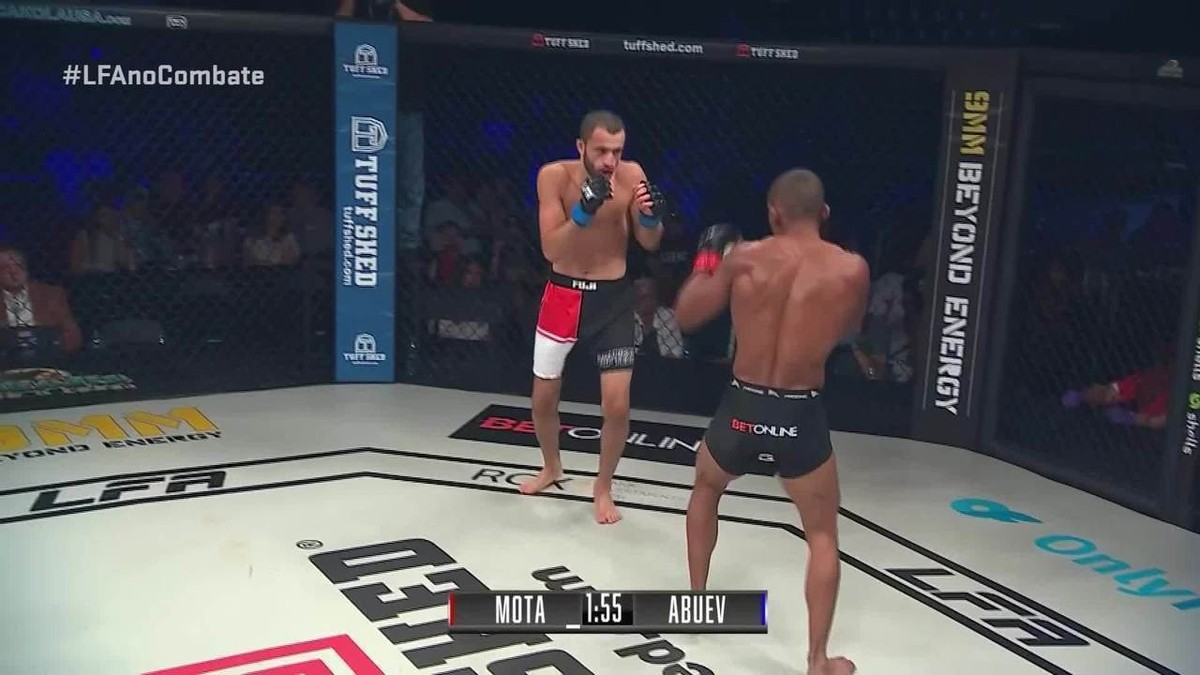 This time, he didn’t escape. In his second opportunity fighting for the LFA flyweight belt, Carlos “Tizil” Mota won this past Friday and became the new champion of the under-56.7kg division. In the city of New Town, USA, he knocked out Russian Rizvan Abuev at 3:14 of the first round. He now has eight wins on his record and the only loss was to former LFA champion Charles Johnson, in January, a rival who is now in the UFC. The Brazilian analyzed the victory while still on top of the cage.

– I looked at my other fights, me and my coach Francisco Bueno and my team, and we always try to evolve. We saw that we could improve these “body shots” and we worked hard on the entry and exit. We have a great team and we only did what we train (…). My opponent knew he was very tough, experienced, but I trusted my hand, I knew I was hitting hard. I trained with a lot of good boxing professionals.

At the start of the fight, Abuev fired a kick to the beltline, but Tizil didn’t leave it unanswered and entered the close range, dropping his left leg and a punch to the beltline. The Brazilian started to connect the left hand blows to the opponent’s body, always arriving before. Abuev managed to catch and hold Tizil’s leg, but the Brazilian avoided the fall. Next, Tizil went up and threw his left hand over the Russian’s guard, combining with a high kick. Afterwards, he applied a hook to the waistline.

In the second half of the first round, Tizil connected once more with his left hand and this time Abuev fell. Tizil tried to capitalize on the Russian on the ground and hit him, but Abuev managed to get up. Unable to make his takedown game, Abuev saw Tizil hitting the body all the time and maintaining a great volume of blows, until, after another blow to the waistline, a left hook right in the face took the Russian to the ground. . Abuev was knocked out and Tizil was able to celebrate the title.

The LFA 140 would still have Brazilian Mairon Santos in action, but the PRVT fighter failed to weigh in on the eve of the event and was 1.2kg over the featherweight limit for the duel with Dwight Joseph. The American, who comes from bantamweight, didn’t accept the fight even with the Brazilian giving up part of his purse.

Check out the full results of the event: