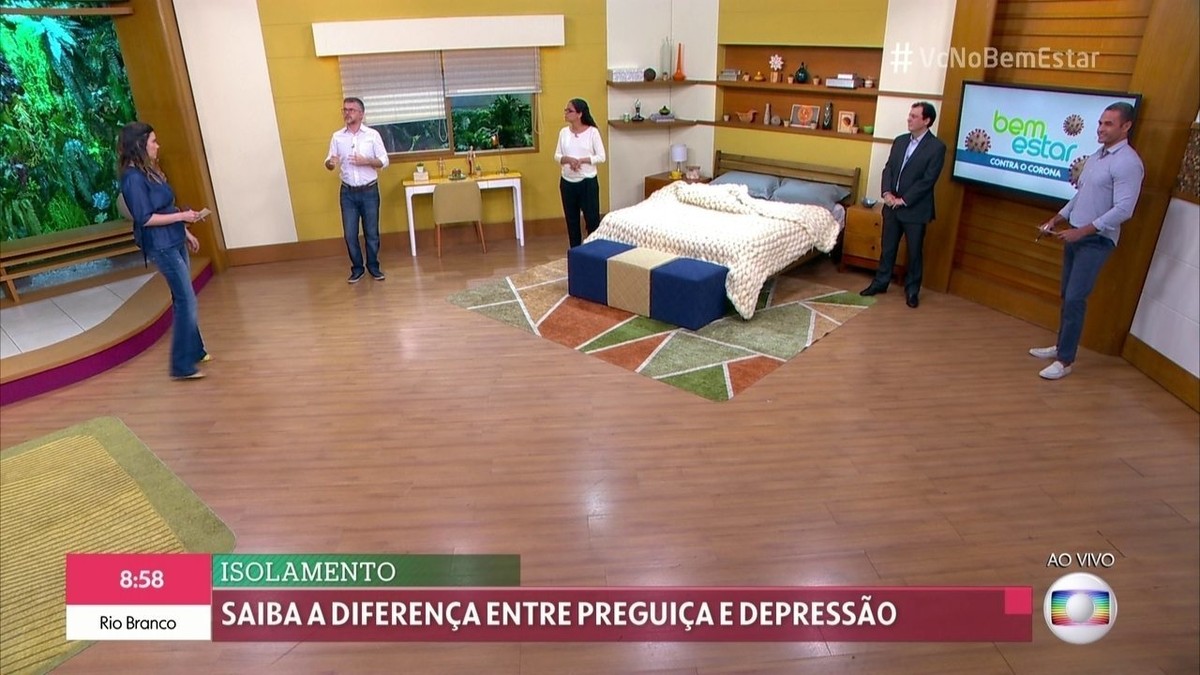 Number of depressed young people doubles after the pandemic; understand the reasons | Health

Diagnosed with depression a few months before the start of the pandemic, Lara Zanini felt her mental health take a turn for the worse when she entered high school. The new reality of social isolation along with the pressure of training for the entrance exams aggravated the anguish she already carried.

“It weighed a little because you never know what’s going to happen, you can study as much as you can, but you don’t know if you’ll pass or not. You want to make your parents and family happy, you want to be proud of yourself and pass good colleges.” that have your profile, and there is a lot of question of whether it will happen or not”, says the 19-year-old.

Her case is not unique. In addition to stating that she has several friends facing similar situations to her, data from the Covitel survey (Telephone Survey of Risk Factors for Chronic Noncommunicable Diseases in Times of Pandemic) show that the number of young people diagnosed with depression practically doubled after the pandemic. The prevalence of the disorder in young people aged between 18 and 24 was 7.7% and jumped to 14.8%.

Psychiatrist Guilherme Polanczyk says that this increase is the result of a set of situations that caused great stress.

“Fear of illness, economic losses, family stress, grief and difficulties at school are factors that have very particular effects on each person”, says the psychiatrist.

A study published by the scientific journal ‘Nature’ shows that this is also due to the change in adolescents’ expectations regarding their future opportunities. The research ‘Adolescent psychosocial well-being one year after the COVID-19 outbreak in Norway’ reveals that the pessimistic scenario challenged adolescents’ basic beliefs about living in a safe and controllable world.

“Economic recession hits those in the early stages of their careers, making entry into the labor market more difficult,” the authors write.

The challenges, however, are constant and take different formats. “Now that the pandemic has relieved me and I went back to face-to-face, I had another worsening. I’m afraid of getting sick and someone in the family getting sick. I was already used to it and I produced a lot at home, now I have to go to college in person and that makes me overloads a lot”, says the law student. 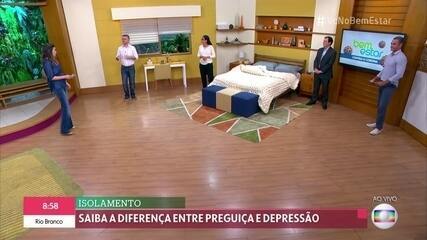 With symptoms of anxiety since the age of 11, the diagnosis helped Lara clarify other difficulties she had been experiencing at school, such as low grades. When exposing the situation to the educational institution, the young woman found a lot of support and faced the school recovery in a calm way.

Polanczyk, who is also a professor of Child and Adolescent Psychiatry at the USP School of Medicine, says that the school must also be a space for promoting mental health.

The doctor recalls the possibilities that teachers have on a daily basis to identify behaviors that deserve attention, since the school is the main interaction environment for children and young people.

“If we can intervene, we can both avoid problems and help. It is a space that is also responsible for the mental health of children and adolescents. We can think of strategies to have an adequate climate between students and teachers and address mental and socioemotional skills such as empathy, cooperation”, he suggests.

Learn how to spot signs of depression

At the other extreme, the elderly

According to the World Health Organization (WHO), every individual aged 60 years or older is considered elderly. The population of this age group also had their mental health impacted by isolation, but in different ways.

“In a young adult, [a depressão] it has a more subjective content, with more fatigue, melancholy and loss of energy. The elderly may have a similar picture, but sometimes with more apathy and anxiety symptoms. It’s a brain that can have more vascular lesions and atrophies happening, which can present as a depressive condition. The pathophysiology is different”, explains Jorge Silveira, psychiatrist and psychogeriatrician.

Silveira, who is also a collaborator at the psychiatry institute at the Hospital das Clínicas of the Faculty of Medicine at USP, points out that there is a big difference between what is senile and what is part of senescence.

Senility is the manifestation of diseases characteristic of old age, such as changes in brain functions responsible for memory, reasoning and motor control. Senescence is the natural and expected changes during aging.

“The increase in life expectancy makes us identify a higher prevalence of dementia. Aging is a non-modifiable risk factor. If someone starts to present a depressive disorder exclusively in old age, probably in the next two years they will present a cognitive disorder, since mood swings are symptoms of some dementias and we take them as a warning sign”, explains the psychogeriatrician.

The main sign that something is not going well is a change in the person’s pattern of functioning. This involves both more characteristic details, such as a more depressed mood, as well as greater difficulty in concentration and decision-making, in addition to decreased pleasure in day-to-day activities. Elderly people, especially, tend to be insomniac during the depressive process.

For Lara, a mental health issue is like being inside a burning building. “The medicine will help us to get out of this building without being too painful, but what really cures is the therapy”, says the student. During the almost three years of therapeutic follow-up, she feels that the greatest gain was self-knowledge. “By understanding why I act in certain ways, I was able to break the pattern of harmful behavior,” she reports.

In children and teens, as in adults, depression can be a one-time episode that has been treated, resolved, and will never recur, but it can also be the beginning of a serious course of problems over time.

“Some will develop depression over time. We know that stress, like the pandemic, stays in the brain, changing its functioning. So sometimes the results only appear in behavior a while later”, says the psychiatrist.

It is important to point out that there is a difference between depressive symptoms (being sadder, lacking energy and not wanting to do things), for a diagnosis of depression.

All youth is based on interpersonal relationships through which people develop their skills and self-perception. When depression is present, all of this is affected.

“By the very definition of depression, it’s someone who is going to have fewer experiences and see themselves in a more negative way,” says Polanczyk of the consequences that a depressive disorder can have.

This interference in development also impacts learning and social relationships. If this is carried for a long time without proper follow-up, there is a greater risk of permanent developmental damage, such as dropping out of school or difficulties in relating.

Another study, published in 2020 in the Journal of Child Psychology and Psychiatry, showed that teens who slept poorly at age 15 were more likely to have anxiety or depression at age 17, 21, or 24.

Conducted in the United Kingdom, the survey “Self-reported sleep patterns and quality in adolescents: cross-sectional and prospective associations with anxiety and depression” analyzed information from just over 5,000 people, followed from 15 to 24 years old, and concluded that poor sleep represents a risk to mental health.

The psychiatrist says that having a regular sleep schedule and sufficient number of hours is essential, as well as having an adequate diet, things that are part of the process of regularizing the physiological cycle of sleep and wakefulness. Eating properly and doing physical activity are two other pillars, as is having someone to count on. “You need to feel that you have support and a person to turn to when you have difficulties”, concludes Polanczyk.

Previous Album of the Cup: discover myths and truths from the collection – 08/28/2022 – Esporte
Next Best new movies added to Netflix this week: August 28, 2022