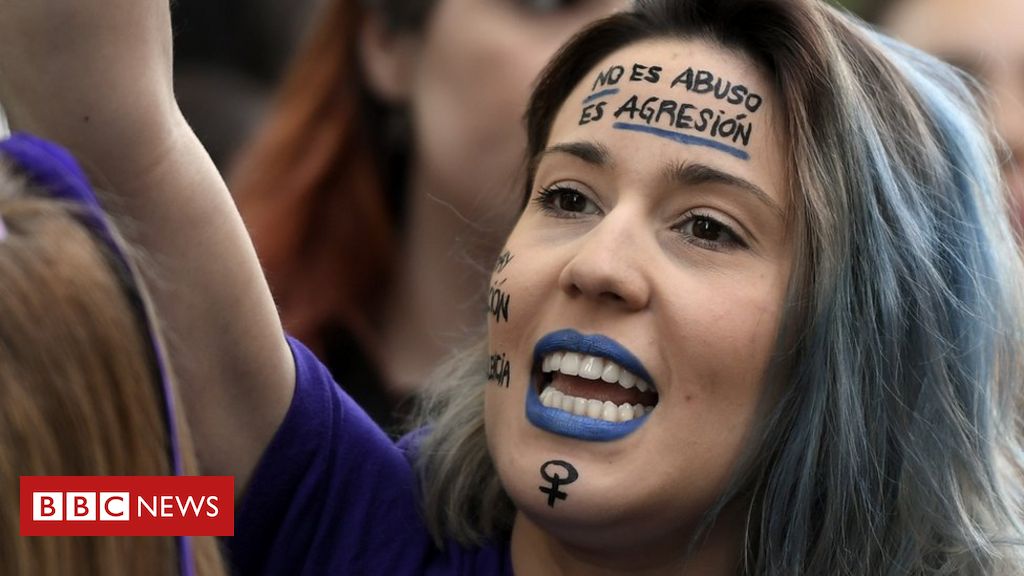 ‘Only yes is yes’: why sexual consent law causes controversy in Spain

It was approved on Thursday (25/8) by the Congress of Deputies in Spain, after more than a year of bureaucracy. There were 205 votes in favor and 141 against.

After being signed by the king, it will be registered in the Official State Gazette and will likely go into effect in a matter of weeks.

The left-wing coalition that governs Spain guarantees that it is one of the most avant-garde laws in the world in favor of women’s rights.

Her critics, however, believe she violates the presumption of innocence and equality before the law.

Below, understand the main points of the Sexual Freedom Act.

The law has its roots in the controversial “La Manada” case.

This was the name of the WhatsApp group in which the five men who raped an 18-year-old girl interacted during the San Fermín festivities in Pamplona, ​​Spain, in 2016.

The Spanish justice condemned them only for sexual abuse on the understanding that there was no violence or intimidation, but this was later rectified and the Supreme Court ended up raising the sentences from 9 to 15 years in prison for rape.

The case generated demonstrations across the country and Spanish society’s demand to reform laws to protect women from sexual assault and toughen punishments for those who commit them.

The current Spanish government, declared openly feminist, then began to design the new law, which implies important changes in the treatment of sexual crimes and in the assistance to victims.

“Only yes is yes” refers to the most important and also the most controversial of the postulates of this law: consent before any sexual interaction.

“It will only be understood that there is consent when it has been freely expressed through acts that, given the circumstances of the case, clearly express the person’s will”, states the text of the Law.

Thus, sexual conduct without consent will be considered aggression and will be punished with different penalties, depending on the circumstances and aggravating factors of the case.

This presupposes that a sexual assault does not necessarily imply the use of force or that the victim has tried to resist, since, for example, his or her passivity may be conditioned by intimidation or the ingestion of alcohol or other substances.

“No woman will have to prove that there was violence or intimidation in an aggression for it to be considered an aggression. We recognize all aggressions as sexist violence”, Spanish Minister of Equality, Irene Montero, told the press.

The new law removes the current distinction between sexual abuse and sexual assault.

Thus, any sexual interaction without the consent of the other person will be an assault and will be punished with a penalty of 1 to 4 years in prison.

There is also an aggravating factor for chemical submission.

This means that using medicine or drugs to lessen or nullify the victim’s will, something that has been considered abuse until now, will become aggression.

Regarding homicides for sexual violence, the new law seeks to differentiate the homicide of women linked to sexual violence from other types of crimes involving death.

“Sexual femicide” will be considered “the most serious violation of human rights linked to sexual violence, which must be made visible and to which a specific response must be given.”

Harassment on the street is now punished as a misdemeanor and the justice system can apply sanctions to those who practice it, if the victim reports the case.

This type of attitude will be punished with 5 to 30 days of house arrest, community work during the same period or a fine.

Digital sexual violence, which refers to sexual extortion through networks or non-consensual pornography, will also be prosecuted.

It also provides for a ban on pornographic advertising, which consists of vetoing advertisements that present a humiliating or discriminatory image of women using their body or parts of it, or associated with stereotyped and offensive behavior.

This point will also serve to prohibit advertisements that promote prostitution or that could be considered racist, homophobic or discriminatory.

For victims of sexual assault who earn less than the local minimum wage (currently €14,000 a year, around R$70,000 a year), the law provides for generous financial aid and priority access to public housing.

It also plans to establish at least 50 24-hour crisis centers across Spain where victims, family members and close friends can receive psychological, legal and social assistance.

There are currently two – one in Madrid and another in Asturias, in the north of the country – and the Spanish government has already allocated 66 million euros (approximately R$330 million) to this project.

With the new Sexual Freedom Act, sex education will be mandatory at all stages of education, as well as in university careers linked to teaching, health and the judiciary.

In addition, sex offenders will also have to receive mandatory sex education.

Criticism of the Law

Since it began to be discussed more than a year ago, the law has received criticism from the right, as well as from judges and part of society through the networks.

The 21 magistrates of the General Council of the Judiciary (CGPJ), the Spanish justice body, unanimously approved a report in 2021 that questioned fundamental aspects of the law.

The judges found that the principle of the presumption of innocence could be in danger: defining what consent is – rather than what it is not – forces the accused to demonstrate that the victim said “yes” before the sexual encounter.

This is the same concern expressed by the main opposition party, the Popular Party (PP), which voted against in Congress.

Meanwhile, the far-right Vox party considers the law “ideological and sectarian” and believes it “opens the door to the use of false accusations” to obtain benefits such as regularization in the case of illegal immigrants.

Previous Atlético-GO fires Jorginho after defeat to Goiás in the classic | athletic-go
Next Gabriel Magalhães fails, redeems himself and Arsenal beats Fulham in a comeback – 08/27/2022