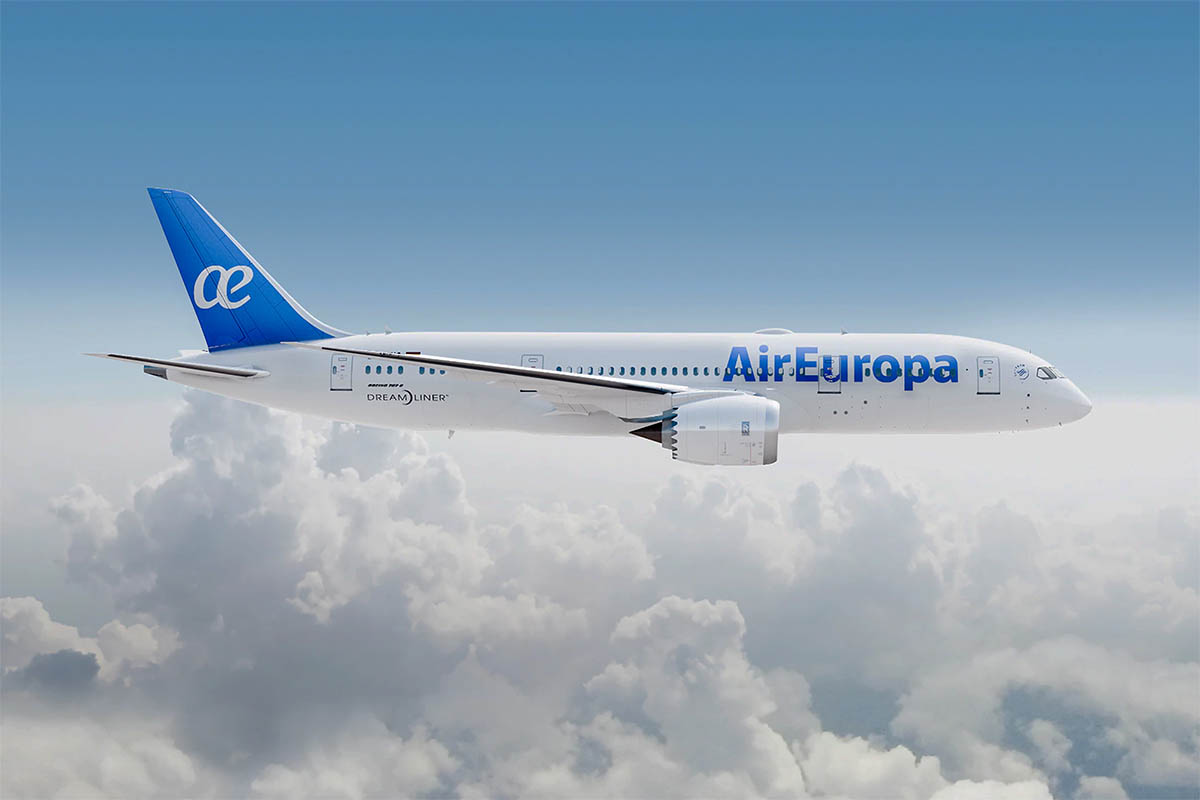 A few days after talking about ordering the Airbus A350, Air Europa closes the lease of Boeing jets

A few days after telling the tourist newspaper Preferente that it should order eight Airbus A350 planes, Air Europa signed a deal with the leasing AerCap leases five Boeing 787-9s and ten Boeing 737 MAX 8s with delivery starting in 2024. The novelty of the order is that Air Europa will become the first Spanish operator of the Boeing 737 MAX aircraft.

Richard Clark, Director General of Air Europa, said: “We are delighted to reach this agreement with AerCap, with whom we have a long and successful relationship. This reinforces our strategy of unifying the fleet around the most modern, efficient and sustainable once again. Just as we were the first Spanish company to incorporate the Boeing 787 Dreamliner, we are now doing the same by adding the new Boeing 737 MAX to our fleet.”

“Air Europa is a long-time friend and valued customer of AerCap. With this historic transaction for the airline, we are delighted to reaffirm our belief in the Air Europa business and management team and wish them every success with their fleet modernization program.”said Peter Anderson, commercial director at AerCap.

Throughout this year, Air Europa carried out an expansion of its fleet around Boeing models to respond to an increase in demand. In parallel, the company received a contribution of resources and had 20% of the capital acquired by the IAG Group, of which its competitor Iberia is part.

Previous Xiaomi ends support for MIUI updates for Mi 8 Series, Mi 9, Redmi 7A and more
Next House of the Dragon: Who is the series’ new mystery villain? Meet Engorda Caranguejo – News Seen on the web