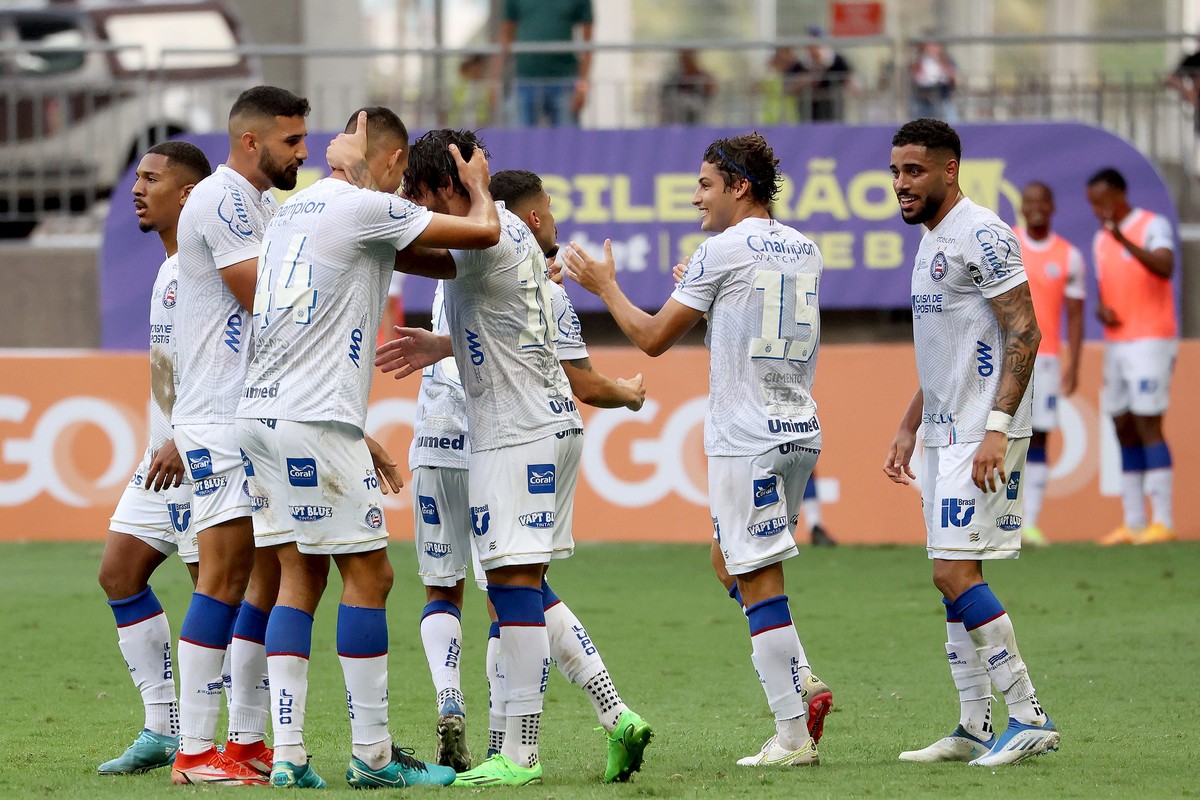 The victory over Vasco, last Sunday, by 2 to 1, left Bahia in a very comfortable situation in Serie B of the Brazilian Championship. With 47 points in 26 rounds, Tricolor again opened nine points of advantage for the fifth place, which is currently Londrina. The team from Bahia reached a 94% chance of accessing the First Division, according to figures from the Federal University of Minas Gerais (UFMG).

Bahia has 14 wins, seven draws and five defeats, with a 60% success rate.

The university also claims that any club will have a 98% chance of securing themselves in the elite if they score 61 points. Therefore, the Tricolor would need 14 points in 12 games to practically stamp their spot.

The club that reaches 59 points will have an 87% chance of promotion, according to UFMG.

Bahia also has its best campaign in an edition of consecutive points of the Series B. Tricolor participates for the sixth time since the competition won the current format. In 2022, the Bahian team surpassed its best marks in both scoring and placement.

It is worth remembering, however, that Tricolor had 45 points in Série B 2015, after 26 games, but did not get access. At the time, the team from Bahia was in fourth place and just two points ahead of the fifth-placed team, Sampaio Corrêa.

Currently, Bahia has nine points more than the first club outside the G-4.

Bahia after 26 rounds in Serie B editions of running points

Bahia is a favorite for access to the First Division because, in addition to being in the G-4 since the first round and accumulating considerable “fat” for clubs outside the classification zone, has the third best return campaignwith 13 points, behind Ituano, with 16, and Cruzeiro, with 15.

G-4 from Serie B in the return

By the end of Serie B, Tricolor will have 36 points available in 12 rounds. If you win five games, you will reach 62 points and have a more than 99% probability of access, according to UFMG.

The next step will be against Ponte Preta, this Wednesday, in a game scheduled for 21:30 (Brasília time), at the Moisés Lucarelli Stadium, for the 27th round of the Segundana.