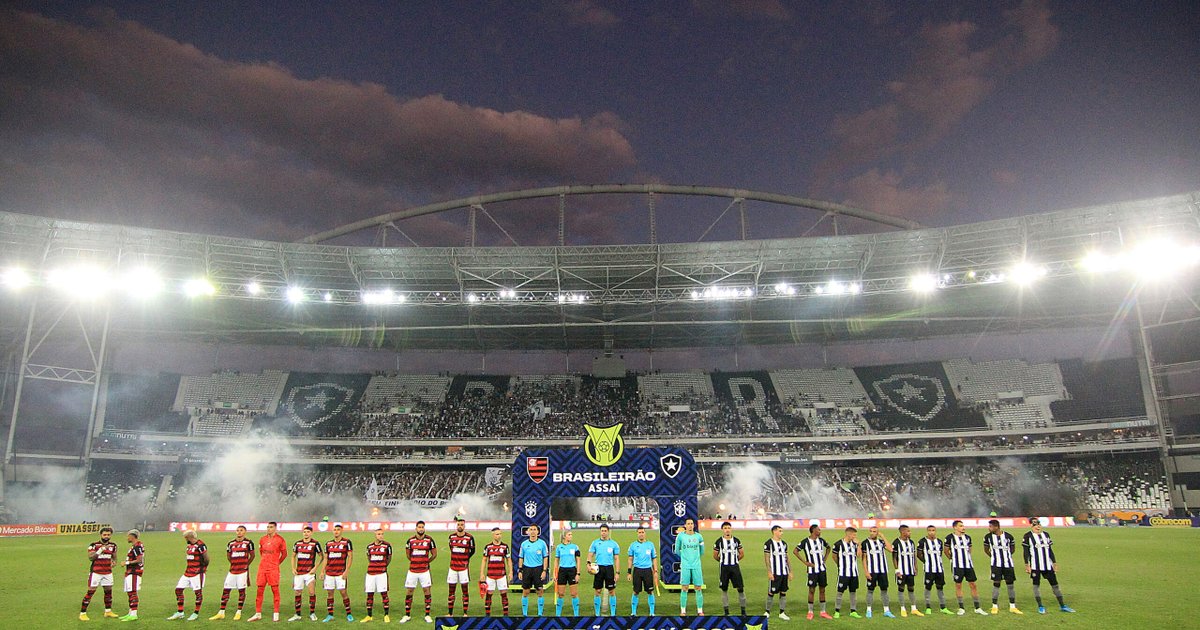 The classic between Botafogo x Flamengo, at Nilton Santos, last Sunday, was marked by a lot of confusion and rush involving fans of both teams. According to the Police Military, four people were arrested for incidents that occurred inside and outside the stadium. The red-black won by 1 to 0, with a goal scored by Arturo Vidal.

During the weekend, several videos of fights in Rio de Janeiro circulated on social networks. In the stadium, there was racing started about an hour before the start of the match. There was also a clash between crowds organized, where a group from Flamengo tried to access a place restricted to Botafogo.

Several videos also showed Flamengo fans infiltrating the Botafogo crowd, which generated several nuclei of confusion in the stands. According to reports, the PM itself encouraged the black-and-white fans to identify intruders. Private security also acted to expel the fans.

Among the reports, Botafogo fans asked fans who were shirtless to open Instagram, wallet, to certify that they were not flamenguistas.

Many red-blacks were in the Botafogo sector due to the expensive ticket in the place destined to the Flamengo fans. Botafogo partners were also able to buy at a discount for two more guests, which facilitated entry.

About 40 minutes before the ball rolled at Nilton Santos, fans of organized Flamengo clashed with the Military Police.

The group, who had been walking together through streets in the north of Rio, tried to access the stadium area via the Abolição viaduct. From inside Nilton Santos it was possible to hear stun bombs being used by the PM to contain the fans.

On Rua das Oficinas, even though the North sector is closed, there was a rush among Botafogo residents who walked there to access the East and West sectors.

The Military Police of Rio de Janeiro seized iron and wooden bars, as well as a baseball bat with barbed wire. According to the Special Stadium Police Battalion (beep), most of the weapons belonged to members of organized Flamengo fans, but there was also material from Botafogo fans.